FLANNERY: Do humans possess the potential to move forward from our violent past? 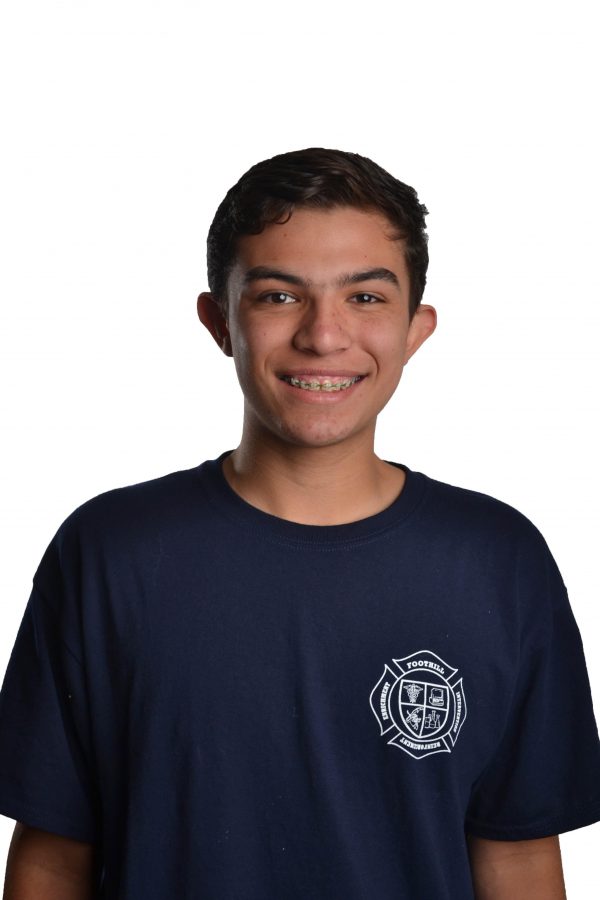 The human race is a peculiar one: we have advanced so much as a species, yet have done incalculable harm to ourselves in the process. Constantly simmering at the surface, human violence has struck again with the tragic Manchester bombing, which rocked Europe and America with waves of terror. Questions of European security, celebrities addressing a shocked people; and from this manifests the existential question of whether our race will ever escape our destructive tendencies, or if we will be consumed by them.

To answer this, I ask another question: what does it mean to be human?

Does it mean to be empathetic and compassionate for others? Does it mean preaching “I have a dream” to a sea of believers, raining aid from the heavens for a people separated from their kin by walls of stone and oppression, or merely adopting a damaged, destitute puppy abandoned to a storm drain? Does it mean to march for women, march for cancer, or march into war for the plight of an oppressed populace? Does it mean to love those for who they are, while not branding them for what they are? Does it mean cheering on those who have lost through terror and strife: limbs from bombs, souls from shootings. Does it mean taking the time to remind a fallen brother or sister that the human race must get up and walk, that we aren’t much for crawling?

Or does being human mean being violent? Ravenous, cruel creatures? Do we divide a continent and enslave a people, lacerate the earth of Europe twice while wasting so many lives? Do we terrorize foreigners and do foreigners terrorize us? Do we fulfill a cycle of hate because we are too foolhardy a species to know who’s wrong? Do we continue to scar our Earth with the clouded excuse that we’ll make up for it? Do we plunder the bounty of resources, treat our earthly neighbors with the same decency we showed ourselves in quests of command and conquer? Are we beings that revel in hatred: towards ethnicities, nations, genders, religions, or anything that makes the person next to you a different shade of human. Do we purge and genocide, gas and destroy because of our nature? Were we premade to be forever creatures of malevolence?

Or are we willing to repair the damage we have done? Did we look at the clear skies turned cloudy, at the lives lost in mid-air who were destined for space, and not hold our loved ones close in mourning? Did we not feel the tremor when twin towers cascaded down into the ashen streets, or when we nearly tore ourselves apart at home fighting a war in quagmires abroad?

My point is that humans are by no means a perfect species. We are capable of so much potential, but we are not monotonous beings who sit idly by living molded lives. We experiment, we grow and we produce, and it’s the power that humans possess that can turn us baneful.

A child who prances with scissors runs the risk of of stumbling over and cutting themselves open; and we have torn our common flesh time and time before. We’ve also used these scissors as weapons, harming with deliberate cruelty for the sake of ideology and experiment. We can all list an appalling amount atrocities in our history, and many are rightfully condemned; but what fascinates me the most about the human race is that we can pick ourselves back up and keep progressing towards the eternal future.

There is the cynical view that we are programmed to repeat our mistakes, but I see a human race that no matter how corrupted parts of it may be, will make the unanimous effort to heal itself and make our way out of the howling dark. Did we leave the nations of Japan and Germany to squabble in rubble after the Second World War? No, we made sure to avoid the errors of the first Great War and worked to revitalize the parts of our race we had to attack. After the calamity that rose from the Vietnam War, American Congress passed the War Powers Act to prevent any future attempt to tear ourselves apart from a war the presidents had full power to wage, and while human discontent still thrives today, we haven’t become as rancorous since. In Britain, Alan Turing was posthumously pardoned by the Queen after he and many other homosexuals faced the tribulations of castration, ushering an era of forgiveness that could never come too late. We have developed vaccines so that children are never meaninglessly taken from their parents by diseases; France illuminated the Eiffel Tower as a memorial to the Paris shootings, and no matter what your opinion on the matter is, the social media filters that cascaded through profiles showed that humans are capable of compassion and an outstretched hand to extend help to our wounded siblings.

There are many more examples of humans learning from their mistakes, and the optimist clashes with the pessimist on whether they outweigh the harm we’ve done and the mistakes we’ve repeated. Today, we live in an age of Syrian turmoil, revived Cold War tensions with North Korea and Russia, and an increasing technological outlet for humans to commit crimes. Yet, I like to think that our race has a concept of equilibrium that will never be abolished, never be forgotten. I don’t view the world in the rose-tinted glasses that everything will work out immediately and that we aren’t capable of evil deeds, but I don’t think that is our sole driving purpose. Eventually, whatever damage we do will balance out with good, but we have to remind ourselves that for every live we cost, every construct we destroy, we are the only species with the power to bounce back from our mistakes and push onward: out of that howling dark and into the eternal future.