Students dance their hearts out at Great Gatsby Prom 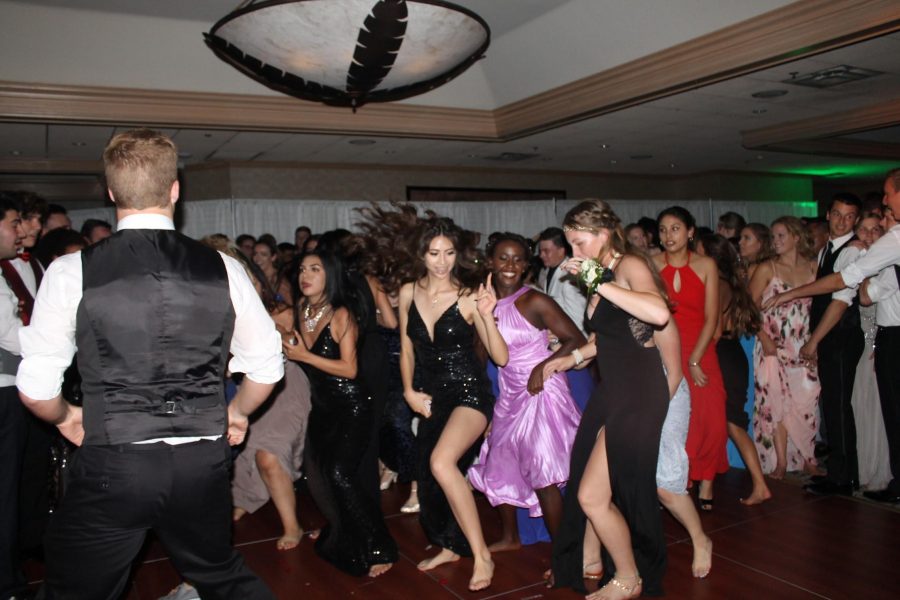 Laughter, dancing and singing filled the Las Posas Country Club last night at Foothill’s Prom. Students playing card games in 1920’s-inspired outfits emitted an elegant atmosphere that was all too reminiscent of a scene taken directly out of Baz Luhrmann’s Great Gatsby film (2013).

As organizing Prom has been Fickenscher’s largest project yet, seeing “everyone enjoying themselves and having a good time” was extremely gratifying and made her feel ecstatic.

Manish Manwani ‘17 and Josh Ramirez ‘17 felt they experienced Prom to its full extent.

“All of the cliques at Foothill come together as one,” Manwani said. “We’re not separated at all.”

Ramirez described Prom as “a very rich environment, like a big dance party and everyone’s just dancing together”, which he thought was “very nice.”

Teacher and Prom Coordinator Claire Adams was one of the adult chaperones at the event.

In light of the debacle coordinators faced on the overselling of tickets, Adams was very pleased by how “kind and sweet” everyone acted about the exclusion from dinner. Also, she appreciated seeing the guests who arrived after dinner “really happy and in a good mood.”

Adams joked that her favorite part of Prom was when the students leave because she gets to go home, but she emphasized that she loves “seeing everyone come in in their dresses and seeing how beautiful they all look.”

With a laugh, Levesque said “I like Kevin,” so she hoped she and Waechter would win Prom Queen and King.

Waechter was originally surprised to even be a candidate for Prom King, so when he heard his name announced after Levesque’s, he thought, “how could this be more perfect to finish off senior year?”

Editor’s Note: Julia Fickenscher is the Arts and Entertainment Editor on the Foothill Dragon Press. She was not involved in the production of this article in any way.