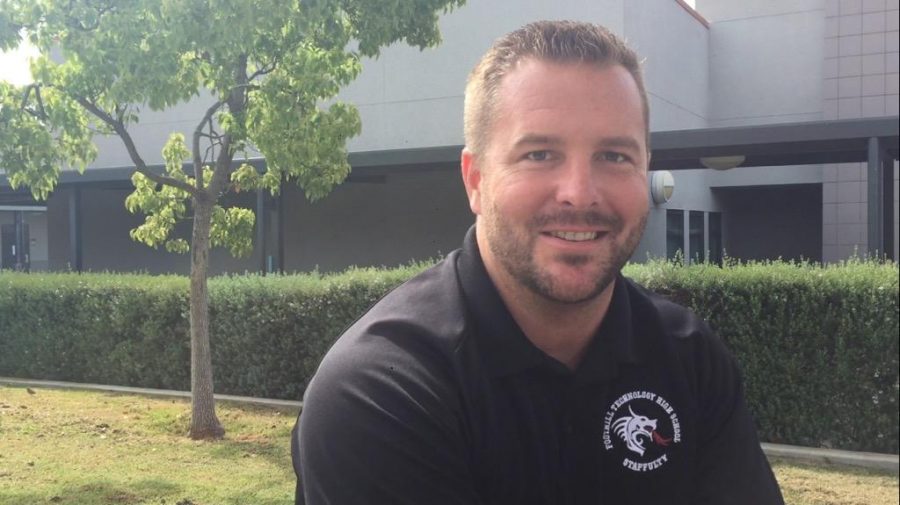 Around Foothill, “dude,” “bro” or just “Jim” are some of the informal titles used when referring to Jim Hinson, the substitute campus supervisor. Being a father of two, Hinson showed his fatherly instincts to students and faculty creating a safe atmosphere for the students. Assistant principal Ron Briggs said that this is important because “that makes the school safer and makes everybody feel like they can go to talk to somebody.”

Briggs said strong relationships developed with Hinson because “he is really engaging with the kids.”

Jim impacts the students’ lives because of how personable he is and “not everyone is going to remember your name like he is” Kiara McKinley ‘17 said. Around Foothill, Jim is “someone you can talk to and have a conversation with.”

As teenagers, we are so involved with thinking about the future that we almost forget that growing up involves awkward moments. When talking to students Hinson relates to the awkward personalities and moments, which is a relief to him because “it’s nice to know what I wasn’t just awkward, a lot of you guys are too.”

Parker Harris ‘17 recalled his favorite memories with Hinson when they would be “sitting out in the pod during fourth period talking about life” as in, “don’t do stupid stuff throughout your life but have fun.”

Briggs’ favorite memory would be “the time that I beat him in the push-up competition,” which shows the light-hearted attitude of Hinson.

“He just plays around with everybody,” McKinley noted.

In the future, Hinson sees himself being “a good citizen of the world” and eventually retiring with the Ventura Unified School District. At the same time, Hinson stated that “I don’t know what tomorrow is going to be like because tomorrow isn’t guaranteed.”

Hinson’s last message to Foothill students is to not “be so cynical, things really aren’t that bad, and things aren’t as complicated as you think they are.”