The Foothill Dragon Press • May 12, 2011 • https://foothilldragonpress.org/2583/news/foothill-community-grieves-over-death-of-alumni-from-class-of-2009/

Foothill community grieves over death of alumnus from Class of 2009 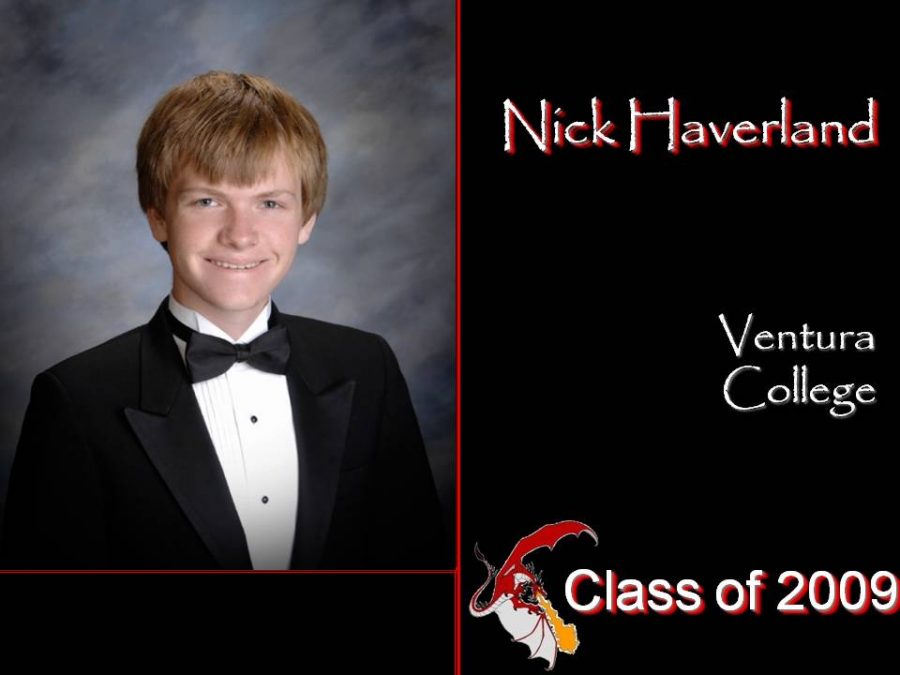 Tears and grief-stricken faces were commonplace all around campus today as staff and students learned of the death of 20-year-old Foothill alumus Nick Haverland.

Haverland died Wednesday night while riding his bicycle after being hit by a man driving a Hummer. The crash occurred at around 6:50 p.m. near the intersection of Telegraph Road and Mara Avenue, and the driver, who was allegedly under the influcence, fled the scene, according to police reports. Haverland graduated in 2009 from Foothill.

Foothill senior Henry Geerlings, who was Haverland’s best friend, was riding his bike with Haverland at the time of the crash. He was riding on Haverland’s right side but was not injured. He immediately called 911 and Haverland’s family members after the crash.

The driver, who was identified as 49-year-old Satnam Singh of Ventura, fled the scene after crashing into, and fatally injuring Haverland. {sidebar id=17}

Singh is also being accused of injuring two other bicyclists and a family of three in a pickup truck at around the same time on Wednesday. He fled the scenes of both incidents.

Singh was arrested Wednesday night for gross vehicular manslaughter while intoxicated, along with hit and run and driving under the influence. Both of these alleged crimes are considered felonies.

According to principal Joe Bova, Haverland is only the second Foothill student who has died since the school was founded in 2000.

On Thursday, Haverland was remembered by friends, who paint the picture of a happy and caring young man.

“He was a great guy,” said Foothill alum Katie Miller, who graduated in 2010. “He was always joking around, always smiling and laughing…and now he’s gone. It’s all just very hard to comprehend.”

Other friends posted tributes to Haverland on his Facebook wall.

“All I can think about is your smiling face,” wrote Haverland’s high school sweetheart and Foothill alum Selina Mendoza. “Everything we have ever done together. All the memories. Your voice. It’s all ringing in my head. I keep thinking about how it’s not fair. Why did it have to be you? Why did they take you?”

Mendoza, who gave the Foothill Dragon Press permission to publish her post, finished by saying, “I can’t think of all the words I need to say to you. Just be in a better place where you have no worries. Know that everyone down here loves you. We miss you.”

Haverland’s former teachers were also mourning the loss of their former student.

“He is one of those students that will forever hold a place in my heart,” said teacher Robin Houlahan, his sophomore English teacher. “Nick was a dreamer, a philosopher, a nature-lover. He was thoughtful, creative, clever, reflective, witty, and sharp as a tack.”

“He had an unshakeable sense of right and wrong,” Houlahan said. “A selfless consciousness about how all living things should live in harmony.”

His AP English teacher Jennifer Kindred remembers Haverland as “a young man who seriously pondered the meaning of life and was not content with easy answers or simplistic solutions.”

“I’m simply devastated that such a talented, intelligent and gentle person was taken from us before his life even got started” said Kindred. 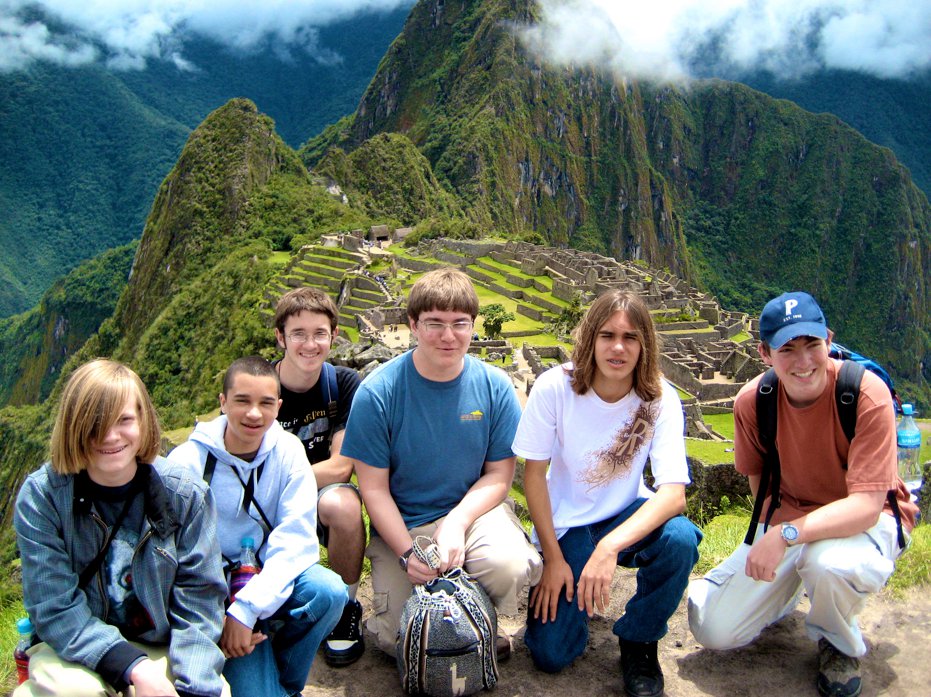 Haverland was finishing his last semester at Ventura College and had been accepted to a university in Hawaii to major in ethno-biology.

Alumnus Steven Du, who graduated Foothill in Nick’s class, said Haverland was one of the nicest friends he ever had.

“No matter who you were, when you met Nick, it would put a smile on your face,” Du said. “He had a genuine soul, and a sincere smile. not only was he one of my best friends, but I thought of him as a brother as well. He changed my life, and he brightened all of his friends day, and now the world has lost a special person, that clearly was going to change the world for the better.”

Foothill counselor Debbie Freeman stated, “He loved the study of bugs, and I thought he would eventually grow up to be a famous entomologist one day. He is a student that I always thought about, that stood out in my mind.”

She continued, “He had a wonderful, loving family that loved him so much.”