The evils of the school system 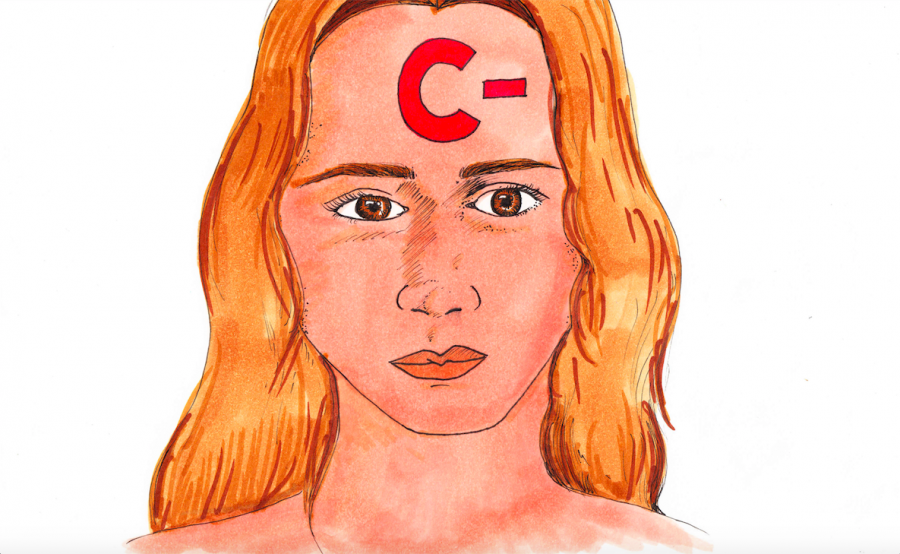 Is it possible for high school students to only focus on learning without consequences? Unfortunately, no. When you learn to ride a bicycle, the consequence of not being able to ride properly was a fall and maybe a scrape. In high school, the consequence is far more permanent: a letter grade on a transcript that will never go away.

Can a letter grade be a faithful representation of your intelligence and work ethic? Not really. Although a letter grade can be somewhat reflective of the work ethic and energy put towards a particular subject, it is a result which means we give more applause to the gaining than to the trying.

After students are churned out by the industrial school system, they are supposedly “college-ready.”

The National Assessment of Educational Progress (NAEP), the largest standardized test administration in the United States, says differently. Reports show that fewer than 40 percent of graduating seniors are college and career ready, despite the fact that high school graduation rates have been at an all time high of 82% these last few years.

So what are schools doing wrong? I think there’s something fundamentally skewed about ranking our subjects in terms of importance as we do now. Basic high school graduation requirements mean four years of English, three years of math (with four years strongly recommended), etc. Humanities, music and fine art are referred to as the “softer” arts, and high school requirements reflect this view.

For example, students only need one year of visual or performing art, and a social science like Advanced Placement (AP) Psychology doesn’t even earn you college credit. Obviously, these subjects are regarded as less important. Yet, who exactly created this association? While being able to read, write and perform basic arithmetic is important, taking AP Calculus is not even of passing importance to a prospective English major beyond the grade point average (GPA) boost.

Subjects should be considered important in their application to the real world. In an era whose appetite for arts and entertainment is insatiable, the “softer” arts should not be indicated as inferior subjects. However, as delightful math may be, given an opportunity to choose my classes while disregarding school requirements, none of them would be math. But here I am, a junior taking Honors pre-calculus, because three years of math is a requirement.

The exploration of careers is not emphasized enough. We spend too long on subjects that, to most people, have no clear application in the world; we don’t spend enough time dabbling in different fields. What does a major in economics entail? I have no idea. The education system should make students more aware of fields and majors, and recommend courses based on prospective majors. Schools should make a point of introducing students to prospective careers much earlier than high school. Education should be about experimentation and skills to apply to the real world instead of emphasizing skills that students will most likely never use.

To give perspective, we are all going to die. Let me repeat: WE ARE ALL GOING TO DIE. I was one of many Foothill juniors to waste five hours of my life on March 11 taking the SAT, darkening tiny circles that had letters in them. What’s even more extraordinary is if I happen to have filled in the majority of the right tiny circles, I may even get into the college of my choice.

School is a game. You either play the game as best you can or refuse to engage the system at all, in which case, you lose by default. Demonstrating your unwillingness to play the game is a fruitless endeavor, because who will see you as an educational authority if you have never graduated high school, or attended college? How can you excuse others from having to play without first playing yourself?