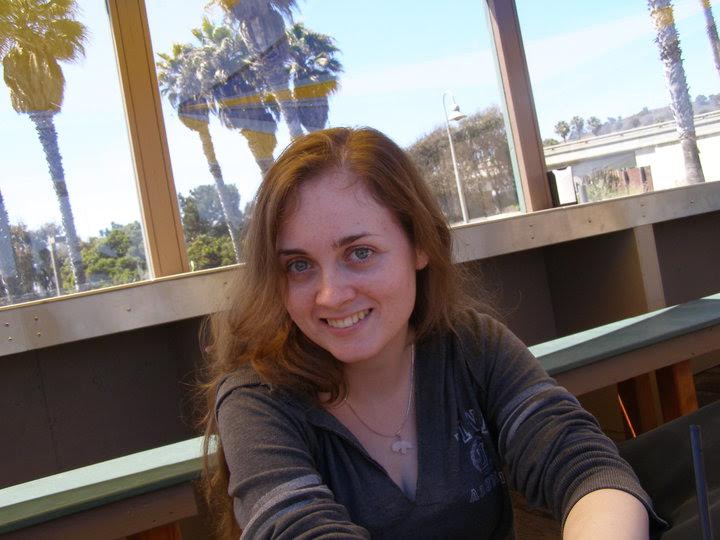 Within the trailers in the Ventura College parking lot, which were temporarily used as Foothill’s campus as the new one was constructed, alumna Sarah Rodriguez ‘04 would be found listening to Phantom of the Opera or jamming out to Pink Floyd with her friends.

Rodriguez recalls that her friends helped make her high school experience memorable, as they were a close-knit group. “We were artsy, poetic, a touch of goth, rock, hippie and weird,” she said with a laugh.

The Foothill teachers were “really impactful” throughout her high school career. “My teachers were really determined to give us a really steady curriculum that prepared us for college and beyond.”

“That was extremely helpful, especially since my other three siblings didn’t have anything that structured and set up,” she added. “As they moved forward, they actually learned a lot from me, to get into the real world and college.”
“Talk to that stranger you didn’t think you’d be able to talk to. Have the courage to confront any fear you have,” she said. “If you can get out of that mindset of being afraid of the word ‘no,’ you can conquer and do everything.”
However, while still on Ventura College’s campus, Rodriguez felt that the Foothill student body was lacking community and enthusiasm for their school.

“We had nothing and all the other high schools had everything. The Cougars had their big stuff and their football games” she said. “At the time, we were being told that we wouldn’t even have sports. We weren’t going to have a prom.”

Because of this, attending Foothill in its founding years was “tough,” as Foothill students would watch the other high schools continue to expand and participate in school events. According to her, “everyone was a team and we needed that.”

Rodriguez and her friends were inspired to bring school spirit to the small Foothill community, so they went in front of the Foothill student council saying they wanted to “do something about it.”

“We told the council that everyone else feels a part of a high school community and a part of their school, but that we were still very disconnected and not everyone felt a sense of community,” she said.

The council came up with the idea of voting for a school mascot, which Foothill lacked in its first years. Rodriguez and her friends were “pushing for anything special” and different, including the first idea of the phoenix.

“We were the millennial type students, rising from the ashes,” she explained. “But no one was catching on to the phoenix being our mascot.”

The original school colors attached with the phoenix mascot were pastel sunset colors, including red, orange and pink. “They definitely were not epic colors,” Rodriguez recalls.

Instead, Rodriguez and her group of friends went back to the student council, which decided anyone could campaign for a Foothill mascot, colors, and slogan, to be voted on by the student body.

This is how Rodriguez cultivated her Foothill legacy. She campaigned every day at lunch for a dragon mascot, passing out buttons and stickers. Rodriguez remembered how one day while campaigning, another student came up to them and said their dad, who worked for Disney Animation, sketched a concept for the dragon mascot, which they put forward for the campaign.

Suddenly, other local artists came forward, promising that they would help with design if Foothill’s mascot became the dragon, Rodriquez remembered. “Then the campaign really took off,” with this newly designed mascot and new school colors of red and silver.

When the entire school moved on to the newly painted and constructed campus, Rodriguez recalled that people were more united. “It was our new campus, our home,” she said.

“I definitely saw more people coming together and working together to get things like prom,” she added. “There was a huge push for extracurriculars like music and joining sports teams. We were the Dragons together.”

The Dragon mascot “definitely made a stronger community,” even after Rodriguez left Foothill due to medical reasons. She was “very sick” with chronic migraines which caused seizures, so she had to leave Foothill and continue her high school career by attending a continuation school and then Ventura College.

Immediately, she went into the workforce, striving to become a graphic designer, but becoming a contract validator and an accountant. Her experience in the accounting job led to her employment at Google in Silicon Valley, which she found “boring.”

Rodriguez returned to Ventura to assist her mother as she struggled with medical surgeries and other health issues. While at home, she stayed connected on social media by making friends through Reddit, and she eventually got in contact with the person who became her husband. After her mother was healthy again, she was “ready to move on.”

“There was an opportunity for me to learn abroad and experience a new life. So I jumped at it,” she said. “How can you say no to that type of opportunity when it knocks?”

Rodriguez moved to Ireland with her husband shortly after, and struggled with the cold at first, especially coming from southern California. “But I love [the weather] and I wouldn’t change any of it,” she laughed.

After moving leaving Foothill and moving abroad, Rodriguez noticed the difference between her expectations in high school and the reality she faced.

“My expectations out of high school were extremely high,” she remembered. “I thought I could do anything and everything. At Foothill, I was the optimistic, outgoing, cheerful, very involved person.”

Coming to reality was hard for her since she was a “daydreamer,” but she says that she is thankful for these tough experiences.

“I wouldn’t change those experiences for anything. They were the hardest experiences, by and far,” she said. “But they taught me how to work with people, how to communicate with people, how not to get rolled over, and how to fight for yourself, which are all so vital in this world.”

Rodriguez credits Foothill for the fact that she “learned to research, learned how to learn.”

“I wouldn’t have gained that [educational] experience anywhere else, and it gave me the power I needed to get me a job at Google. It gave me the power to move forward every time I thought I was failing,” she said. “I don’t know how to describe how grateful I am for that because I don’t think I would have gotten that anywhere else.”

“We had nothing and all the other high schools had everything. The Cougars had their big stuff and their football games” she said. “At the time, we were being told that we wouldn’t even have sports. We weren’t going to have a prom.”

Now, Rodriguez is a full-time “domestic goddess,” meaning a full-time mother, who takes classes at a college in Ireland at her own interest. She enjoys taking linguistic and writing classes because she “loves language.”

“I’ve learned in the last five years that language is really interesting to me,” she said. “It wasn’t offered at Foothill when I attended, so when I finally decided to go back to college, I took Italian and I’ve learned a little bit of Irish.”

Rodriguez uses what she learned from these creative classes to help her as a mom and to make new bedtime stories or fairy tales for her daughter. She believes that exploring all creative fields have a positive influence in her life.

“Creative writing and journalism provide a forum that you can release and express yourself, or work with and build off of,” she explained.

She advises all students, all alumni, all people to “experience everything” and warns not to isolate yourself, enjoying “all parts of life.”

“Talk to that stranger you didn’t think you’d be able to talk to. Have the courage to confront any fear you have,” she said. “If you can get out of that mindset of being afraid of the word ‘no,’ you can conquer and do everything.”

“It’s not worth losing everything because you just didn’t go out or take a risk,” she added.