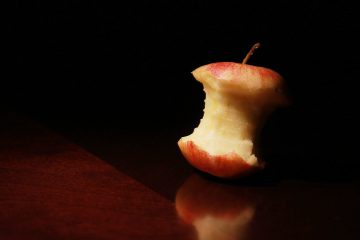 Almost a week after the dismissal of Superintendent Michael Babb, Ventura Unified School District has now appointed Joseph Richards as interim superintendent during a Board of Education special meeting on March 6. The length of his position and other contingencies will be decided on March 14, at another board meeting.

“Right now, I am basically doing the job that I was assigned to do. And that’s to serve the community and serve the students of Ventura Unified,” Richards said.

Last Wednesday, Babb, who succeeded Trudy Arriaga, was dismissed from his position.

“He was released without cause […] We are not allowed to discuss personnel issues,” according to Velma Lomax, Board of Education president. Babb is not under any criminal investigation or facing any charges.

Lomax could not say why Babb was released mid school year.

Richards, who was previously deputy superintendent, will now serve as interim superintendent. In his previous position, Richards was responsible for operational aspects and business services of Ventura Unified. Part of his job description also included being the chief executive officer when the superintendent was not available.

Richards wrote a letter regarding his new position, which was sent out to all Ventura Unified staff as well as posted on the Ventura Unified website. In the letter, Richards expressed his commitment to serve the students and families of the district, as well as putting the focus on education while this season of transition is occurring.

“Over the next several months, we have a lot of important work to do. We must continue our focus on improving learning and instruction to ensure every child has a strong foundation of knowledge, skills and learning processes,” Richards said in the email. “I want to assure you that I will work diligently to help the system continue to be successful.”

As well as appointing Richards to interim superintendent, the special meeting also filled the vacancy of assistant superintendent of Human Resources.

According to the minutes of the special board meeting on Feb. 6, the board “accepted the resignation of the assistant superintendent of certificated human resources,” leaving an empty administrative position. Retired school administrator Robert Fraisse was appointed to the position.

Lomax explained that the next step for the district is to actively search for a permanent superintendent.

“It’s an unfortunate situation but the job of a Board of Education is two-fold: we are to set policy and […] we are to hire and fire superintendents based on performance,” Lomax concluded.