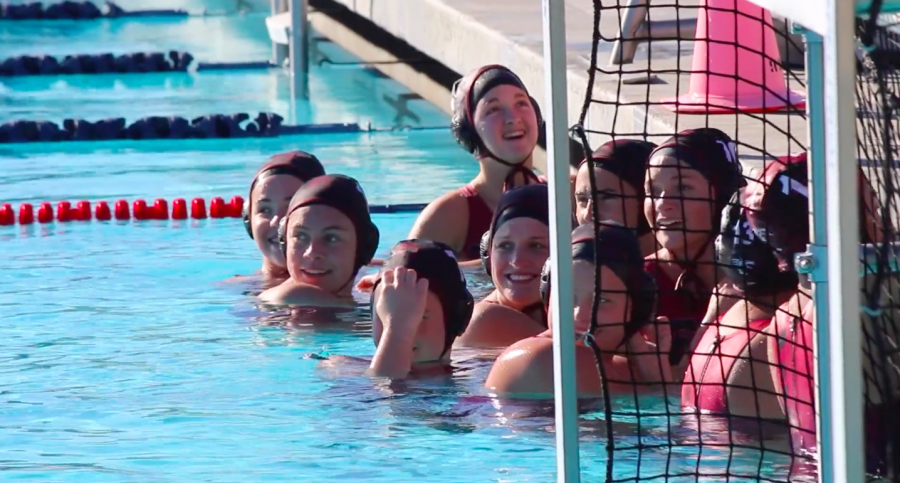 One week ago, the Dragons competed in a road game against their league opponents, the Nordhoff Rangers, and earned a win. Yesterday, the Dragons and the Rangers competed for the second time in eight days. Nordhoff looked to flip the script and come away victorious in the rematch, but the Dragons had other plans. Aided by five goals in the third quarter, Foothill triumphed over the Rangers at Ventura Aquatic Center with a final score of 11-3.

The game began with Annika Arroyo ‘20 retrieving the first ball for the Dragons. Foothill attempted to pull ahead in the first three minutes, but shots from Morgan McKillican ‘20 and Jaina Malach ‘18 missed the mark. However, it was Arroyo who got the scoring started, giving the Dragons a 1-0 lead. A minute later, Foothill took advantage of a fast break as McKillican extended the lead to 2-0.

In an attempt to retaliate, the Rangers brought the ball into Dragons’ territory, but they couldn’t get the ball past Foothill’s goalkeeper, Taylor Wreesman ‘18. After the defensive stop, Jocelyn Thorp ‘18 initiated the offense and passed the ball to her teammate McKillican, who promptly scored her second goal of the game, and Foothill now led 3-0. Two more attempts followed from the Rangers, but two incredible efforts from Wreesman kept Nordhoff off of the scoreboard. The Dragons ended the first quarter with two missed shots, but they headed into the quarter break with a three goal lead.

Marinaro said they tried to “adapt to certain situations” and were “figuring out what the other team is doing.” “[We were] learning how to push forward,” she said.

The Dragons continued their relentless pursuit on goal, as they opened the second quarter with missed shots from Thorp and McKillican. Although she was unsuccessful on two previous attempts in the quarter, McKillican scored her third goal of the game with three-and-a-half minutes left in the half.

Thirty seconds later, Wreesman provided another save and threw the ball across the pool to Lily Armstrong ‘18. Armstrong then scored on a line drive shot that increased Foothill’s lead to 5-0. The rest of the quarter yielded no scoring, and the Dragons entered halftime with a five goal advantage over the Rangers.

At the start of the third quarter, Nordhoff gained possession of the ball first. A quick defensive stop for the Dragons led to an impressive goal by Malach, and Foothill stretched the lead to 6-0. However, the Rangers finally responded with a goal of their own and put themselves on the scoreboard for the first time. Just one minute later, Thorp nullified Nordhoff’s score, extending the Dragons’ lead to 7-1.

Wreesman was further tested with more shot attempts by the Rangers, but she relentlessly blocked the rest of Nordhoff’s shots throughout the quarter. Foothill’s offensive scoring spree continued, as Annika Fedde ‘19 rolled through the Rangers defense and scored the eighth goal of the game for the Dragons. In the final two minutes of the quarter, McKillican scored her fourth goal of the game and Thorp added a goal of her own. After three quarters, Foothill was propelled to a lead of 10-1.

Nordhoff took first possession of the ball once the fourth quarter was underway. The Rangers wasted no time as they scored their second goal of the game within 30 seconds. Over the next three minutes, solid defense prevailed and no goals were allowed until Fedde scored, which seemingly iced the game for Foothill and their 11-2 lead.

With two minutes left to play, the Rangers tallied their final goal of the game. As time was winding down, Nordhoff attempted a shot out of desperation, but it was saved by Wreesman yet again. The buzzer sounded, clinching an impressive 11-3 win for the Dragons.

After the game had concluded, Marinaro expressed her appreciation for the team’s effort.

“I was so pleasantly happy with [the game],” she said. “They definitely played the game that they know how to play.”

According to Aariana Saunders ‘18, even though Foothill “did not have [their] regular starters in the game,” there were positive qualities that were apparent to her.

“Coaching and our communication between each other” have improved, she said. “There’s a lot more talking in the water.”

Regarding improvements, Saunders believes “the team’s shooting” could be more precise.
Wreesman talked about the development of the team, saying that she could really see improvement in the game.

“I can really see my girls moving together and working as a team, rather than just individually,” she said.

The Dragons look to prepare for their next contest, where they will be facing off against Malibu High School on January 27.

Marinaro expressed her excitement for the upcoming game, as well as future opponents.