We as a spacefaring humanity 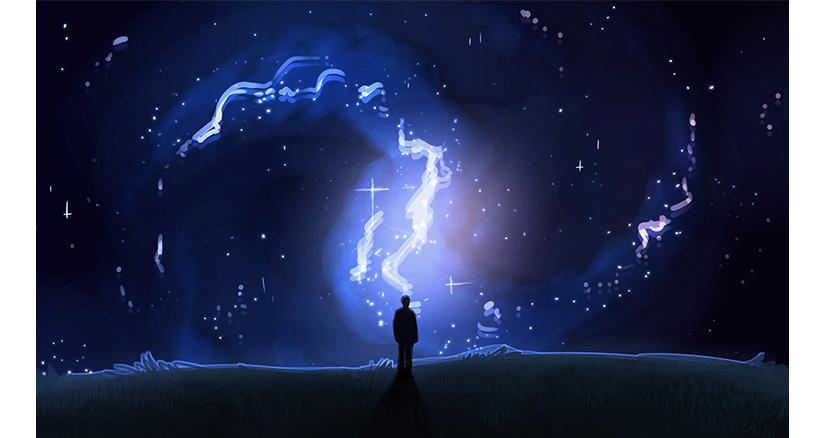 “You cannot yet know of the spectacular everything beyond this door… you can guess, but you’re wrong and you’ll never be right.”

These are the words plastered upon the door which separates humanity from the rest of the universe. Yet, naturally as humans we want to know what we cannot know.

So, we look to the stars, dreaming of becoming a spacefaring species, multi-planetary, and populating every corner of the universe.

By nature, man is a dreamer, a wanderer. So dream! Devote yourself to an idea, and make it happen. But we must not get lost in the dreams which are unnecessary and imprudent, those that offer glory by success but leave us running astray from the things that really matter.

It is, in fact, impossible to look beyond the capabilities of the human mind and into a whole new reality, beyond the known and into the unknown, beyond the reach of proof and into total understanding, beyond where the sun merges with the sea and into infinity.

And as far as our place amongst the stars: we’re still here. We’re all still here, on Earth, going about our days. We aren’t obliged to leave, either. We aren’t obliged to become a multi-planetary society. The alternate planet we search for, to potentially colonize, is one with great resources and a healthy environment; that planet is Earth, except we’ve wasted the resources and polluted the environment.

The resources we need can and should be limitless. Everything we need to survive reproduces, by brilliant design. Water comes from the sky to fill our glasses. Plants leave their seeds to grow again. Animals make babies. Simple.

Leaving Earth would be like this: a man has a huge flat screen TV, and though he uses it constantly, it never shuts off, it never breaks. But then the man gets angry with his TV because it doesn’t have the channels he wants, so he throws a brick at it and it smashes into little pieces. So then what does he do? He searches for a replacement, as if he deserves another one after treating the first with such little care.

This is like an attempt to colonize another planet. It’s not something which has to happen; it’s not necessary in reality, it’s just a wild dream for the purposes of exploratory and romantic zeal. We’d swim forever, fighting the tide which holds us back until the light that keeps us going fades away. And there are much more valuable dreams to be dreamed here on Earth.

There’s no need to go looking for another planet to colonize. What we should be worrying about is taking care of our own planet, first and foremost. Those who are looking elsewhere for the future of humanity are looking for a planet with great abundant resources, a naturally healthy atmosphere, and plenty of space…right? Well, I’ve found it. We’re here. We’re home. It’s a planet called Earth.

The thing is, we can’t understand what’s beyond our own understanding. Looking for a planet that can take care of our many needs, as Earth can, is like spending billions of dollars to shine a flashlight into the ocean to try to see the bottom, or spending years trying to guess the number of grains of sand on a beach. Quite literally it’s like trying to understand the lengths of the universe, or the secrets of it; the secrets which connect everything and make it make sense. We can’t possibly fathom it.

Earth is indeed a perfect system to prolong our survival. We don’t need to leave this planet which sustains life, as far as we know, better than any other… we just need to cleanse the mess where it is most messy. Other than that, we need do no more.

We don’t need to go journeying into the stars. Let’s instead go journeying out to the shores of the sea in the evening, when the sun wells up within the sky and merges with the ocean in what looks like a drop-off into eternity. Let’s instead do that, instead of venturing, lost, into the unknown.

We can’t understand any of it, and we don’t need to. We all have a purpose on this Earth. We won’t need to be anywhere else in the universe when our corpses commence, when we begin our scintillate path to the other side of the stars. We just need to be united with one accord, “as the powerful play goes on.”

After all, we become united through the eyes of astronauts as they look out the window at our blue and green planet from afar. This is the far most important reason that setting foot on the moon was important: it gave us a view of our Earth that maybe we hadn’t ever considered, a new perspective of how our world matches up against the infinite darkness that penetrates it. Once those men and women saw the glittering jewel that we call home, from afar, they gained the perspective to see our world not only as a dwelling to live out our lives, but also as something gorgeous, unparalleled, and special.

Those who have been to space and seen the Earth from there often return home with a newfound reverence. From out there, gone are the divides which separate us, gone are the differences which divide us. We are all one people, and all of us have a part to play.

We don’t need to be anywhere else when we’re needed right there, on that beautiful, rotating sphere out the window. It is as if a photo within a frame: the brilliant, deep blue ocean is rimmed by the setting sun, a majestic spectacle… the wind is in motion, moving over the face of the waters… and all is silent, all is still, all is good.

Back down on Earth, many people think we need to leave that beautiful planet in order to escape the troubles of humanity, if not just for exploratory or romantic zeal. But what I see from out this window overlooking the world, however, is something quite different. What I see is an endless world of adventure and exploration, where you dream yourself through the journey. It is untroubled, from what I can tell from here. But it is fragile.

The troubles which are spoken of back on Earth are a product of people thinking life is meant to be troubled, a product of wasting the perfect living system, as far as our planet goes, that we’ve obtained, a product of mankind’s internal problems constantly furthering themselves from alleviation.

Really, we’re all just humans trying to find that dream within ourselves, trying to find ourselves. The world is troubled because sometimes, in life, we feel surmounted by the massive weight of an infinite sea which we cannot understand, crashing upon us. These things that happen are life; some last but a day, some, much longer, and some things never change. But what can change is what we choose to do on this Earth with the time that is given to us.

We can look and ponder the beauty of the stars, the eternity beyond where the sun merges with sea, the grace of a whale, or a dolphin, leaping out of the water, silhouetted against the yellow sun; such is the beauty of our world. We can sit and ponder and guess. But we’re wrong and we’ll never be right.