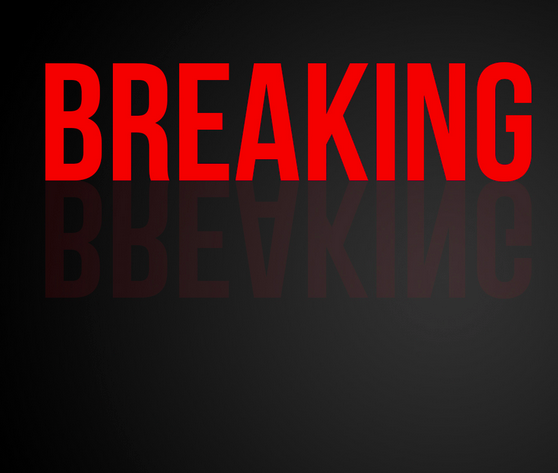 Today, Foothill students had to opportunity to vote on some of the same candidates, measures and propositions that will be present in tomorrow’s national electoral ballot. Out of the 1,024 students at Foothill, 657 students cast their vote.

For the voting on candidates, every candidate affiliated with the Democratic Party won her respective race. This excludes the vote for the California senator, which was a 50/50 tie between two Democratic women, Kamala D. Harris and Loretta L. Sanchez.

There was an equal tie between Sanchez and Harris for the position of senator. Each of the Democratic candidates received 295 votes.

The majority of student voters selected the Democrat Hannah-Beth Jackson as the candidate for California State Senate. Jackson received 398 votes, which was 31 percent more votes than the 212 votes that Republican Colin Patrick Walch received.

The competition for California State Assembly was between Democrat S. Monique Limón and Republican Edward Fuller. Limón won with 375 votes, 26 percent more votes than the 221 obtained by Edward Fuller.

The propositions on the Foothill ballot were:

All of the measures passed except for Prop. 66, which requires a reform for the death penalty to speed up the process.

Contradictory Props 65 and 67 both passed. According to Southern California Public Radio, “if both measures pass, it’s unclear if they would work together or if only the one that wins the most votes would take effect. Another catch: Legal experts say Proposition 65 could nullify the bag ban. That would be up to the courts.” 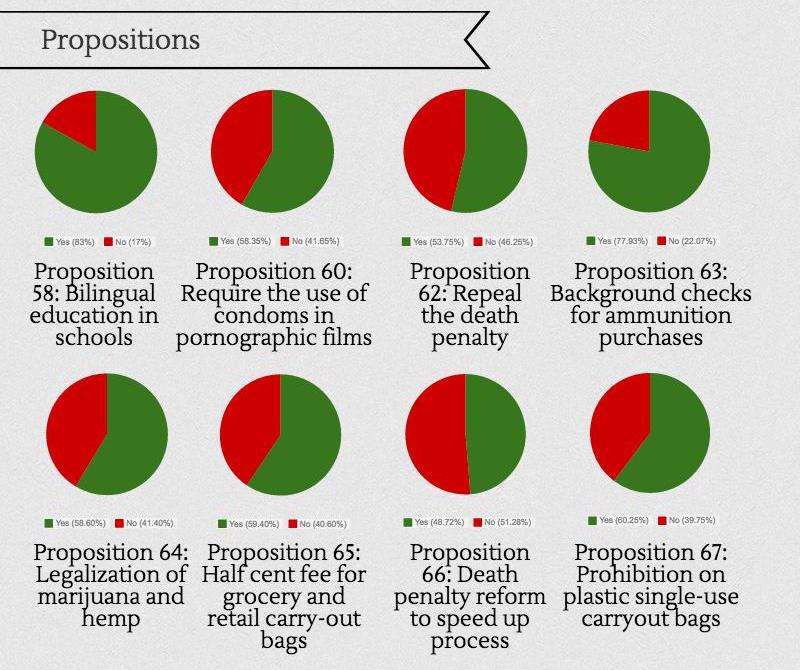 The students also selected which local measures they do or do not support. The measures on the ballot included:

All were passed except for Measure F, which repurposes up to 225 acres of agricultural land for industrial use and conflicts with Measure C. 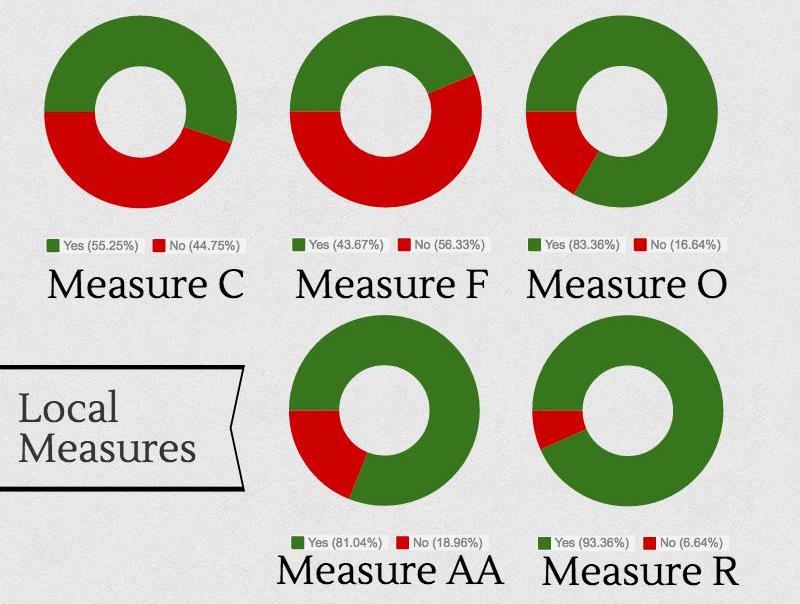 The candidates for City Council were Brian Lee Rencher, Cheryl Heitmann, Christy Weir, Dave Grau, Jackie Martenson, Jeannette Sanchez-Palacios, Lorrie Brown, Matt LaVere, Matt Graves and Randall Richmann. Since there were three seats up for grabs, they went to Brown with 285 votes, LaVere with 268 votes and Sanchez-Palacios with 148 votes. 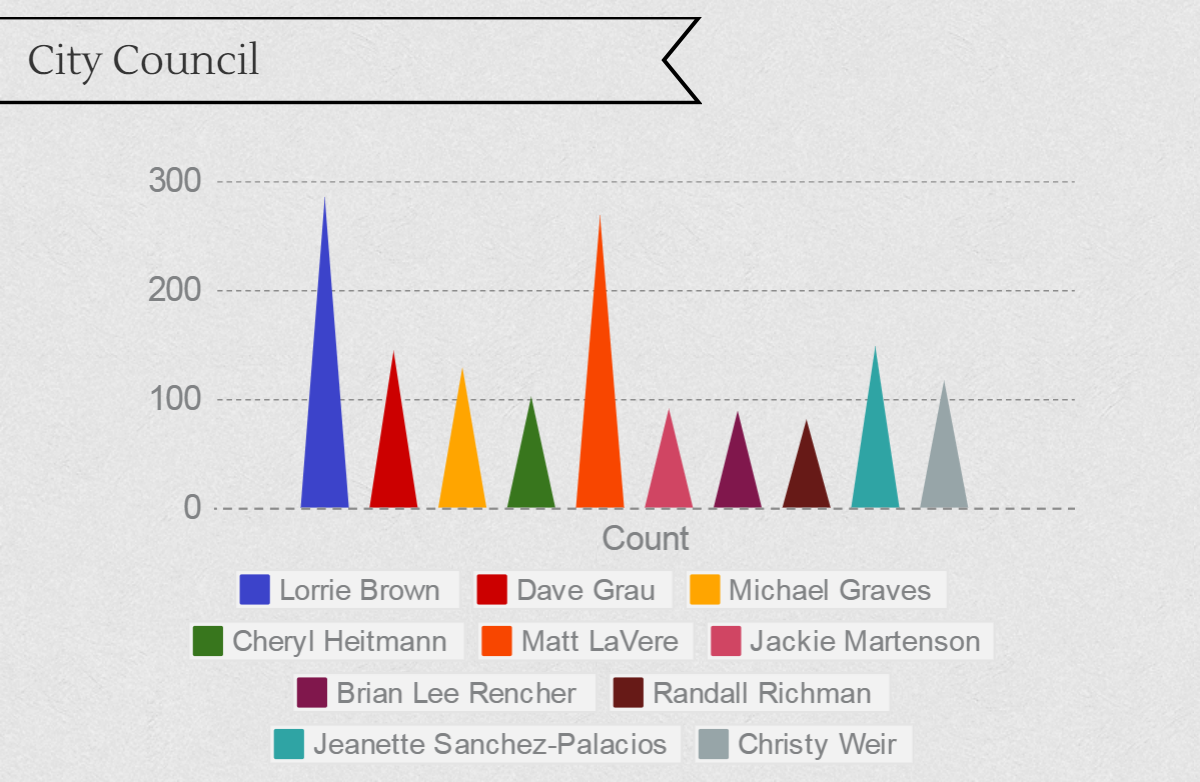 The School Board candidates were Sabrena Rodriguez, Jackie Moran, Lou Cunningham, Steve Offerman, David L. Norrdin, Ed Summers and Don Wood. Of the seven, Rodriguez and Moran were elected to the two open seats. With nearly 260 votes, Rodriguez appealed to the majority of voters for School Board. Directly following Rodriguez, Moran obtained 225 of the votes. Both are Foothill parents. 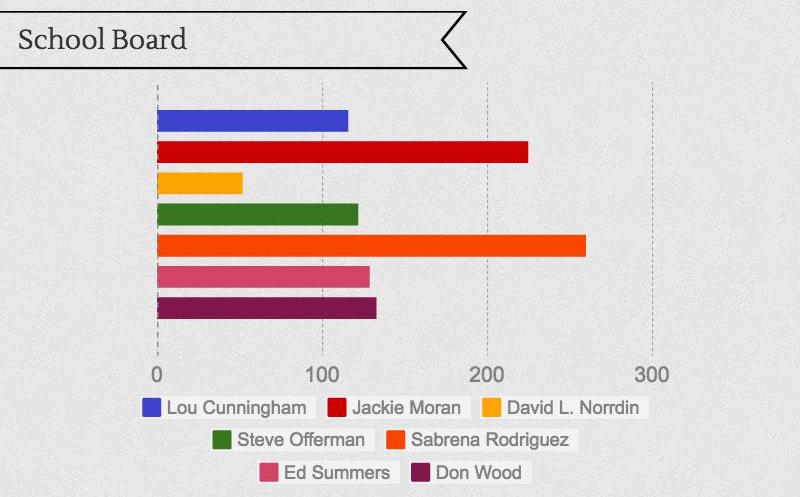 Overall, a majority of the voters seemed to have an inclination towards democratic candidates, explaining the victories of Clinton, Brownley, Jackson and Limón.

Infographics were made by Anna Lapteva and Jocelyn Brossia using Piktochart