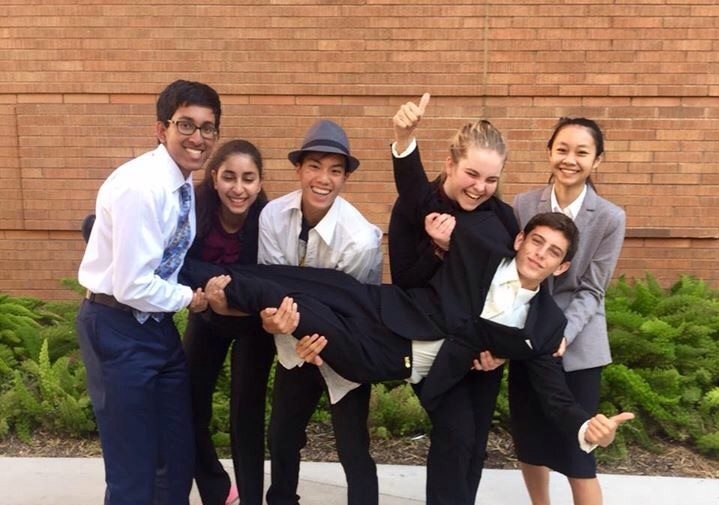 This past Friday, October 14, Foothill’s Speech and Debate team traveled to California State University of Fullerton to spend the weekend at their first tournament of the season. This is an annual invitational tournament that the team attends.

Students were entered in three types of debate: Parliamentary Debate, Lincoln Douglas debate, and Public Forum. In Parliamentary Debate students are given the topic only 20 minutes prior and then have those 20 minutes to prepare. Lincoln Douglas is prepared debate; this year’s topic was about nuclear power and whether or not it should be prohibited by countries. Finally, Public forum is another prepared debate, and their topic was whether probable cause should be used as standard for student searches.

Regarding speech, only one student participated from Foothill in Dramatic Interpretation.

“I think [the team] did really well,” Speech and Debate advisor, Jennifer Kindred said, “I looked at their debate records; everybody won at least one round. And many of our novices had 3-2 records, which means they won three of their rounds out of the five or six, which is really good.”

In open Parliamentary Debate, two Foothill teams excelled. The first was seniors Emma Kolesnik and Jenny Chang, who made it to quarter-finals.

Goldstein and Moore’s semi-final debate topic was on the US-Russia military cooperation in Syria and if it poses more risk that rewards; they were the negation side.

Goldstein is “very happy” with the way he and his partner performed.

“I didn’t expect that we would do that well, so I was happily surprised,” Goldstein said.

Both Goldstein and Moore are delighted with their overall performance, but they hope to improve in future tournaments.

“In parli, its like you always lose because there is always something you did wrong in the flow or in the debate that you can improve on,” Moore said. “So, I enjoy the fact that I did really well in the long scheme of the tournament, but I always feel that there is something else I need to improve on.”

Kolesnik and Chang’s quarter-final debate topic was based on the Dakota pipeline issue. Along with achieving a quarter-finals spot, Kolesnik received an eighth place speaking award out of all the Parliamentary Debaters.

Kolesnik was “super happy” about her speaker award because there was a competitive amount of people.

“I am also really proud of my partner, Jenny, and I for making it to the quarterfinals and it just shows that our hard work paid off and we were super excited about that,” Kolesnik said.

Similar to Kolesnik, Chang was “pleasantly surprised” with their debating.

“I think hearing some of the judges critiques helped a lot,” Chang said. “And I think it is going to be able to help us improve for next time because we will be able to see all the flaws in our technical terminology that we haven’t really learned enough about.”

Kindred commented that she was very proud of both the teams.

“Well you can’t ask for much better than quarter-finalists and semifinalists. I think they did awesome, I was really proud of them,” Kindred said.

As far as the entire speech and debate team goes, Goldstein commented that the team had more novices this year.

“So unfortunately we did not do as well as we have traditionally, but I have faith that we will do better in the future,” Goldstein said.

Along with the goal of thriving in the debate world with his partner, Moore also hopes to unite the debate team.

“We have a lot of new members this year, and I am really proud how all of them took this new experience,” Moore said.

“Speech and debate is a very intimidating thing the first time around, and I’m really proud of all my teammates for really taking the entire process with a level of grace and respect and just enjoying the entire thing,” Moore concluded.

Ryan Moore, Emma Kolesnik, and Jenny Chang are staffers on the Foothill Dragon Press. None were involved in the reporting or editing of this article.