“The Curious Savage” sheds a comedic light on sanity 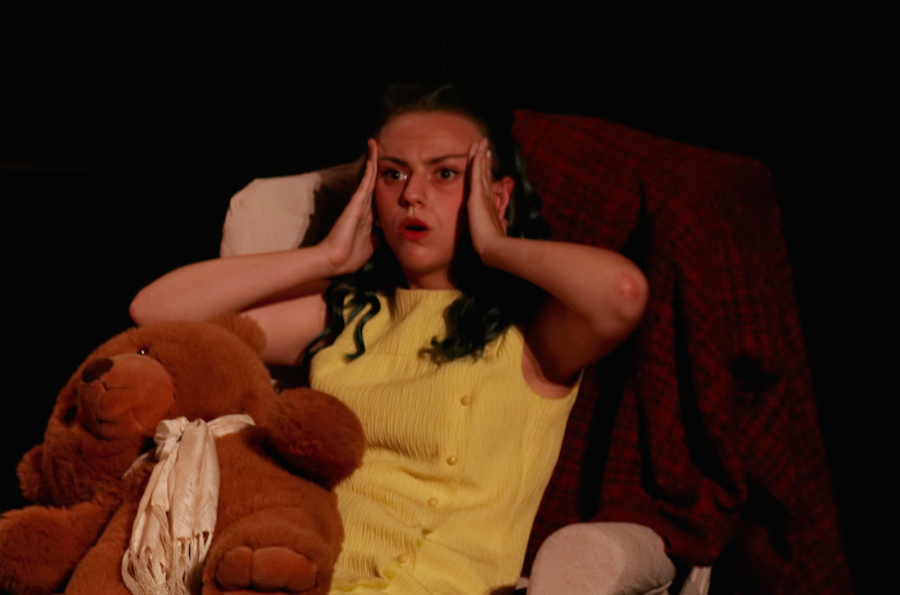 As the lights flickered and the murmur of the crowd fell to a hush in Ventura High School’s “Little Theater,” the audience sat waiting with high hopes that “The Curious Savage” was going to be a spectacular show and an astounding performance. The Ventura drama department serves to deliver, and they did just that through this production.

“The Curious Savage,” written by John Patrick, “is a heartfelt comedy which subtly asks the audience to ponder the concept of mental health.” The patients, who are in their final stages of recovery, are juxtaposed against the ‘sane’ relatives of Mrs. Savage. Even though the residents of the Cloisters see the world through the filters of their mental issues, they are more aware of the truth of the matter than the Savage stepchildren.

The play opens with an introduction to the five patients at the home, who are in the midst of recovery from various issues that could deem them insane by society. The main character Mrs. Savage was was left with ten million dollars after the passing of her husband and makes efforts to hide the money from her stepchildren. She is led to the understanding that she does not belong in the recovery home and makes an effort to leave.

Florence, performed by Michelle Sherman, was a character who had believed herself to be a mother, however she carried around a stuffed doll. In moments where Mrs. Savage was to talk poorly of her stepchildren, it was Florence to question her lack of endearment.

One of the residents, Fairy May, did not fail to give the audience a grand time. Her character, played by Ventura High junior Riley Conrad, brought light to moments of tension and the mental strains of the situations. Hannibal, played by sophomore Louis Santia, is portrayed as an overweight man who believes he can properly play the violin.

The three stepchildren are motivated by the money withheld from them. Mrs. Ethel Savage, performed by Drama Club President Matty Wilson, places her children on deceiving expeditions to find the ten million dollars in bonds. Each one believes they are the only one knowing where the bonds are hidden, and that their stepmother trusts them over their other siblings.

The oldest of the siblings, Titus Savage, is performed by Seth Stevenson. Titus is a strongly disliked United States Senator, who showcases his anger over any other character when interacting with his stepmother. He searches for control over the situation, but lacks control for his temper.

Samuel Savage, the youngest child is portrayed by junior Spencer Jay. Samuel hardly gets any word regarding his mother’s situation. Most of the decisions are made clear by his sister Lilly Belle and older brother Titus.

This production stands in contrast to other VHS plays due to the fact that it was held in the “little theater,” compared to the main theater.

In the words of Rossiter, the Curious Savage “has been solid,” and what the audience saw tonight is what each group has been seeing every night since the cast opened the show.

On Friday, with the fullest house and biggest audience the cast has had for this production since opening night, the stakes were high to portray such a heavy topic that would resonate with those watching it.

“I really like this show. It’s just a small cast, it’s really intimate. We’ve all had a really good chance to bond with each other and create moments on stage. That’s an experience that I haven’t had often before, and I really treasure them,” Cook adds.

Like Rossiter, Cook describes a similar point of view having to do with the underlying message of the play.

“The Curious Savage” left the audience in awe, concluding with a well deserved standing ovation and a genuine job well done.