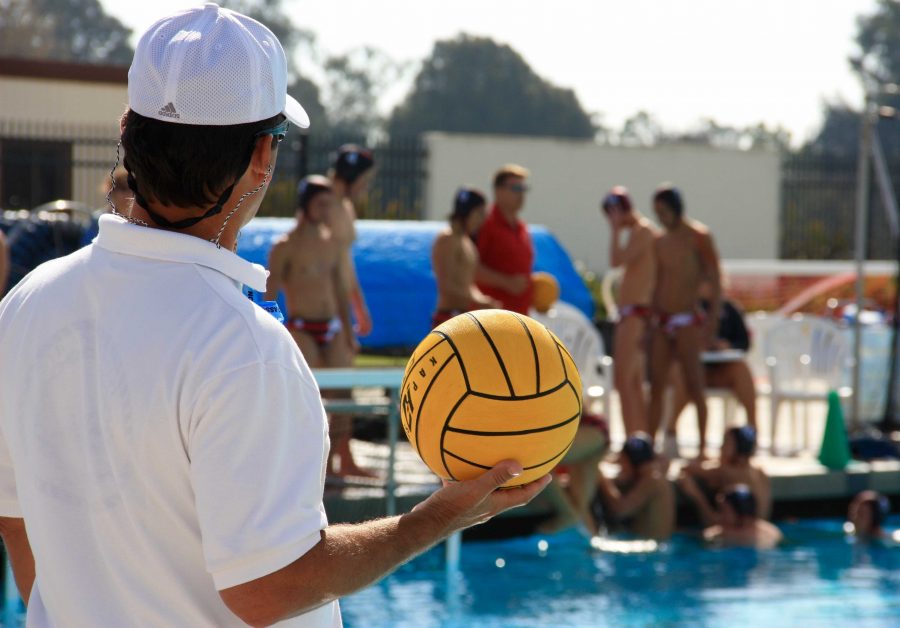 As the wind blew gently through the sky, senior Cooper Thrall of the Dragons brought the ball up to midcourt. Thrall then shot the ball and scored, resulting in Foothill’s first goal of varsity boys’ water polo team’s game against the Warriors of Carpinteria High School at the Ventura Aquatic Center on October 13. The Warriors defeated the Dragons with a final score of 15-4.

Once the game began, junior Devon Pennington sprinted for the ball, but Carpinteria retrieved first possession. Two scoreless minutes later, the Dragons would strike first, Thrall scoring from the middle of the pool. However, the Warriors wasted no time responding, as they scored a goal ten seconds later, making the score 1-1.

Carpinteria then went on to score three more times in the next three-and-a-half minutes, resulting in a 4-1 Warriors lead. Although the quarter appeared to be over, sophomore Tyler Liddell scored with one second remaining. The Warriors attempted a last-second shot, but it was blocked by goalie and junior Alex Abele. At the end of the first quarter, the Warriors had a 4-2 lead.

At first, the second quarter did not yield much scoring, as each team shot and missed multiple times over the first four minutes. Carpinteria, however, scored the first goal of the second quarter with three minutes and eleven seconds to play. They continued to add on to their lead, with two more goals over the next two-and-a-half minutes.

Throughout the second quarter, the Dragons had many shots, but they could not score. The Warriors’ three goals gave them a 7-2 lead over the Dragons at halftime.
As the third quarter began, the Warriors continued to add to their lead, with two more goals in the first four minutes.

Now down by seven, Foothill decided to call a timeout with three minutes left in the quarter. After the timeout, junior Andres Coppa scored Foothill’s  first goal of the game since the first quarter, reducing the Warriors’ lead to six.

However, a Carpinteria player was fouled with two minutes left in the quarter and sent to the penalty marker to attempt a shot. The Warriors scored, making the score 10-3 and bringing the lead back to seven points. Over the final two minutes, Carpinteria scored twice more to increase their lead to nine. As the buzzer sounded to signal the end of the third quarter, the Warriors had a 12-3 lead.

As the Warriors retrieved first ball, they wasted no time, scoring within the first five seconds of the fourth quarter. Carpinteria’s 13th goal of the game gave them a ten-point lead. After numerous shots on goal attempted by the Dragons, the Warriors scored twice more in the next three minutes, giving them  a 15-3 lead. The Dragons then decided to call a timeout with one minute and fifty-five seconds left to play.

Following the loss, senior Niko Ford offered his input on what the Dragons will focus to improve on.

Ford said the team could improve on their “awareness and knowing where everything is.”

Junior Richie Brandi expressed what he is looking forward to the next time the Dragons have the opportunity to play.

Coach David Wallace praised the effort of the team despite their tough competition.

The team did well “at play[ing] half court defense, […] counter attack, and half court offense,” he said. “We played hard the entire game, but we let the physicality of the game get to us.”

When talking about the upcoming CIF playoffs, Wallace noted how the mentality and physicality of those games tend to be.

“We’ve got to be ready to play in very physical contests,” he said.

The Dragons look to prepare for their next task, which is the “Varsity Oxnard Tournament” held at Rio Mesa and Oxnard high schools this Friday and Saturday, Oct. 14th and 15th.