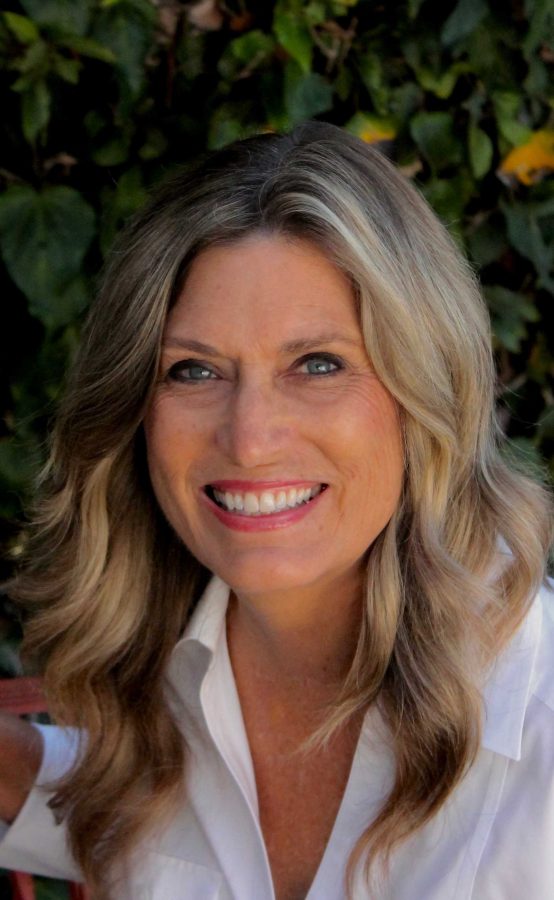 CHISTY WEIR: I have lived in Ventura for 31 years.  I was born in Santa Barbara and raised there, and I raised my family here. My kids went to Buena and – sorry, Foothill didn’t exist then- we’ve had a really good time in Ventura. My son lives here now and is raising his kids here, so we have multi-generations which is very fun.

Which measure on the ballot are you most passionate about and why should students and their families also support it?

WEIR: There’s several. Measure O is important to the city because it would bring in extra sales tax to do things like pave our streets, which is crucial.

My project that I am the most interested in that we don’t have the money for is if you’ve been along the bike path at the beach, one part of it is really nice. It has the big beach in front of it and the big wide sidewalk, and the other part is totally falling into the ocean. We don’t have the money to fix that, so Measure O would help.

The other one I’m passionate about is the plastic bag ban, [Proposition] 67, and I would very much encourage people to vote in favor of the ban, which is “yes.”

Two measures it seems Foothill families care about are Measure R and the measure extending the SOAR initiative. Do you support either, both, or neither of these measures? Why?

I’m supporting measure C which is for SOAR to be continued as it is now, not changed. The reason for that is the county of Ventura has really been helped by SOAR. We had four in the 60’s and 70’s. There was a lot of development pressure, as you can see as you drive out to East Ventura, the city just kept spreading and spreading and spreading out into the ag land and when SOAR was passed, it stopped that.

We’ve had a few of ….. like our community park was built on ag land, and there was a SOAR vote. But the people had to vote for that. We couldn’t just do it without the community voting so that is the good thing. People get to vote.

I’m all for extending it forever; I can’t see why we would ever want to develop our farmland. You go to countries like France and England and other old countries in Europe and even South America where it’s permanent farmland. Each city, each town has a greenbelt around it, and it’s been like that for hundreds maybe thousands of years. I think we have to protect ours here to make sure we don’t end up like San Fernando Valley.

How do you plan to strengthen the partnership between the school district and the city, and involve more students in local government?

WEIR: We have a City Council/school district liaison committee, and I’ve been on that committee ever since it started when Trudy Arriaga was the superintendent. We have two councilmembers and two School Board members. We just started to include the president of Ventura College, so it’s a three-way partnership between the college, the schools, and the city.

We meet four times a year or quarterly, and that’s a great way to coordinate what’s going on with city plans and making sure they’re compatible with school plans. We just had a candidate forum last night on the West Side, and they were asking about how the schools can work with the city to help with traffic and walking to school because we want kids to walk to school, but they have to have good sidewalks and good crosswalks and the city does that, not the school district.

So there’s lots of ways we need to partner. Even at Foothill there’s issues with your crosswalk and traffic, you know when you have people driving through there and kids trying to walk across the street and being picked up. It requires the city and the schools the work together to solve those things. It’s something I feel strongly about, and I feel we could do better at partnering, honestly. But we have a mechanism in place to have those meetings so it’s sort of working.

What do you think is the most pressing issue facing our city today and how can it be addressed?

WEIR: Water. We have a drought. We’re in our fifth year of drought, and the fact we have not a lot of hope for rain this year is a problem. We have local water; we don’t import state water, we don’t import D-cell, so all of our water either comes from Lake Casitas or Ventura or wells up in East Ventura. So it’s all local, and we don’t ship it in.

So we need to be very careful we use that water wisely because you could drop too much water and the underground aquifers sort of suffer. So what we’re doing moving forward is increasing our recycling. We just got a permit to give away recycled water at our sewage treatment plants. So what happens is water gets treated to the point where it’s actually clean enough for people to use on their plants and in their yards. So if you have a truck or have tanks, you can actually come get that recycled water for free, and take it to your house.

We’re using that recycled water on our two golf courses and all our parks to keep our trees alive. That’s a huge thing and I think going forward every city is going to need to use more recycled water because we might be in a huge drought cycle. So that’s one solution.

Another solution is conservation: people using gray water more and capturing rain water. What we’ve had in the past is sort of this philosophy of when it rains we want to get the water to the storm drains out into the ocean. Well, before there were cities, the rainwater went down into the ground and replenished the aquifers. So our goal as a city is to figure out ways to get that rain into the ground where it could be used and not out to the ocean where it’s basically just gone. So that’s another way.

WEIR: That’s a great question. My values have to do with the environment, slow growth, making sure [the city is] sustainable and making sure it’s not going to grow beyond, for one, our ability to supply water and for another thing our street capacity. We don’t want to overdo the traffic. Another thing is to make sure we have lots of good outdoor spaces for health.

I’m into the health of our community which includes our beaches, our hills, our rivers, our parks, all those places where you can be outside and exercise and be healthy. So we have a new park going in on the West Side, Kellogg park, which is huge for the people over there to be able to walk to the park and be active.

I’m on the board of BEACON, that’s B-E-A-C-O-N, which is a beach erosions joint powers authority between Santa Barbara County and Ventura County, and all the cities along the coast to try to deal with global warming and sea level rise, which we have a problem with here, you know our high waves and high tides are washing away our coastline. So I’m on that board trying to figure out adaptation, figuring out ways we can adapt.

The values I think the community has are very environmentally oriented: wanting to protect the hills, and the rivers and the beaches, and I share that.

Before we wrap up the interview, is there anything else you’d like to add?

WEIR: Oh, I didn’t answer about the students, did I? I forgot that one! We love to have high school students and middle school students here at City Hall. We have a lot of activities here where we involve the youth, be it our photo contests which have a youth component, or our art contests or our poetry.

When I was Mayor, I did a lot of tours of City Hall for youth groups from schools and just community groups. I think it’s super important that kids not only come to City Hall and see this is where our government is because it helps it come alive, but also participate in groups.

We have community councils, I don’t know if you know about this, but each neighborhood has a community council. We have one on the East Side, college, Pierpont, West Side, and we don’t see a whole lot of youth involved in those but it’s super interesting and I would love to get especially more high school kids to get more involved in those groups. There are kids that go to the college area ones which I appreciate.