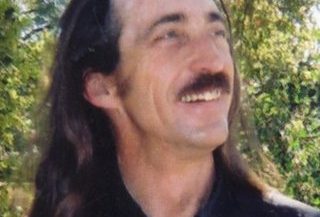 BRIAN LEE RENCHER: What do you mean?

Were you born here?

So how has that affected you, growing up in El Paso and in a Native American Tribe?

RENCHER: Well, the first things are that when you live in the desert. If you don’t teach your children how to make it on their own when they’re really young , it’s  really dangerous out there. So I was able to nab stones and make a bow and arrow by the time I was five. I knew how to capture animals and identify which plants were edible, which ones were poisonous, how to be careful around rattlesnakes, tarantulas, scorpions. You learn to become self-reliant and you learn to look out for each other.

So how did you get from El Paso to being here and living in Ventura?

RENCHER: Well my dad started out in the Television industry, he got out of the Navy and then he got involved with the space program as a federal civilian employee. He was involved with tracking the Mercury and Gemini space flights.

After that, we ended up in  Marston because he worked out in Goldstone tracking station and he got a job at AMPEX. I moved just about every year. Most of it was in the desert like Serra Vista which is out by Tombstone Arizona, Las Vegas Nevada, Marston California. AMPEX moved him out to Los Angeles and we moved into Simi Valley where my father was one of the people that wrote the article and incorporations, he was one of the founding fathers of Simi Valley.

In 1969 they moved him back to El Paso, my hometown. Then he got moved to Dallas, and then the company made some poor business decisions. His division was eliminated and so he came out to California and so we ended up settling in Simi Valley in 1973.

I got a California high school certificate for proficiency, I got out of school early because I’m really smart. I just took the test and got out. In 1982 I moved here to Ventura because I always loved this town since I was a kid and my first experiences here were fishing off the pier in 1968. I always knew this was going to be my home. I’ve been living here since 82. It’s mine.

What Measures on the Ballot are you most passionate about and why should students and families support it?

Well in 1991 the Chamber of Commerce organized a political action committee on a pro-business slate and we’ve had 25 years of so-called “pro-business” but per capita income, you take the median outcome and you adjust it for inflation, every year the purchasing power become less and less and less. So we’re getting poorer and poorer, and poorer, translated.

And so now because they cannot provide basic public services because their tax basis shrunk with the wealth of the community they’re asking for more money. And I don’t want to reward failure by giving a bunch of people that cannot create wealth, even more, money to squander.

And so I’m fighting Measure O, sales tax. Either that or do a better job at electing council members that are actually fiscally responsible. I’m a state-trained economist, I have a lot of ideas to make us wealthier and that’s what I’d rather do. I rather become richer than pay more taxes and reward failure.

Two Measures it seems that Foothill families seem to care about are Measure R and Measures extending the SOAR initiative. Do you support either, both or neither of these initiatives and why?

RENCHER: Well, I support SOAR. The reason being is that alluvial plain, the Oxnard plain. Its average topsoil is about twenty feet. It’s arguably the best farmland in the world and to me, it’s a natural strategic asset. If something were to happen we’re going to need this place for food for the country.

So paving over the best farmland in the world is a strategic blunder so SOAR is good for the nation. Locally farms are one of the major cogs in the wheel of our local economy we need farming because it’s steady income, it’s good for work, you can rely on it. And so we don’t want to lose that aspect of our economy.

This whole county was built on agriculture. Ventura had its little run with oil but we still have agriculture to fall back on. The third thing is that we have a lot of properties that are either underdeveloped, misdeveloped or need to be developed. That are within the cities boundaries themselves. And by allowing these developers to go outside of these boundaries, because you see they have an issue with.

If you have to demolish a building to build a new one that’s a cost but if you can go out to clean farm land you just grade and you build. So they’re trying to maximize their profits. Building inward helps us bring down our infrastructure costs because the pipes and wires are all still there, it preserves the farmland as I previously mentioned and it allows us to become more innovative in developing the community.

What about measure R?

RENCHER: What is Measure R? There are so many measures on the ballot this year and I haven’t read them all.

I don’t have the Measures with me.

RENCHER: I couldn’t answer it. I’ve been running around like a chicken with my head cut off just dealing with city stuff.

Okay. Well just move to the next one.

RENCHER: Oh Measure R is the School Board I think, the school tax. Throwing money at the problem is not going to solve it. What it is is that the schools get only so much money per every unit that’s developed and it’s insufficient to provide the classrooms for the kids that are coming from the housing units that are being developed.

So what we need to do is go to Sacramento to make them change the law so that statewide we don’t have to deal with this problem. Putting a Band-Aid on a bleeding wound is not going to save the life. You’re going to need some surgery and that’s going to happen in Sacramento. I think we need to stop doing these things and do the right thing and fix this once and for all.

What do you think is the most pressing issue facing our city today and how can we address it?

RENCHER: Well, it’s the economy. I already told you. We need to start getting wealthier. Look at Thousand Oaks, they don’t have problems paving their streets. Why, because they have good jobs.

Why to look at Camarillo, they have lovely streets and parks and medians and everything. Why, they have a lot of money. Why, because they have good jobs.

Our streets, our medians, our parks are all going down the tube because we don’t have the jobs that Thousand Oaks and Camarillo have, high tech, high paying jobs. You want to be a Biochemist or a Bioengineer, something that’s going to pay you a lot of money. That’s a good move.

You come back from school – where are you going to live? You aren’t going to live here anymore. We need to create you a job. So that when you get done with school you can come back, be with your family and make a good living and be able to afford to live here. That will mean that you’ll have a nice house with a nice paved street because we’re going to tax you, not at a burger flipping rate but at your Biochemist rate.

It seems to me like you want to incentives high paying jobs to come here. How would you do that?

RENCHER: Well, that’s actually a complex question but to make it simple you only have four things in economics: land, labor, capital and they added entrepreneurialism. It used to be just the first three. We have land and we have a very educated workforce, you would be an example of someone that’s going to fit that build.

What we lack is capital and we lack entrepreneurialism but we don’t have any housing for wealthy people because they’re not coming here. And so what we need to do is look at those emerging industries that have the high paying jobs and look at our people to match them to what those industries are and pick those industries that are people match, set aside, zone the land for that and then open up the door, roll out the red carpet, blow the bugles and get these people to say “hey we’re open for business” this is how we’re going to be able to make this community richer.

We’re going to have to get a plan and then get aggressive in marketing that plan. What we have in this city are a few wealthy people that have some land and they want to develop it to maximize their wealthy but they aren’t interested in the community. They control the Chamber of Commerce’s political action committee.

Our City Council representatives should embody the values closest to our hearts because these values will guide their decisions in office; they should also act as leaders not only on Monday nights in City Hall but throughout their term in their interactions with the community. What values do you embody, and how do you act as a role model for the youth of Ventura?

RENCHER: Well, they all revolve around honesty, intellectual honesty. You can’t lie to yourself and the community shouldn’t lie  to itself. It needs to look at it’s streets and say ‘Wow. Camarillo’s got nice streets. Thousand Oaks has nice streets. Why is this happening?” You have to be able to see the problem first. You have to be intellectually honest.

You have to say “well gee how can we fix this?” and when you look at our council members they are parochial. They’re little penny Anne backroom land deals. They are not looking at the big picture, they’re not concerned about the overall viability of the community, they’re just worried about being in office and to get the campaign funds from the people that are going to make a little money but maybe not in the best interest of the community. So honesty is the most important thing.

Intelligence, you have to have smart people but they also have to be creative, they have to be able to think outside the box, they have to try something new, be open minded to new ideas, be willing to be a little less risk-averse, nothing ventured, nothing gained. The city sitting still and looking through blinders is what’s killing us. We have to start looking around, start using our brains and we’re going to have, to be honest with each other and figure out where we want to be and how we’re going to get there.