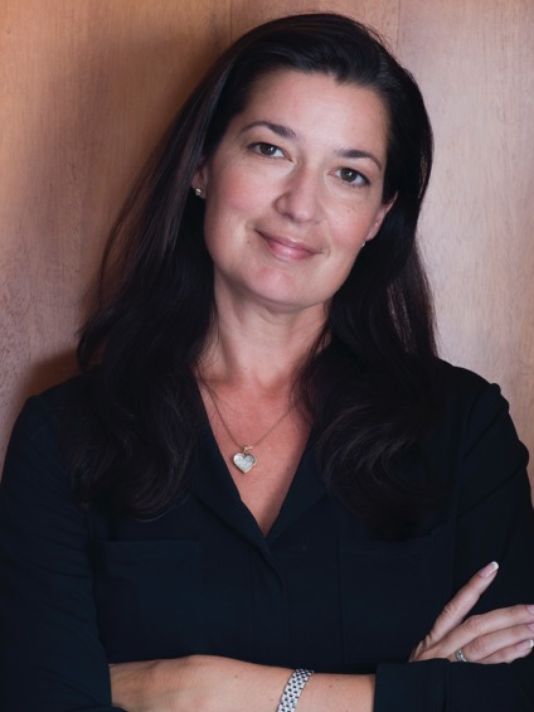 JACKIE MORAN: I moved here in 1992 with my husband and we were getting engaged and thinking about starting a family and I wanted to open a pet store. So we moved here in 1992 and I did open my pet store. He was from Carpinteria and I was from Venice Beach. We decided we wanted a beach community and this would be a good place to have kids.

At the end of your term, if elected, how will Ventura Unified schools be using technology in ways they aren’t right now? What will be your steps to achieving that result?

MORAN: One of my main focuses is at-risk youth. Technology is key in helping this demographic especially. It will help everyone. I’d really like to introduce them even earlier in elementary school and iPads that text to talk and with the tool that reads to them, highlights the words. They plug it in and listen, is key for any English is a second language learners or any child that’s at risk at all for whatever reason, like a learning disability. Whatever it happens to be.

And it will also help everyday kids. Silent reading will completely change. It’s a really good tool and a really good way to get kids started. It’s the way you guys learn now. You’re all plugged in. Now, these games are great. It makes a happy learning environment.

For the high schools, I would love to get vocational academy started, like they do have at Foothill. BioScience is an incredible success, and if you look at Santa Barbara Unified, they have eight of these academies up and running. Each one of these academies would use different technologies depending on what is needed. For criminal law and justice, they use forensic science, that would be one of their added sciences. Biology, and instead of physiology, you would go to forensic science. Whatever technologies the schools needed or the teachers needed for that specific learning tool, I’d be more than happy to looking to bringing it in.

In your opinion, what is the next step to ensuring high school students are prepared for the SBAC (the Common Core standardized test)?

MORAN: I have one child in Common Core. All of my other children kinda escaped that. Thankfully the son that is in Common Core actually learns really well with this style which is very language based. Even in mathematics.

For two of my kids who are dyslexic, it would have been a disaster. I am not excited about Common Core as a specific method of teaching. I’m kinda Gandhi, I think there’s several roads to the same destination, the objective of math is to get you to calculus, and the old way worked, so why they didn’t pair the two? Or why they abolished one method to bring in the other is a mystery to me.

It’s not something that I’d really like to see it broadened, to hear what the teachers have to say about using it in the schools. The parents have been very frustrated, they can’t even help their kids with third grade math – It’s crazy. They need to be prepared because that’s your SAT now.

I think I’d have to listen to the teachers on what had to be done to bring you guys into readiness. I don’t think that this first generation, my daughter is going to be the first one to take the SAT with that as part of it, as an element in it. I think because of it she’s gonna take the ACT rather than the SAT. She won’t be prepared.

So how we get them prepared? This really needed to be started in the younger years and bring them up because this is an entire new vocabulary, entire new method. So, to introduce kids into testing for it, right now, when they’ve only had it a year or two is not the wisest choice and I’d really like to have that looked at and adjusted. And I think after they get these first testing score they are probably going to need to.

The Ventura Unified budget for this year is around 180 million dollars. If I gave you ten million dollars more today to invest in our school district however you see fit, how would you spend it?

MORAN: That’s easy. Not easy, but easy. I believe that the district should be run from the classrooms up, rather than the policymakers down. By that I mean, teachers and parents have you guys, we are a third of your waking hours. If you are in any sport or any extracurricular, like speech and debate, they’ve got you for half of your waking hours, minimally. So those voices need to be the loudest. Those need to be the ones we listen to on the board.

Whatever your teachers are saying you need in the classroom, that’s where that budget needs to go. Of course, there are some things that we need to do which the general funds should accommodate. We need air conditioning for one of the first times ever in Ventura, that’s kind of a need. I think we need to start with the East End forward because it’s even warmer over there than it is coastal.

There are some of our schools that aren’t even up to date enough code wise for the electricity to get air conditioning units put in. So, that’s another thing that really needs to be addressed. Updating our building standards to accommodate not only technology because that’s another thing it needs to do but also air conditioning and running equipment.

What do you think is the most pressing issue facing our schools today and how can it be addressed?

MORAN: Some of the most pressing issues have to do with things that I’ve already touched on. My three main goals, bring in more vocational academies, address our at risk youth, allowing children to get two years behind themselves before a very serious interventions is put in place, like accommodations is too long. And that needs to be revamped, that needs to be looked at.

And I think teachers and parents need to have tools at hand quickly and easily to put into place for longer terms, at the younger years. They say that there are tools now. For two of my dyslexic children, they were not adequate tools, they have without the huge process that they go through to identify a child, and in the identification they require two years behind. That needs to be redone. That’s 30 percent of your demographic. That needs to be redone. That and the fact that teachers and parents need to have a strong voice. They need to affect policy changes. If you have a school that’s running from the classroom forward, you have a school that’s going to be running efficiently for you guys.

So, as far as pressing issues, it’s gonna be changing the tone of the school district and the board bringing a voice to start a conversation, to change the dialogue. So instead of from policy down, and enforcing it with the teachers, let’s let their voice come out, and lets have policy like what they’re saying.

Sometimes to students, school board policy decisions seem to come out of nowhere. Most students don’t know their school board members, don’t know when the board meets, and aren’t informed about the decisions the board makes on a regular basis, like for example decisions about curriculum or disciplinary policies. If you are elected, how do you plan to cultivate a closer relationship between the board and the students, ensuring that they get a chance to speak on issues that pertain to them and are informed of decisions once they happen?

MORAN: I’ve been involved 15 years in the schools. I have four children: Quinlan Moran, Rowan Moran, Genevieve, and Aidan. All of them went to Foothill, two of them have now graduated, and they are off to college. In all the years that they’ve been in school I’ve been involved in, PFSO, PTO, PTA, whatever the parent teacher organization is or whatever they call themselves, all different things.

I’ve been involved in each one. All of them have only revolved around fundraising. I’d really like to see board members, and if I’m elected, I will do this. Go out, meet the PTA’s, they have regular meeting times. Go to the schools, sit down with the PTA parents and say hey, what are your issues? What do you like? What do you not like?

If you make yourself accessible school by school, and there is an easy way to do that, I mean, throughout the school year you’ve got nine months. I can get a couple in every single month, maybe for in every single month if they have different time frames. And I can meet everyone at every school. So all the administrations, some of the parents, the ones that are involved at least in the PTA or the PFSO.

Truancy policy is one-that’s one of my pet peeves. Taking a child on vacation as a crime is a little bit hard for me to swallow. I am working on that one now with my own voice. There’s a lot of things that need to be addressed like that. And part of it is your policy makers need to be, I have kids in your school. The Common Core curriculum, I’m getting it now, my son is in it now. I’m kind of understanding how this is going. I get what I like and I don’t like and how I see he does and I talk to other moms and other dads, they tell me their input.