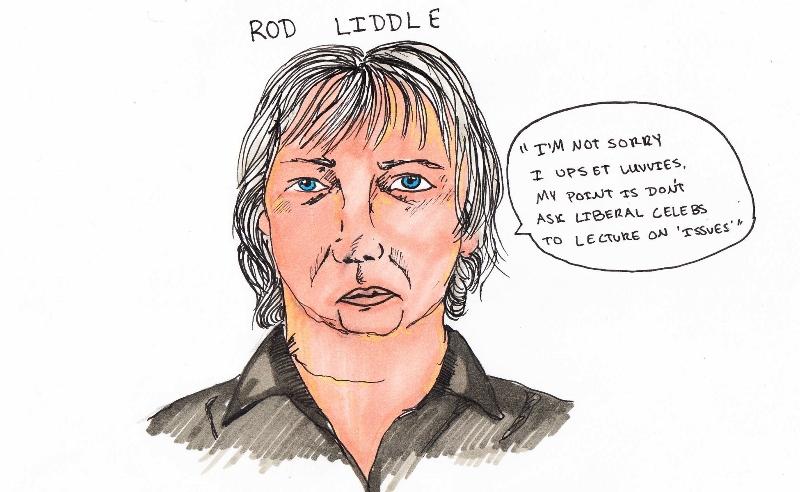 Emma Watson’s recent UN speech regarding gender equality and sexual violence on campuses was ridiculed by The Sun journalist, Rod Liddle. He derisively, and now infamously, commented that “instead of telling them all the rules of Quidditch or how to turn someone into a frog, she [Emma Watson] bored them all rigid with whining, leftie, PC crap.”

Criticisms about topics we care about shouldn’t be undervalued, because only through dissenting opinions can valued advice be sought. It’s often a path that leads towards improvement.

However, Liddle engaged in name calling, attempting to discredit and belittle Emma Watson with constant references to her role as a Harry Potter actress. He examined the “issue” with mere superficiality, never considering other factors. His article told more about his own narrow-minded approach towards Watson than her own suitability to serve as the face of the UN.

As a writer of a tabloid newspaper, Liddle mainly specializes in small and sensational stories, going for shock factor more than actual substance. He has proved that with superficial and insubstantial writing, such a writer should not be taken seriously.

By weakly arguing that her celebrity status invalidates her ability to promote her ideal of gender equality, Liddle attacked only a single facet of her personal history and attempted to reduce her to nothing more than an actress who has received fame over her role. He disregarded her efforts on the basis of status and completely neglect to respond to the fact that she is extremely well-educated.

Liddle received huge public backlash for his article over Twitter and was called out as sexist and misogynistic. However, he responded that these comments would have occurred whether it was “Dumbledore” or “Hagrid,”meaning the gender identity of whoever delivered the speech had no impact on his article.

Whether he is telling the truth, is not the point. Liddle said that he didn’t understand why people took the views of celebrities seriously, because they “don’t live in the same world as the rest of us.”

Celebrities are insulated by their wealth and fame, and regarded by some as possessing an almost semi-divine status. People look to them, regard them with awe, place them on a pedestal. However, even if Watson has not been an object of sexual abuse, does that imply that not having this experience means you should be stopped from advocating for the people who have been? That only certain women should be allowed to be catalysts for change? Of course it doesn’t.

These are not the light and transient ideals of an actress who wants to get recognition. These are the valid opinions of a well-educated woman who has influence.

Although she may not have been an object of sexual violence, she has been discriminated against like many women. In her UN speech she mentioned that at 14 she was being  “sexualised by certain elements of the media.”

I believe that the fact that she chose for herself that she wanted to be a feminist qualifies her to be the UN Goodwill Ambassador. She has proved herself capable by starting the HeforShe campaign, which specializes in engaging men and boys as agents of change. Her idea is a refreshing and brilliant take on feminism, welcoming and accepting the help of men in order to promote gender equality.

Celebrities may not be “oracles of incredible wisdom,” but some, as people of influence, have the power to affect the majority. What’s important is that Watson is using her power as a young and popular actress to further an important cause.

Depending on the case, the social and political views of celebrities can be short-sighted, but we cannot generalize and judge all their opinions to be shallow. If we ignore the efforts of a celebrity, passionate, intelligent, and capable of introducing change (such as Emma Watson), how can we assure people they shouldn’t judge the sentiments of celebrities to be shallow?