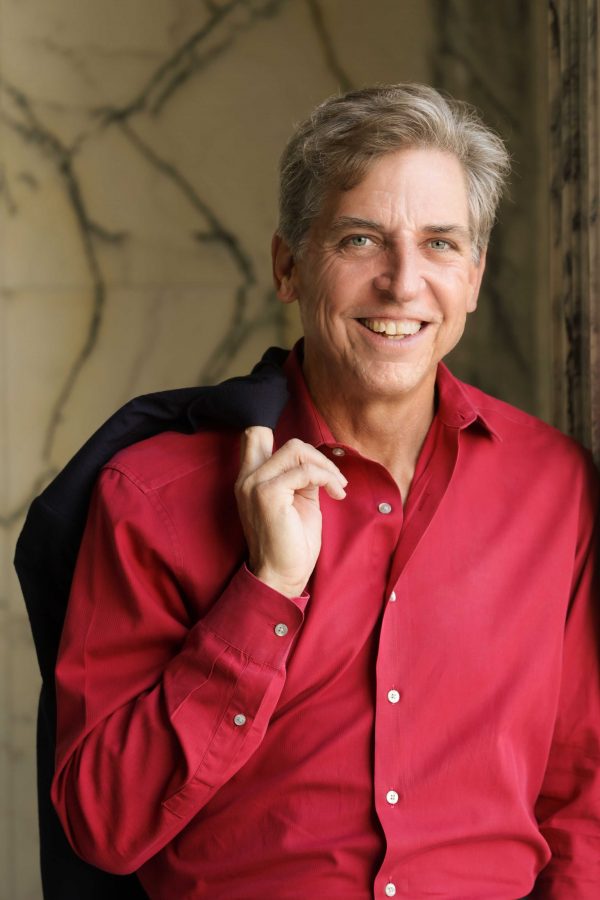 DON WOOD: Well, my wife and I have lived in Ventura for 25 years and we’ve been married 30 years. Our daughter grew up in Ventura and went through the Ventura Unified School District, so she went to Loma Vista, Cabrillo, and Foothill Tech and now she is out in Carpinteria.

I’ve been involved in supporting the schools all the time I’ve been in Ventura. So I’ve been apart of Ventura Education Partnership for 22 years, and I was president of that group for 4 years. I also like to help out at in other good causes, so I’ve been a part of the American Cancer Society Relay for Life for about 15 plus years. So I’ve done relays in Ventura, Oxnard, Ojai, Port Hueneme; so about 25 different relays, I am the voice of relays they call me host those things.

I’ve helped out with the Kingdom Center, which is now the City Center, it’s for transitional housing largely for single mothers who have gone through issues and are trying to get back on their feet. So I help them raise money. Also, the All-American Ballet School, I help them out, raising money. Those are the things I try to do in the community to contribute and my work has not always been in Ventura, it’s been about everywhere else in the country except Ventura.

At the end of your term, if elected, how will Ventura Unified schools be using technology in ways they aren’t right now? What will be your steps to achieving that result?

WOOD: Well that’s one of the big things that I am promoting, is that I think we need to have a forward-looking, a long range facilities and technology plan. So I think we’ve got to really look at what the needs are into the future and create that plan that says okay here’s the technology we need, let’s get it in place, and here’s the facilities they are lacking or need improvement, here’s what we need to do, here are the assets we have to utilize to but towards that.

I know that the district is the large property owner in the city so there are properties that they own that they are not utilizing that might be put to use towards something like this. Maybe we sell a property and get some money and use that towards technology and that kind of thing.

I don’t know exactly what that technology would be but for example I was talking to the superintendent of the Simi Valley School District, and they just put 15,000 Chromebooks in their schools. And they’ve got them in every classroom, just assigned to the classroom so they don’t leave the classroom they stay with the class. Maybe that’s the way to do it or maybe there is a different way to do it, but that is the kind of thing we need to look at.

In your opinion, what is the next step to ensuring high school students are prepared for the SBAC (the Common Core standardized test)?

And then number two is we just need to make sure that we are pushing that curriculum into the schools from an early age on so that by the time they get to high school they are used to the methodology and the approach. Critical thinking, which I think it’s a good thing, I think that the way that we are approaching that is a good thing.

I think it makes it more challenging for the English learners, when you look at math, for example, because instead of just doing calculations you have to write out the explanation. So we need to consider things like that but it’s really just making sure that we are using the approach using the methodology in the classroom, so that we are prepared.

The Ventura Unified budget for this year is around 180 million dollars. If I gave you ten million dollars more today to invest in our school district however you see fit, how would you spend it?

WOOD: Well I did technology would be one thing I would look at, and I think the other thing I would look at would be teacher at the elementary level. I think we need to work to keep class sizes small in the elementary schools, which is one of the things that I know Measure R goes to, is to keeping some of those at least K-3 at 24. At grades four and five they kind of jump up after that and I’d like to maybe he doesn’t make sense to maybe reduce those class sizes down a little bit more to make sure everyone comes out with a real strong base when they go to middle school. Technology as well… I mean, facilities as well, I would look at the facilities. the other thing is…. sorry I had something else but I forgot it, I’ll come up with it.

What do you think is the most pressing issue facing our schools today and how can it be addressed?

WOOD: Well, this is one thing certainly money could be used for, one of the biggest reasons is budget, certainly. So and because it’s an issue in Sacramento with the retirement system, the district is going to have to contribute an additional amount of money, about an extra 2 percent, into a retirement fund every year which is millions of dollars, each year for about the next 7-8 years.

The other thing is – this is the thing as blanking out on earlier – is really creating a path to success for all the students, not just the the college bound, but the non college bound. So I think we need to come up with better technical education training for the high schools in conjunction with VC and the Adult Ed. program, so that some of the students are getting that kind of Education at the high school level. So they aren’t waiting until they’re out of high school and then going back for vocational training and kind of getting put behind.

I’d like to see it where we’re at a point where kids can leave grade school and go straight into the workforce, if they’re interested in a trade or something like that. So that is something that I think we could do a better job in that area, and as well as kind of equalizing things for the low income kids. If you look, we’ve got some pretty dramatic differences, if you compare school to school with percent of low income. And so I think we’ve got to put more effort into some of those schools to make sure that everybody has equal footing.

Sometimes to students, school board policy decisions seem to come out of nowhere. Most students don’t know their school board members, don’t know when the board meets, and aren’t informed about the decisions the board makes on a regular basis, like for example decisions about curriculum or disciplinary policies. If you are elected, how do you plan to cultivate a closer relationship between the board and the students, ensuring that they get a chance to speak on issues that pertain to them and are informed of decisions once they happen?

WOOD: So I’m big on communication and I think that’s the answer the question. I think we I’ve got to be visible we’ve got to be accessible and we’ve got to make an effort to communicate. it can’t just be kind of a rote process, it’s got to be something we really care about and that we put the effort into. So that’s one of the things I have the time to dedicate and I plan to be at the schools and get out there, you know ask find out what is important to the students, the teachers, the parents, the community, the business community.

I know there are some programs for students to speak at School Board meetings and that kind of thing, and they represent what’s going on with the school. But I think you’re right, maybe there’s a better two-way process. I think a lot of it becomes very process-oriented and we’re not really engaging.

So I think we can engage and trade opportunities to have those conversations at the schools the meeting we have a student debate on one of these curriculum changes and just stay at the mind working and thinking about what is the decision-making process the board is going through; why are they making this kind of decision but that sort of thing.

Is there anything else you’d like to add that I didn’t ask?

I think we’ve got to… Because I think for some kids a lot of families are really engaged in the process they have their parents help to push and make sure that they are on the right path, and that’s great but some don’t have that same opportunity, or that same luxury. So I think that’s where we have to step in and help and make sure that hypothetically essential kids could get the opportunity to continue to advance and they don’t fall through the cracks.

Like for example, I’m a big fan of the FIRE program at Foothill. I think that’s a great program too, kind of just a safety net, to make sure kids don’t fall through the cracks. They don’t wait too long before we jump in and try to help them out so I’d like to see something like that throughout the other schools because I think again trying to grab these kids before they fall through, keep them on the path, I think that’s important. So that’s some of the things I think are important.

The other thing is and I’m really big on is connected learning programs. So we’ve got a lot of neat programs that are going on down at the elementary level, if you look at ATLAS, if you look at EP Foster, Sheridan Way, the other schools, Will Rogers, that have this kind of magnet academy going on.

Well let’s create a connected program that goes on through the middle school, through the high school. So you’ve got it the process that flows that goes all the way through periods of someone speaking Mandarin at Sheridan way they can take that all the way through high school, for example. Or more other programs like that. So does some of the things I think are important and I appreciate your engagement it’s neat. I got involved in an early age and I think that’s how you do it, just start there and stay involved. So I applaud you for being involved and pay attention at what’s going on in the government. So thanks.