“The Light Between Oceans” shines bright as a cinematic masterpiece 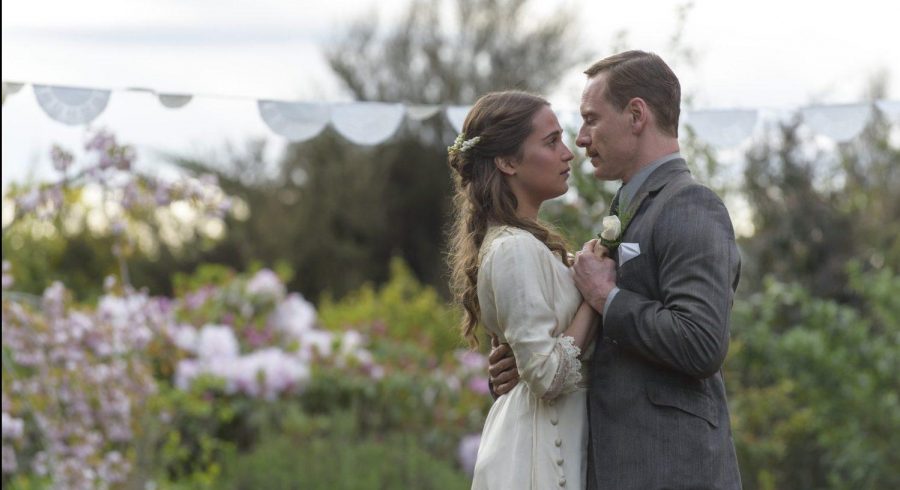 “The Light Between Oceans” is not a love story. It is an emotional tragedy depicting how the choices of one couple can affect the lives of others. It is a moral struggle between doing what is right in the midst of catastrophe. Despite mediocre reviews from critics, “The Light Between Oceans” may be one of the best directed and put together movies in recent cinematic history, and has a bright future for the approaching awards season.

After the Great World War, Tom Shelbourn returns to his home in Australia and signs up to become the replacement lighthouse keeper on an island 50 miles offshore called Janus. When he falls in love with a local girl named Isabel, they move to Janus together to start a new life while tending the lighthouse.

But after a miscarriage and one stillbirth, Isabel is utterly heartbroken and depressed, until a screaming baby along with the dead body of its father washes ashore on the island. Despite Tom’s instinct to report the baby and the body, Isabel pleads for them to keep the baby, saying it was “a sign” since her stillbirth was two days before.

After years pass and the little girl, who they name Lucy, grows, they return to the mainland only to find out that the real mother of Lucy is alive and heartbroken that her husband and baby were lost at sea.

Now stuck in a moral dilemma, Tom and Isabel fight to keep Lucy as more clues lead the real mother to the whereabouts of Lucy.

Based off of the best-selling novel, “Light Between Oceans” exquisitely follows the well established, in-depth plot created by M.L. Stedman. With only a few scenes missing, the movie flows smoothly, making it easy for the audience to follow and analyze what certain scenes mean without being explicitly told.

Director Derek Cianfrance had an artistic vision for the film, bringing the quaint settings of the story from page to screen, filling the movie with stunning sunsets and scenery, not to mention the skillful cinematography that set the tone and revealed the raw emotion displayed from the actors. For this particular film, there could not have been a better director and screenwriter than Cianfrance, whose product did the novel justice.

The acting may have been one of the highlights of the film, which I believe will earn the film a variety of Academy Award nominations.

[email protected] Wow! Thank you for a movie with depth, complexity, emotion and beauty. If anyone is looking for a quality film go see this.

Michael Fassbender, who portrays Tom, has an unforgettable presence. All of the talent, passion, love and emotion he puts into his character is evident and raw. Since Tom is a survivor of World War I, his respectful yet dazed and depressed emotions directly reveal how he is a part of this post war “lost generation,” feeling guilty for being alive when others are dead.

In fact, he makes a similar statement in the movie, which further develops him as a part of the lost generation, when he gives a speech in front of the rest of the town, saying how he doesn’t know why “a man like [him]” survived when “good men” were killed in the war.

Fassbender’s superb acting displayed the inner-struggle of Tom when his on-screen wife pleads to keep the baby, the turmoil and regret of  his decisions, the selflessness and bravery he goes through to do the right thing while also protecting his wife.

The romantic chemistry between Fassbender and Alicia Vikander, who portrays Isabel, is genuine and authentic, making the movie feel even more emotional. The Academy Award winning actress uses her skills to show the damage and pain her character goes through, almost coming natural and making the audience feel sorry for her.

@TLBOmovie was an ocean of emotion. So great! Michael Fassbender and Alicia Vikander are fantastic. Their acting never fails to impress!

Rachel Weisz who portrays Hannah, the real mother of Lucy, uses also her Academy Award winning skills to create sympathy from the audience, while also presenting one of the main themes of the movie: forgiveness.

“You only have to forgive once,” she said in the movie. “To resent, you have to do it all day, every day.”

The flawless acting, beautiful directing, and powerful story all display the themes of making the right choices and choosing to forgive, overall creating a vivid masterpiece.

“The Light Between Oceans” is sure to captivate audiences with raw emotion and an unforgettable story, and make it far in the race to achieve multiple Academy Awards.