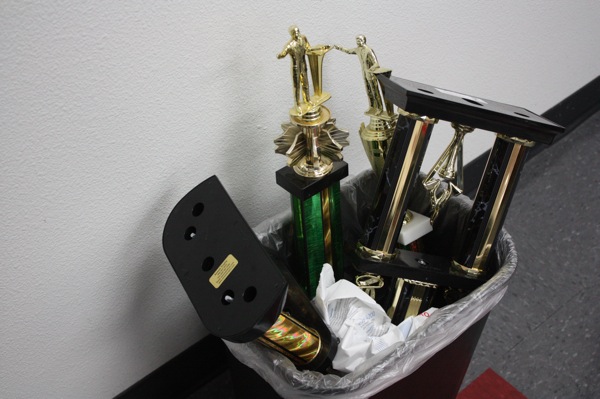 What can you do in six weeks? If your answer is ‘build a robot,’ you’re probably on the Foothill Robotics Team, who had a six week period to build their robot before their Los Angeles Regional competition March 24–25.

They finished 45th out of a total of 64 competitors at the event.

Nicole Teitel, a junior on the team, explained, “The competition was a game of us putting the First Robotics logo onto these pins on a wall.”

Their autonomous systems may not have snagged first place this year, but they are hoping for a chance to try again next year. However, due to the new club policy that may be implemented at Foothill next year, they may not get that chance.

“Clubs can no longer go on field trips,” said Teitel, “Unless they are tied directly to a class. That means we [Robotics] couldn’t go to the {sidebar id=11}competition on Thursday and Friday.”

This new measure is part of several cost-trimming measures being implemented at Foothill, and not at the district level. In anticipation of an impending budget crisis, the school is looking to cut trips and events. Foothill will only host two dances next year rather than four or five: the winter formal and prom.

Principal Joe Bova explained that the policy is not set in stone, but it is likely that clubs will be limited to activity during “club time,” or the time allotted for their weekly meeting on campus during lunch. He also stressed the difference between clubs and organizations – organizations can still take trips, clubs cannot.

AVID, for example, is an organization, and tied directly to a class. Therefore, they would still be able to take trips to colleges around the state as part of their program.

“We’re trying to cut back on things that are stretching resources,” Bova said. “This is actually what most schools do.”

This policy, if it is officially implemented, will take effect at the start of the 2011-2012 school year.

“With the idea that there are going to be fewer days next year and bigger class sizes,” Bova continued, “things are just too booked up.”

Some teachers, like robotics club advisor Wendy Dowler, are sad to see their clubs lose these opportunities, but sympathetic to the budget stretch.

“I’m sure they’re well intentioned,” she said, “but the teachers were never consulted. If the administration is seeking to ease the workload of teachers with larger class sizes, they should discuss it.”

It is true that this policy was discussed between the administration and the ASB advisor and ASB members, not the faculty at large or the district. ASB does govern the clubs on campus, but many students expressed disappointment at the thought of losing the opportunity.

Some, like the Culinary Arts club, will no longer be able to take off-campus trips. The club previously went down to Los Angeles for a day to tour the Le Cordon Bleu College of Culinary Arts.

And some, like the Robotics Team, are trying more creative approaches to continue their full spectrum of activities.

Teitel explained, “We’ve decided to form a class at the college. The college is very accepting of us. Then we could expand to a community high school program for the whole district – 50% of the First Robotics competitors are.”

A district-wide class at the college would be able to attend next year’s annual competition, and would be open to students from El Camino, Buena, and Ventura. St. Bonaventure currently has a robotics team of its own.

“Beach Cities Robotics, which is really strong, has multiple schools. A lot of the winners do.”

Whether this policy is officially implemented or not, it already has the clubs buzzing and doing their best to prepare for the worst.