The Foothill Dragon Press • May 16, 2016 • https://foothilldragonpress.org/246745/news/students-hungry-to-showcase-ventura-eats-films/ 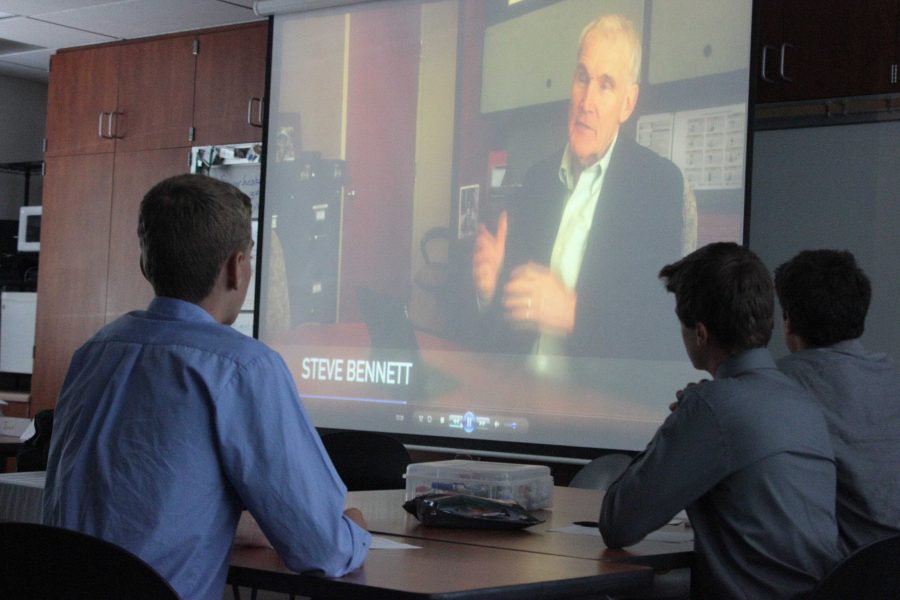 Dressed in formal attire, teams of students gathered in the quad after school on Monday to prepare for their “Ventura Eats” presentations.

The “Ventura Eats” ninth-grade project was renovated last year as a new project based learning activity in which groups of students do research, conduct interviews and film to produce a documentary about local agriculture. They have a wide range of topics to choose from, such as organic farming, water usage and GMO products. Two new topic choices were added this year: farm technology, and bees and agriculture.

After about a month of work and coming up with a team name, the groups rally in a competition where they all showcase their documentary at the Foothill Food Film Festival.

Coach and health teacher Anthony Unchangco is one of the coordinators for the ninth grade project, along with teachers Kurt Miller and Yiu Hung Li. Through “Ventura Eats,” Unchangco hopes that students will gain “a better understanding of the huge agricultural resource we have in Ventura County and bring it local.”

One team, the “Bee Sting Boys,” created a film “based on bees and pollinators and how they affect the agriculture of Ventura County,” according to team member Ben Bernard.

One of the challenges they faced in the production of their documentary was “getting the group together [and] dedicating weekends to going out and actually getting the footage,” fellow member Daniel Montes said.

For future ninth graders, they advised, “Don’t procrastinate [and] choose your team wisely. Make sure you can get along with the people in your group.”

Ryan Aranda, a member of the “Agrarian Dragons,” produced a documentary about sustainability and organic farming.

Akin to the “Bee Sting Boys,” he found that “scheduling and meeting after school [and] on weekends” was one of the main challenges his team overcame. He would encourage future freshmen to “never do stuff at the last minute. When your project is assigned, do it right away. It will buy you some time for editing.”

Trinity Durborow and Yoanna Soliman from the “Pesticide Detectives” aimed to teach others about the impacts of pesticides with their documentary. Kai Miyashiro and her team made a film to educate others about the benefits of organic farming.

Like most teams, they used WeVideo to create their documentary. Soliman explains that her team had technological difficulties with the program, so she hopes that the school will use a better video-editing program in the future.

The winning teams will be posted on Foothill’s website once votes are tallied.