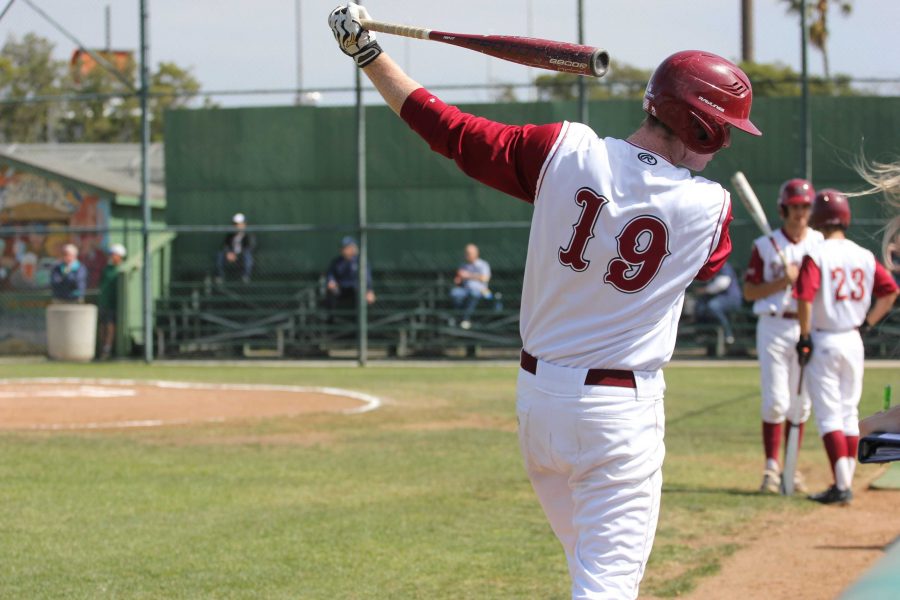 A breezy afternoon at Ventura College last Friday afternoon marked the start of another home game for the Foothill baseball team. The Dragons defeated the Villanova Wildcats by a score of 8-0.

A breezy afternoon at Ventura College last Friday afternoon marked the start of another home game for the Foothill baseball team. The Dragons defeated the Villanova Wildcats by a score of 8-0.

The first inning of the game started off with an interference call on the Dragons’ catcher junior Dylan Tamburri who accidentally bumped the batter resulting in the Wildcats to get on base. However, the Dragons kept the Wildcats from scoring.

At the bottom of the first, Dylan Tamburri was able to score off of a single to center field by sophomore Jacob Bridges. The inning ended with the Dragons on top with a score of 1-0.

In the second inning, Villanova was not able to get past first base. The Dragons were able to get players on base including a steal to second by sophomore Colin Vallance, but were not able to score any runs.

The Wildcats quickly loaded the bases with a couple of singles, putting Foothill’s pitcher junior Ryan Tamburri in a difficult situation, but he threw three consecutive strikeouts to get out of the pickle, not allowing the Wildcats to score any runs, even with the bases loaded.

The Dragons’ offense picked up in the bottom of the third inning. Bridge’s single to right field brought in a runner, rising the score to 2-0. Ryan Tamburri also hit a sacrifice bunt to right to bring in senior Josh Ellison making the score three to zero to end the third.

The fourth inning was all about defense. Neither team could get on base. It was three quick outs on both sides of the inning.

Only the Dragons could score in the fifth inning. Josh Ellison and Bridges both had a single to center field and stole second base. They both eventually scored making the score five to zero to close the fifth.

The Wildcats continued to struggle in the sixth inning and could not get on base, as Ryan Tamburri shut them out.

The “highlight of the sixth inning” for Foothill was junior Dale Starr’s triple, which allowed two runs to be scored. Bridges then hit a double bringing in Star, ending the game with a final score 8-0.

Coach Clint Ellison was pleased with the way his team has been improving from the beginning of the season.

Coach Ellison also added that he was happy with the way his pitcher, Ryan Tamburri, played in his first complete game of the season.

“He threw a good game,” said Ellison. “He didn’t have his best stuff today but kept battling and ended up getting a complete game.”

Tamburri was content with the way he played throughout the game.

“It feels pretty good,” said Tamburri referring to his complete game. “I just came out to play hard today.”