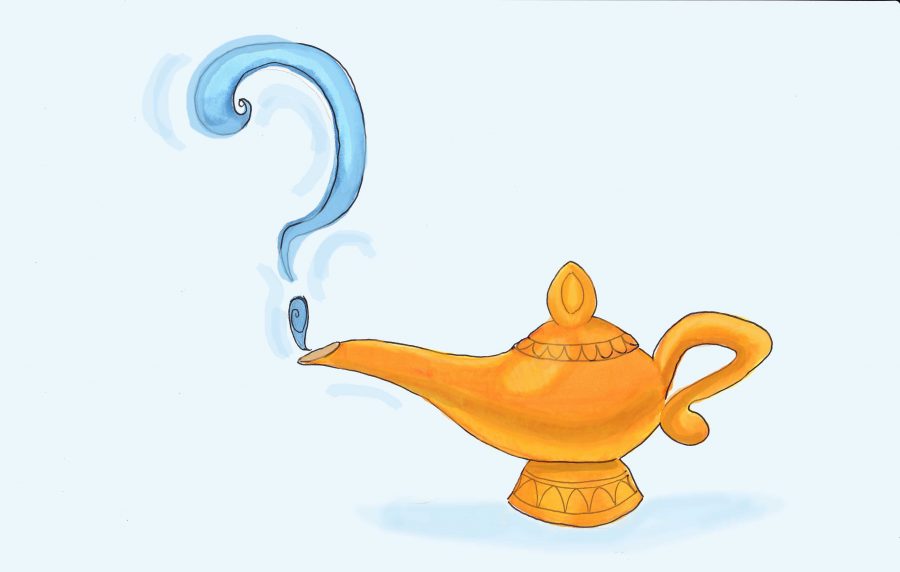 What images do the words “Arabian Nights” conjure in your mind? Maybe Aladdin, towering minarets, or beautiful mosques? Maybe you’re a bit more dull like me and recognize it as being a book of folk tales containing the story of Aladdin and many others, such as Sinbad the Sailor.

Yet still others hear “Arabian Nights” and immediately think of cultural appropriation. They see the ever-insensitive white culture stealing yet another heritage.

Foothill High School’s 2016 Prom theme was chosen to be “Arabian Nights,” and many people were quite enraged by this “insensitive” selection, and were outspoken regarding their beliefs that Arab culture was being appropriated.

While I applaud those who are convicted in their beliefs and unafraid to express them, I am disappointed at the lack of sensitivity shown toward those who have devoted significant amounts of time to the planning of this event.

To begin, the manner in which displeasure with the event was expressed was completely inappropriate. The Associated Student Body (ASB) has a variety of simple ways to contribute suggestions and advice. They have a suggestion box where comments can be left, and all ASB meetings are open to students. As well, there is always the option of simply approaching either members, or the advisor with questions, comments, and suggestions.

All of those options are easy and appropriate ways of contacting ASB or expressing displeasure. Simply complaining, or expressing contempt for something that ASB has planned without having taken advantage of those options is completely off base. Not to mention, doing so is incredibly disrespectful to those who put time and work into planning the event.

As well a situation such as this is simply not worth becoming mad about due to the fact that there are much greater atrocities being committed, and severe acts of racism are conducted daily. The word “racism” was bandied about in regards to the prom theme somewhat carelessly. Judgement of whether an act or action is in reality racist ought to come from the ethnic group it is perceived to affect.

People who are seeking cultural equality and respect need to pick their battles more carefully. Choosing to make such a large issue about the smaller problem of a prom theme while significantly racist ideology still exists at large completely destroys credibility and nullifies the the importance of larger problems.

It’s like our mothers always told us when we were young: “Don’t make mountains out of molehills.” Likewise, it is notable that when the person that is always quiet makes mention of something, or suddenly turns assertive, others will inevitably listen.

In the same manner choosing not to overreact in situations of lesser offense allows for oneself to be taken more seriously when the occasion arises to go to bat for the larger affairs.

Now, we under no circumstances believe that western culture is not guilty of racism and cultural appropriation. People need to find a way to become more sensitive to other cultures, otherwise we will never be able to get past our petty grievances further down the road.

However, let’s not confuse cultural appropriation with cultural exchange. There is an enormous difference between the inappropriate use of a culture or a culture’s heritage, and the natural and beneficial exchange of traditions and ideas. Without this exchange of ideas human kind would not have been able to progress to this point and almost certainly would progress no further.

Whether or not the topic of prom is cultural appropriation, or even something more severe, is to be determined only by those whose ethnicity it is directed at.

Sensitivity is key to any problem. We must exhibit sensitivity in choosing the issues to become mad about, in understanding how our actions will affect others, and in understanding other cultures and how to beneficially interact rather adopting the precedents of ignorance and disregard for heritage and rights.