Eleanor & Park: where romance and racism seem to go hand-in-hand 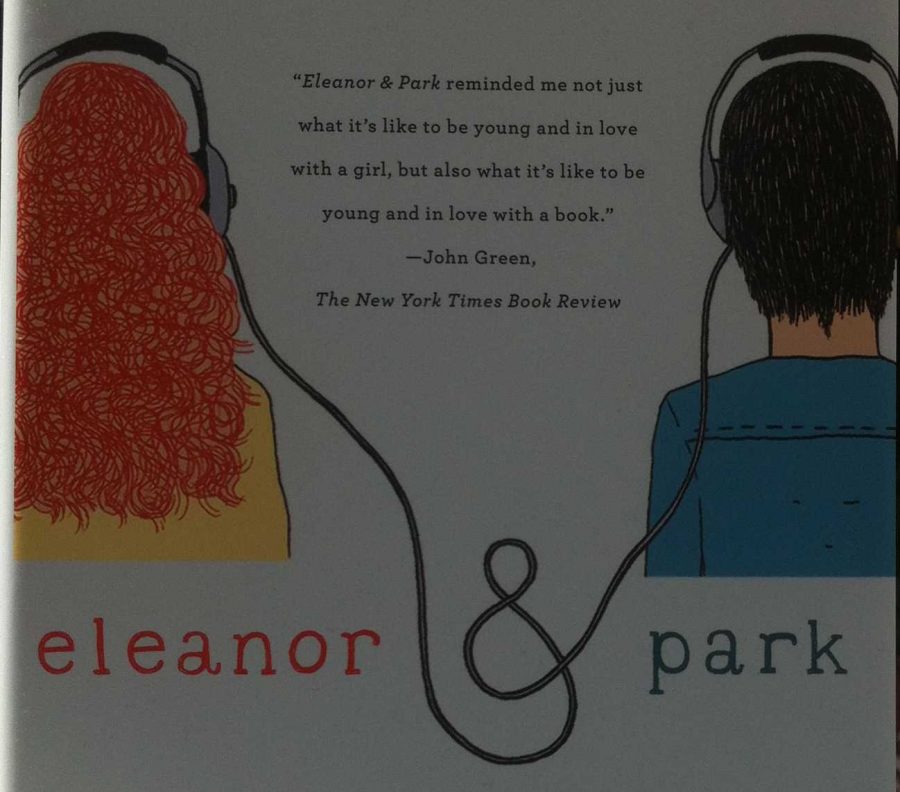 It’s the 1980’s, when cassette tapes and brightly colored clothing were all the rage, and two strangers from polar opposite worlds find each other in a school bus that’s just too crowded. Rainbow Rowell’s stand-alone novel Eleanor & Park tells the story of two star-crossed lovers by using alternating perspectives between the two protagonists, Park Sheridan and Eleanor.

Park is half-Korean and half-Caucasian, coming from a relatively well-off family. He takes after his mother’s slender appearance rather than his father’s tough, macho look, all of which contributes to his physical insecurities. While on the bus, Park spends his time reading comic books and listening to music until, of course, he meets Eleanor.

Eleanor comes from rather dreadful family conditions, and lives with an abusive step-father. She was kicked out of her house in the past, but later returned to live with her mother, step-father, and four younger siblings again. As a result, Eleanor is closed-off, and does not trust easily. Although she is quiet on the surface, the reader gets glimpses of her opined thoughts when the perspective switches to Eleanor’s.

The novel’s plot centers around the ups and downs of Eleanor and Park’s relationship, but more than anything, it highlights the progression and development of Eleanor. As her relationship grows with Park, so do her social abilities. In the beginning, she was reserved and typically kept to herself.

Although such habits did pop up from time to time in the book, Eleanor learns to become more trusting of others, as well as open herself up to those around her. She becomes a more dynamic character, and her evolution showcases the fact that stepping into unknown territories can be intimidating and scary, but can bring about joyful experiences that might not otherwise surface.

“Holding Eleanor's hand was like holding a butterfly. Or a heartbeat. Like holding something complete, and completely alive. #EleanorAndPark

Eleanor & Park is, in essence, a high school love story, but what intrigued and captured me the most about this novel was its abundance of subtle social commentaries and character development. It ties in the ripple effects of poverty and domestic abuse on the characters, as well as race issues such as assimilation.

For example, despite Park’s Korean heritage, he shows almost no interest in the culture and part of that is due to his mother’s determination to “fit in” in the United States. She changes her name to “Mindy” because she wanted a more American sounding name, showing a strong desire to detach herself from her previous identity.

Whether or not Rowell’s depiction of Park’s mother abandoning her heritage was a social commentary on assimilation is left up to the reader’s own device; in my eyes, though, it was a subtle dab on systematic assimilation and living according to our norms.

However, how Rowell chose to carry out other racial topics in the novel was disheartening. What threw me off the most were its dialogues containing blatant racism and inaccurate depictions of Asian-Americans.

Now, attempting to accurately depict such a character when the author herself is not Asian-American is extremely difficult, and in my opinion, Rowell completely butchered Park’s character. Rowell incorrectly used “taekwondo” and “kung fu” as interchangeable terms, showing a clear lack of knowledge of Asian culture as kung fu is a Chinese martial arts, while taekwondo is a Korean one.

These categorical mistakes are scattered throughout the book, but what deeply disturbed me was the fetishization of Asians and the novel’s usage of casual racism. And perhaps that was playing into the culture of the late 1900’s and depicting the nature of our society back then, but it did not come across as being self-aware. To me, it seemed more like blatant racism and ignorance towards Korean culture than anything else.

How Rowell chose to carry out other racial topics in the novel was disheartening. What threw me off the most were its dialogues containing blatant racism and inaccurate depictions of Asian-Americans.

Just like with any other book, there were features I liked and disliked. In its romantic and “star-crossed lovers” aspects, Eleanor & Park excelled exceptionally.

The love and spark between the two main characters seemed genuine, and the bittersweet ending made it all the more unconventional and realistic. Its stance against common-place fairytale endings is refreshing and I enjoyed that side of the novel very much. But looking at how Rowell chose to approach racial issues in the book was frankly somewhat insulting.

I will acknowledge and appreciate the author’s effort in trying to diversify the young adult section in terms of ethnicities, as well as topics of discussion such as domestic abuse, poverty, and racial issues. However, the method in which Rowell chose to talk about these serious topics was unsettling and made the book uncomfortable to read.

Rating Eleanor & Park on a scale of 1 to 5, it would receive a 3.4. The way in which Rowell chose to address certain issues rubbed me the wrong way, and that was what lowered the score.

If she solely focused on the relationship aspect of the novel, then it most likely would have receive a higher score from me. However, the wrongs outweighed the rights, in this case.