When it comes to “Panic”: don’t Panic 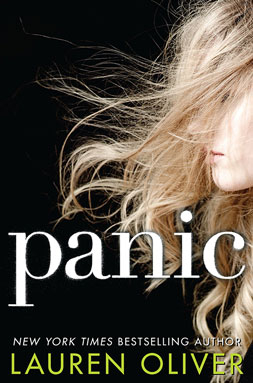 If you had the opportunity to win $67 thousand in a game of life or death, would you take your chances and compete? In Lauren Oliver’s “Panic,” female protagonist Heather Nill is determined to face her worst nightmares in order to win the grand prize for her and her sister Lily.

Panic is an annual game played locally by graduating seniors of Carp High School. No one knows how it started, nor who invented it; the only thing that matters is the reward.

The rules of the game are simple: participants must successfully complete a series of life-or-death challenges occurring throughout the summer. Contestants are not informed of when or where the challenges will take place until two to three days prior to the event. The challenges are determined by two judges who are selected from the current year’s graduating class.

The identities of the judges are to be kept secret from the contestants to prevent bribes or threats, even after the game ends. The challenges are made to be dangerous and frightening, where contenders must risk their lives to finish the game. After each challenge, participants will be eliminated based on whether or not they were able to meet the requirements and pass the tests.

Only one student will be rewarded with thousands of dollars if they win, but the only advice worth listening to is don’t panic.

The story first opens up with Heather, a brave but insecure girl, who comes from a highly dysfunctional family. Her only desire is to win the game and finally escape from the poor small town she resides in. But she knows she can’t win the game alone, so she teams up with her best friend Natalie Velez and Dodge Mason, a boy with a love for secrets and a fierce determination to win Panic and avenge for what happened to his older sister, Dayna.

This stand-alone book is told alternately between Heather and Dodge’s point of views. As the novel progresses, the challenges get harder and more nerve-racking. However, they work together to overcome challenges ranging from one’s capability to remain calm in harried situations to confronting their deepest darkest fears. Not only this, contenders must also focus on controlling the collateral damage that arises from the game. But at the end of the day, only one winner emerges.

Although Panic is a thrilling and exciting book that keeps readers on edge, it is nothing original or new. The novel revolves around the same ideas that are present in many dystopian books, even though it’s not in this genre. Much like The Hunger Games, it involves a group of teenagers competing in a dangerous game for the grand prize, and both female protagonists are fighting to protect their sisters.

I would give this book 3 out of 5 stars. I enjoyed the plot and loved how fast-paced and action packed it was, however it was hard to connect with any of the characters. Whenever the main characters were stuck in a difficult situation, it just felt like words on paper whereas when I read many other novels, the words come alive and I connect with the character/s on an emotional level.

There were also several plot holes in Oliver’s book and the ending felt too rushed. Even though I wasn’t incredibly impressed with it, Panic was still a relatively exciting read and I recommend it to anyone who has some free time on their hands and an empty “to-read” shelf.