The Foothill Dragon Press • May 15, 2016 • https://foothilldragonpress.org/231920/feature-stories/surfing-through-senior-year/ 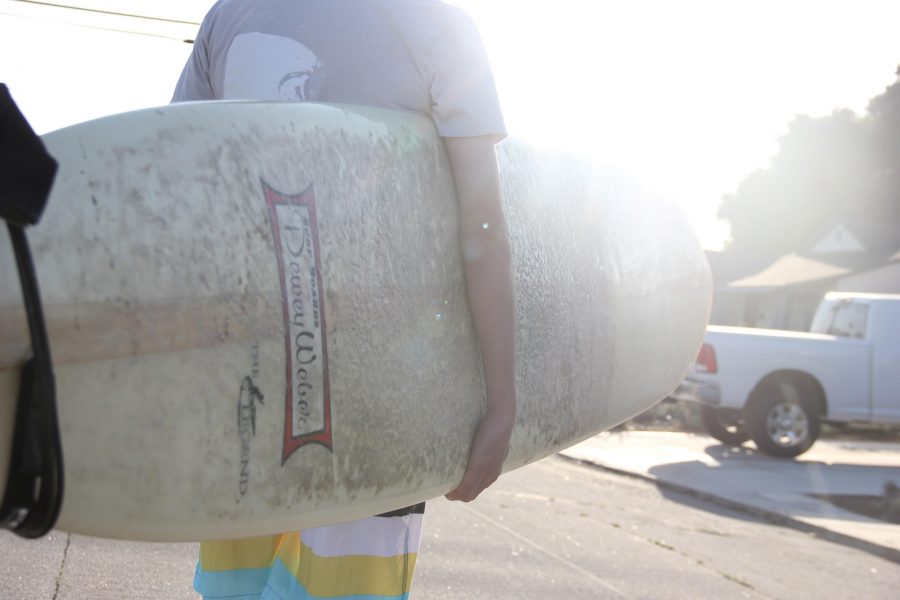 According to an article in Outside, Ventura County is one of the best hidden surf spots in North America. Mondos, located south of Santa Barbara, is the perfect spot for beginners because of its moderate swells.

Senior Aidan O’Sullivan manages to balance his passion for surfing, along with work and school, on a not-so-always even scale. Surfing sometimes tends to be prioritized over homework, in an effort to make time amidst his 30-hour-a-week job at Snapper Jack’s Taco Shack.

Born in Pascagoula, Mississippi, O’Sullivan grew up in Gautier, Mississippi where he experienced the aftermath of Hurricane Katrina. His family moved quite a few times due to his parents’ occupations of traveling nurses, which eventually landed him in Ventura.

Surfing was not foreign to O’Sullivan upon his arrival to California, but actually found a love for it after surfing with his cousin who was visiting from Mississippi.

“When I surf it’s like being disconnected from everything else in life. I don’t think about school, work, family or anything except surfing. It’s kind of like dreaming,” O’Sullivan explained.

He mainly rides Roberts Surfboards, a local Ventura shaper who provides O’Sullivan with his customized boards.

With college approaching, choosing a coastal campus is inevitable for O’Sullivan as he is “never leaving the ocean.” He received his acceptance to San Diego State University, and is strongly considering attending this upcoming academic year.

Senior and friend of O’Sullivan’s, Michael Vaughan, has been surfing for nearly three years after his brother forced him to try, while completely ignoring the fear Vaughan had of the ocean.

In middle school Vaughan enjoyed skateboarding, so when he first stood up on a surfboard he had a sort of balance for it.

He not only found his passion, but also a sense of freedom, “not caring about anything else in the world other than catching waves,” Vaughan said.

Senior Kaylin Hurley also gets the sensation of freedom from surfing; she feels instantly relaxed, relieving stress and putting her in a good mood.

“There’s no better feeling than riding a wave; the adrenaline is addicting,” Hurley said.

She enjoys surfing Ventura County, but also has a taste for exploration as she has traveled to Huntington Beach, Malibu, and even Costa Rica last summer on a surf trip.

Hurley is a first year member of the Ventura Scholastic Surf Team, and has competed in one competition, making it all the way to the semifinals.

Reminiscing on his past, O’Sullivan misses the warm water of the Gulf of Mexico and all of his family back in Mississippi, but goes on to say that “nothing beats Cali.”

O’Sullivan, Vaughan, and Hurley all support local shops and surf Roberts, as well as Yater and Walden boards.