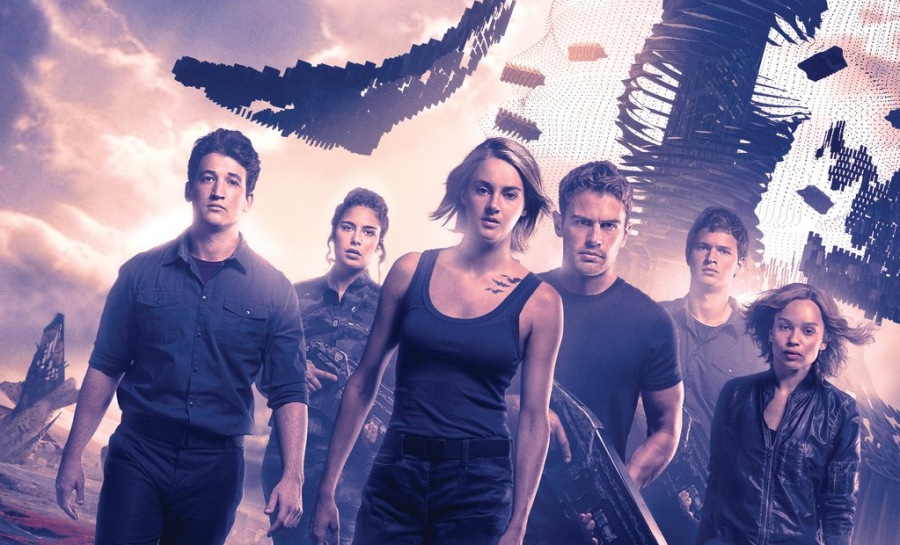 “What makes us different ties us together.” The recent installment of the worldwide phenomenon, “The Divergent Series: Allegiant,” directed by Robert Schwentke, was promised to be loyal to the content of the best selling novel by Veronica Roth, especially after fans deemed “Insurgent” a flop.

“What makes us different ties us together.”

The recent installment of the worldwide phenomenon, “The Divergent Series: Allegiant,” directed by Robert Schwentke, was promised to be loyal to the content of the best selling novel by Veronica Roth, especially after fans deemed “Insurgent” a flop.

However, “Allegiant” fails to fully adapt the novel, and struggles to keep the fast pace as it glosses over the complex storyline it establishes, leaving watchers and fans wanting more explanations.

The movie begins immediately after the end of its predecessor, “Insurgent,” where a message from “The Founders” of the faction society was released, telling everyone to “emerge from [their] isolation [to] rejoin” them beyond the wall that encloses the city.

“Allegiant” picks up with everyone within Chicago attempting to venture out into the unknown world, until Evelyn, leader of the Factionless, assumes power and closes the wall, ordering everyone to remain inside.

Beatrice “Tris” Prior and Tobias “Four” Eaton plan to go against Evelyn’s new law, and climb over the wall as a civil war begins to brew inside the city, threatening Evelyn’s new tyrannical reign.

Once outside in the radioactive and toxic world, Tris, Four and the rest of their group are rescued by the mysterious organization, known as the “Bureau of Genetic Welfare.” There, everything they once knew becomes fallacy as they discover the true meaning of Divergence, the people of the Fringe, and the Purity War that destroyed the world.

Despite how actor Theo James, who plays “Four” in the series, claimed “Allegiant” would be “pretty similar” to the book, there are several key parts from the novel missing in the adaptation. This may be due to the changes established in “Insurgent” that the producers and screenwriters had to make up for.

One key scene in the novel, the smashing of the Choosing Ceremony bowls which symbolized the end of the faction system and the beginning of the new “Factionless” era, was absent in the movie.

Compared to the book, there were more technological advancements in the movie, such as military hovercrafts, invisible walls, flying disks, and floating elevators. These “improvements” took away the simplicity of the society established in the first film “Divergent,” distracting the audience from the main theme.

“Allegiant” contained excessive amounts of computer-generated imagery (CGI), trying to appeal to younger audiences, though the only thing it attributed to was distracting viewers.

Since it was announced that the final novel was going to be split into two movies, like other popular franchises such as “The Hunger Games,” fans automatically thought that the movie would adapt half of the book, like “Mockingjay.”

In order to save the biggest, most important (and controversial) plot twist of the book for the final and fourth movie of the franchise, Tris was actually sent back to Chicago, whereas in the book, she remained in the Bureau of Genetic Welfare as Four went alone.

But because the film had so much information in this short movie, scenes were cut too short, creating a very fast pace that was hard for the audience to follow.

Even though important aspects of the book, such as scenes between Four and Tris, plot points, and character development were present, the film seemed more like a “SparkNotes” version.

The changes did help some details of the film, including redeeming itself from the mess “Insurgent” created, such as “the Box” and the non-cliffhanger ending. The movie flowed much easier from “Insurgent,” instantly continuing the story and further developing it along the same pace.

Miles Teller, who fantastically portrays “Peter,” adds sarcastic humor that lightens the movie, making it even more enjoyable than the intense scenes.

The constant action throughout kept viewers engaged, heart beating rapidly, and eyes wide open in shock, helping develop the restless tone and theme of the movie: that despite genetic differences, everyone is equal.

“The Divergent Series: Allegiant,” though somewhat different from the original plot and too fast paced, is sure to excite fans and please audiences, opening up a whole new story for the final movie of the franchise, “Ascendant.”

@Divergent Allegiant was AMAZING! Had me on the verge of tears! It was so badass and just brilliant!