District cancels parking fees and ASB loses up to $8,000 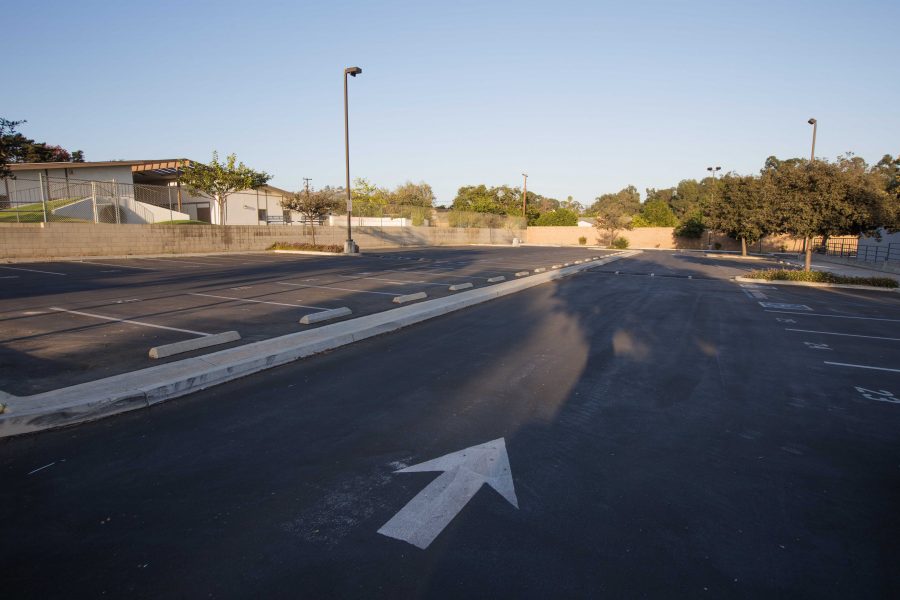 Parking fees were officially canceled by the district on Oct. 7, resulting in a loss of up to $8,000 for Foothill’s Associated Student Body (ASB).

Foothill had previously charged students for designated parking spots in the student parking lot, of which there are 88. The school was the only in the district that charged for parking.

The district decided to cancel the fees after Superintendent Trudy Arriaga held several meetings with Assistant Superintendents, legal counsels and school principals. In the end, they decided they did not want one school to have parking fees while others did not.

Since parking fees were one of the major sources of income for ASB, the cancellation causes a significant loss of funds.

“It’s obviously a huge disappointment for the school and especially for our ASB class, because we don’t have the opportunity to raise revenues like other schools in terms of games for football, and that kind of stuff,” Principal Joe Bova said.

“Parking fees was one of the ways where we could actually collect money for the ASB program that could then be used to support programs for all the kids on campus.”

“What [the district’s] legal counsel discovered is that you can’t charge parking fees without going through the Board of Education and get some kind of approval through a DMV process for charging parking fees,” said Principal Joe Bova.

According to legal counsel, schools must go through a Department of Motor Vehicle (DMV) process to charge parking fees.

The parking fees had been raised incrementally over the years, and reached a price of 100 dollars this year. This was a decision made by Bova and the Foothill administration.

According to ASB member Lauren Dalmatoff, the administration raised the price of the fee due partly to the coupon books raising $2,550 instead of the expected $10,000 during the previous school year.

Near the start of this school year, when the new fee had been implemented, Bova received a call from the district.

A parent had called Ventura Unified regarding the parking fees, but the nature of the question or issue is unknown, Bova said.

[alert type=alert-red ]All parking spots have been given out for first semester. Some may open up second semester and will be announced. [/alert]

The district looked into the issue with their legal counsel, and discovered that in order to charge parking fees, a school must go through the Board of Education and get approval through a Department of Motor Vehicles (DMV) process.

“What [the district’s] legal counsel discovered is that you can’t charge parking fees without going through the Board of Education and get some kind of approval through a DMV process for charging parking fees,” Bova said.

“So, [the legal counsel] discovered in this whole process, that our district had […] never had a process where they’ve done that. They probably didn’t know they needed to do that.”

Foothill had never gone through the DMV process, and had been issuing parking fees for years. Since Foothill has a limited number of parking spots, it is more necessary to charge compared to Buena High School and Ventura High School.

Ventura and Buena do not charge parking fees. Students at El Camino High School have to buy a Ventura College parking pass.

Bova said that legal issues like this are probably common among many schools.

“There’s probably, believe it or not, across the country probably hundreds of things that schools are doing that they don’t realize that there may be some other compliance issue. I mean this stuff happens all the time,” Bova said.

The California Constitution mandates that education must be free, which is why charging for course materials, labs, and field trips is illegal. Technically, parking fees are an exception to this rule, as parking in not necessary to a student’s education.

“We can legally charge for parking fees, it’s just that now the issue is whether or not the Board wants do it at all the schools, and that makes sense,” Bova said.

After hearing the complaint from the parent about the fees, a meeting was held at Foothill, where principals from all of the district’s high schools gathered to discuss the issue. Superintendent Trudy Arriaga was also at the meeting.

Arriaga decided that she wanted to discuss this issue further with her co-workers in the Executive Cabinet.

Bova was told to wait for the decision and that he would be notified with the Executive Cabinet’s decision.

The parking fee issue was then discussed by the Executive Cabinet, which consists of Arriaga, all the assistant Superintendents, and some legal counsels of the district, but was not taken to the School Board.

There was a discussion including all the high schools, and it was decided that the district did not want one school to have parking fees while others did not.

Bova was notified on Oct. 7 that the parking fees were officially abolished.

Melanie “Captain” Lindsey and ASB disappointed by the decision, working to mitigate the effects

ASB adviser Melanie “Captain” Lindsey said that the next step would be to send home letters asking for donations in place of the fee. She is unsure, however, whether or not that will completely make up for their losses.

“I honestly don’t know what the reaction is going to be. I mean, if they don’t have to pay for a parking lot, why would they?” Lindsey said.

Some ASB events might be canceled if enough donations and money from the new fundraiser aren’t received, but Lindsey is still unsure.

In order to raise funds, ASB also introduced a new catalogue fundraiser. They hope it will help offset the lost $8,000.

ASB vice president Nick Vaughan said that he was disappointed about the loss of funds.

“It’s kind of a bummer, trying to put on the same events and do even more this year, but now we have to do it with $8,000 less,” he said. “Especially wanting to help the school, and a lot of times get criticism for it […] this is another one of those guidelines that puts a restriction on what we can do.”

Lindsey thinks that paying a fee for parking is fair, and that having to walk to school is not a big weight on students’ shoulders.

“I walked to school and back everyday. It didn’t do me any harm.”

Vaughan also thought that charging for parking was fair.

“You have to pay for gas, and I think parking is part of the responsibility that comes with paying for a car. And it ultimately really, really helps ASB,” Vaughan said.

“Life is going to throw you roadblocks, and you’re just going to have to find a way to get past those,” said ASB vice president and senior Nick Vaughan

The students who were given spots this year did not have to pay, Bova said. They were told at the beginning of the year that there would be a chance that they would have to pay, but because of this decision, they will not.

Despite the cut in funds, ASB will try to provide events and a great experience, Vaughan said.

“There’s two different ways you can think about it. ASB is not going to complain that we lost 8,000 dollars. We’re disappointed by it but we’re not going to stop trying to provide a great high school experience for everybody,” Vaughan said.

“So, it’s a significant loss in money, but ultimately the only way we are going to profit over this is if we look at in in a stronger way and just try to get around the parameters,” he said.

“Life is going to throw you roadblocks, and you’re just going to have to find a way to get past those.”

Sienna Romero and Bella Bobrow contributed to the reporting of this article.