After school jobs: Are they beneficial? 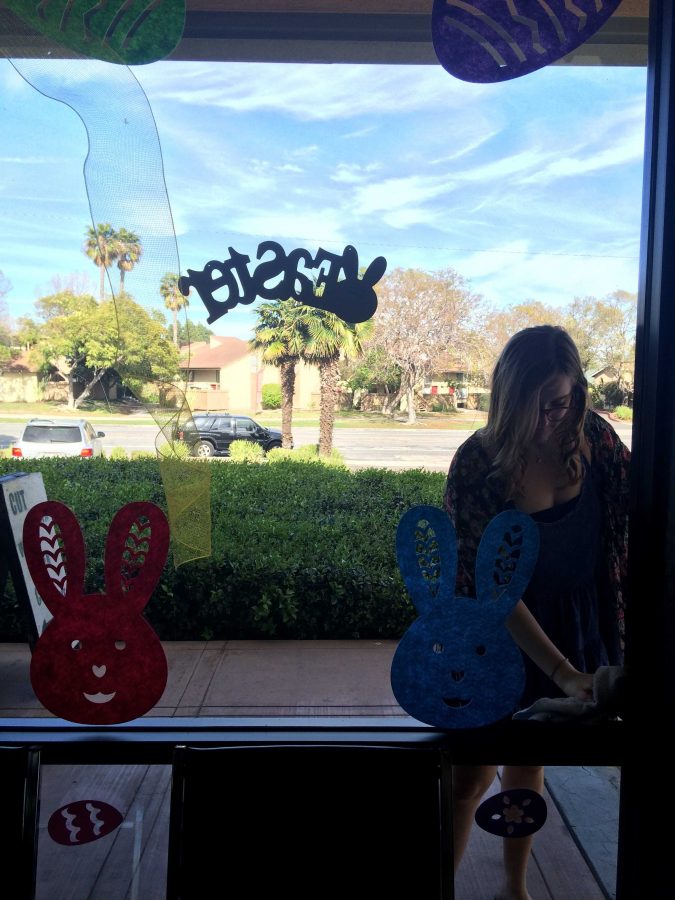 Along with the many responsibilities teenagers face, some may choose to add on a job. About 4.7 million teenagers have part time jobs in the United States. Coming closer to home, Foothill also has a few students who have learned what the value of a dollar really is.

Along with the many responsibilities teenagers face, some may choose to add on a job. About 4.7 million teenagers have part time jobs in the United States. Coming closer to home, Foothill also has a few students who have learned what the value of a dollar really is.

Kailey Schuyler, a senior at Foothill, is sweeping her way into money and responsibilities by working at EZ Street Salon.

Schuyler has a routine at work that keeps her on her toes, of which consists of “Washing the windows, reorganizing the shampoo displays, making coffee, sweeping the shop, cleaning the sinks and bathroom,” she said.

Schuyler loves the extra income, even though she wasn’t in major need ofit.

“There is something so satisfying in being independent in your finances. It’s nice to look at something and say, ‘Wow, I worked and I earned money to buy that,’” Schuyler said.

Juggling school is a difficult task, and in Schuyler’s case she has five AP classes, but flexible hours help out.

“I generally work anywhere from six to twelve hours a week, in small shifts of three to four hours. Not only are the shifts small, they’re flexible,” she said.

She encourages any teenager to get a job who wants one, but that advises that they need to make sure they can juggle the workload and responsibility.

At her job, she makes smoothies, cleans dishes, and interacts with customers. Mclaughlin keeps up with school and her job by planning everything out accordingly, and not procrastinating.

She says her job has enriched her life by teaching her responsibility and giving her a taste of the real world.

“The income is very helpful and I really enjoy having my own money to spend. I definitely appreciate money more now that I know what it takes to earn it,” Mclaughlin added in.

She says to anyone who is looking for a part time job to choose something you enjoy doing.

“Manage your time well and keep on top of things. It’s also really important to make time for sleep,” she said.

While working, Valdivia helps the teachers with lesson plans and tutors the kids in math and reading, and at the end of the day, she recommends if they are to come back for another session or not.

Her schedule is not too hectic as her job starts right after school.

“I go in at three and I get out at five. It works out perfectly,” she said.

Valdivia claimed that she doesn’t feel the job she has right now will help her out too much down the road, besides being able to work well with kids, as she aspires to be a pediatric psychologist.

Her favorite part of the job is helping out her students because she feels she is teaching them something valuable. Although the job is rewarding, Valdivia stated that the hardest part of her job is working with kids who are resistant to the help.

She added in that anyone looking for a job should make sure it doesn’t interfere with school.