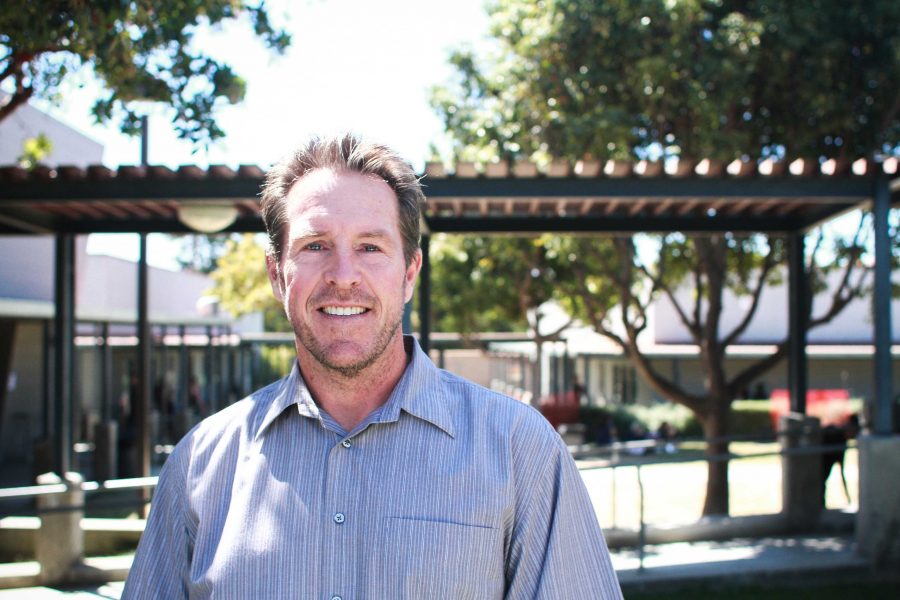 Last April, when Wayne Powers, then a Balboa Middle school math teacher, found out that he was going to be teaching Calculus at Foothill for the 2014-15 school year, he was excited but terrified.

“The thought that I was going to come to a new school where I didn’t even know how to deal with 16-year-old kids to teach the toughest class the school has to offer was so overwhelming for me,” he said.

To prepare for the job, he began reviewing Calculus, meeting with then Foothill math teacher Anthony Villa, and worked problems during lunch breaks while teaching at Balboa. Once summer began, he worked even harder.

“I literally put in no less than 8 hours a day. When summer started, I worked on it the minute I woke up until I couldn’t take. And I got really better at [calculus],”Powers said. “I relearned all the geometry, all the algebra, all the trig, seven chapters into that calculus book, before I started hitting some serious walls where I thought to myself, this is going to take a little longer to massage into place.”

“I’m really appreciative of Ms. Batch, who stepped up because she’s a nuclear engineer, so she was by far prepared to teach that class right now. I’m not saying that in the future I won’t be able to teach it but it just seemed to be too much. She took a bullet for me, and I am forever indebted to her,” Powers said.

Known in Balboa for his “brick system,” Powers has brought this quirkiness to Foothill as well, lining his classroom walls with a neat arrangement of red rectangular paper “bricks.”

“I just found out a long time ago that if you give kids some incentive on a quiz or a test, they’ll try a lot harder for you. So I came up with the paper brick system. And it’s if you get a perfect score on a quiz or test, you get to have a paper brick on the wall with your name on it,” he explained.

Since he began this tradition, it has grown and changed, shaped by enthusiastic students eager to earn more “bricks.” Now, if a student earns five “bricks,” they then receive a shiny “brick,” and when they earn five shiny “bricks,” representing twenty-five perfect quizzes, they receive a real brick.

Powers was at first skeptical whether to bring the “brick system,” to Foothill, reasoning that high school students would not become excited about what he called his “goofy, middle school mentality.” However, after talking to a former Balboa student, he changed his mind.

“I was talking to Fidelity Ballmer the other day, and so I haven’t seen that kid in a long time, and the first question she asked me was ‘where are the real bricks?’ So I guess it meant something to her,” he said. “ I told her they were in my garage and she said, ‘You need to bring them,’ so I’ll probably find some place in here to put them.”

Outside of school, Powers enjoys playing his banjo, though he admits that he isn’t as fanatical about it as he was a couple of years ago. He considers his “current obsession” to be learning about Foothill as much as he can.

“The minute I got here, the administration treated me so wonderfully and every teacher that I ran into was so open and ready to help and was so happy that I was here, it was such a welcoming environment,” he said. “And just look around, it’s very clean here, everything about this place is top notch and with that comes a lot of pressure too.”

Applying the same level of dedication he had this summer learning Calculus, Powers is adjusting his teaching style and working hard to connect with his students.

“I spend all my spare time thinking how I can revamp lessons and be more effective with high school kids,” he said. “I feel like I really have to prove myself and work as hard as I can to be worthy of staying at a place like this.”