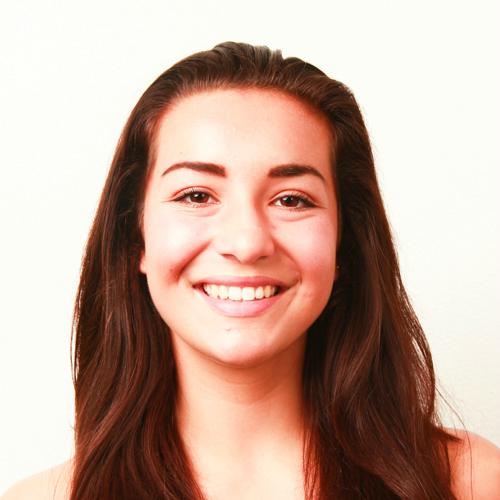 Paris Shepherd is a senior at Foothill Technology High School and is currently the Editor of the arts and entertainment section for the Foothill Dragon Press. She is looking forward to her AP literature class with Captain, because although she can be intimidating, she’s also really cool, which makes Paris like her a lot. Paris is not excited about applying to colleges, but she is excited about getting accepted into them, she hopes go to Berkeley because she loves San Francisco and conveniently has family in Oakland. Her plans for the future involve working in the journalism field. When Paris isn’t at school, she’s cheering for Buena High School, which she has been involved with for all four years of high school. One of the things she likes about being on the Buena cheer squad is making new friends from other schools. Paris also volunteers for School on Wheels, an organization that tutors homeless youth, and she watches her two little sisters in her off-time. One of her biggest achievements was the passing Spanish AP test last year. Spanish wasn’t one of her strongest subjects, however, she managed to surprise herself. Another one of her biggest achievements was getting Geib to call on her last year during the AMEX program, because he only calls on a select few. What she is looking forward to most this year are all of the events she gets to attend as a senior like prom and Senior Awards Night.