The Foothill Dragon Press • May 27, 2014 • https://foothilldragonpress.org/18678/columns/victims-fade-while-the-atrocities-remain-burned-in-our-memories/

Ana Bello: Victims fade while the atrocities remain burned in our memories 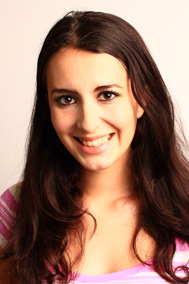 A vicious crime sent a local community, a college campus, and a much larger population into a feeling of indignation and despair. The murder of six victims and injury of several others impacted not only their lives and families, but the lives of those around them.

An outpour of strength and resilience from the community is what should be remembered most, not Elliot Rodgers, the perpetrator of these atrocities. While his videos were aired and personal manuscripts have been published this has further glorified the murderer rather than focusing the spotlight on the victims.

The six students that were viciously killed in the rampage are the ones that should truly be remembered. Cheng Yuan Hong, George Chen, Weihan Wang, Katherine Cooper, Veronika Weiss, and Christopher Michaels-Martinez are the ones that will leave an impact for those that lost them.

After every shooting that occurs, I am left with a feeling of anger and hopelessness. Anger for the lack of resolution with gun control or attention towards addressing mental health issues. And hopelessness that nothing will ever be done about it.

The tragedy that occurred that night onset with the coverage by the media fueled a desire to come together as a community. Students across UC campuses and more immediately in Isla Vista have been uniting in a way that is remarkable to witness.

While reading the medias different angles from revealing the blatant issue of misogyny and entitlement among men, to how the credibility of UCSB and its students should not be diminished by this, it made me wonder how quickly this will all fade.

Columbine and Sandy Hook both have ranging similarities. While both resulted in devastation and innocent lives being taken, they have also unfortunately been forgotten. I regretfully see Isla Vista following a similar path.

Our limited attention span and short term memory makes events, regardless of their horrific nature forgettable. It is commendable that supporters are gathering, comforting that students are coming together in reverence, and the community as a whole seems to understand the apparent problems rooted in this event. However, this momentum will all be in vain once another tragedy strikes.

Once the media shifts their attention towards a celebrity scandal or another popular trending hashtag replaces “#yesallwomen”, the country will forget just as we have forgotten the rest. It is inexcusable to simply wait until another shooting strikes to have a resurgence of indignation and call for activism. It is inexcusable to forget the lives of the victims and simply remember the name of the murderer. It is inexcusable to brush to the side the Isla Vista shooting and only recall its impact when another happens.

The rhetoric of officials saying that “this is the end” after another shooting takes place, and “this is the beginning of gun control reform,” have clearly been empty claims to please people for the time being. However, it is the fault of us all to allow ourselves to be so impressionable to believe it to be true. I wanted to truly believe that after the atrocities that happened with Sandy Hook, that it was just an isolated incident. That the outcry and national conversation that was taking place would prompt change, but I have grown complacent and accepted this to be the status quo.

In our history classes we begin to grow desensitized to the concept of mass murder and genocide, that the loss of a few does not weigh heavily upon us.

However, not all hope should be lost. There is still humanity left in the fact that such events still entice anger, regardless if it is momentary. And there is hope in the uprisings of parents and students that are still demanding a call for action.

But this hope becomes meaningless when those that keep a movement going lose initiative. Shootings and tragedies have become commonplace in today’s society that people accept and move on. I only wish that the current feelings that those are displaying do not burn out as quickly as they were lit.

The victims killed senselessly deserve more than a few minutes in the limelight.