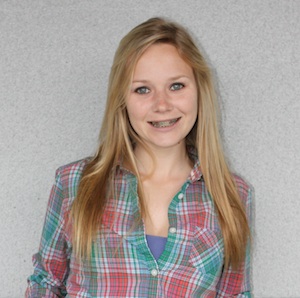 The day a teen exits the Department of Motor Vehicles with their newly earned driver’s license in hand is a great one. This is the moment many teens have dreamed of since a young age: getting a driver’s license and gaining new freedoms.

However, until California teens reach the age of eighteen, their driving rights are limited by the law. Within the first twelve months of receiving their license, teenage drivers are forbidden from driving anyone under the age of twenty, or driving between the hours of 11 PM and 5 AM.

According to the California DMV, this law was put in place on January 1, 2006, taking the place of a similar law, put in place in 1998, which had restrictions only through the first six months of licensure. The goal of this law was to lower the rate of accidents among teenage drivers. Many blame teenagers’ lack of driving experience as the cause for the high car accident rate.

This seems odd, though, because those who receive their driver’s license after the age of eighteen do not have any restrictions regarding when they can drive, or who is allowed in their car. Despite their lack of experience, they are granted the same driving rights as someone who has had their license for many years.

Some argue that once an individual reaches the age of eighteen, they are legally an adult, and therefore receive “adult” privileges, while those under eighteen are minors, and cannot. However, if this law is put in place to protect both the licensed driver AND other drivers around them, how is this safe? Do adult freedoms take priority over the safety of others on the road?

Others state that minors are not mature enough to receive full driving privileges, while those over eighteen are, because they have a “higher mental capacity”, or are “more responsible.”

I took a sociology course last semester at Ventura College. One of the first concepts  discussed regarding social interaction was age. Above all other demographics, age is the most deceiving. There are sixteen year olds who act like and have the mental capacity of a thirty year old (evidence of this can be seen at FTHS), and twenty three year olds who do not act a day over thirteen. The argument that minors are not mentally competant or mature enough, solely based on age, to drive, is beyond absurd. What difference will two years make on one’s maturity? Will being registered to vote (maybe), two more birthday dinners, and maybe even a high school diploma automatically make one a better driver?

The restrictions put upon teenage drivers are hardly a measure of public safety, but rather, age discrimination. If this measure was put in effect to restrict inexperienced drivers, who have a high accident rate, the “provisional licensure” would apply to any new driver- regardless of their age. This law should either be repealed entirely, or ALL new drivers should be restricted to only a provisional license.