Foods to feed your brain 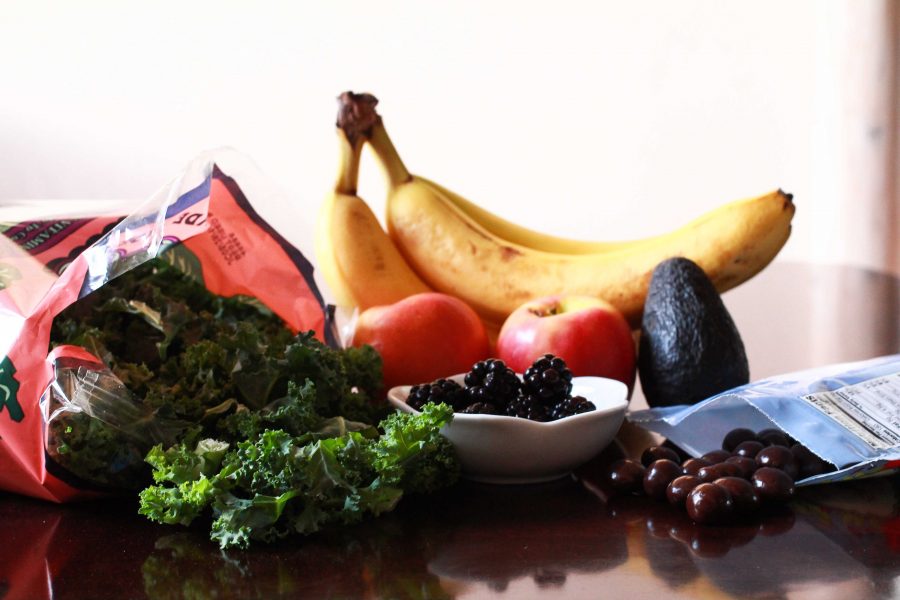 It’s common for students to lose focus on their history essay or forget to finish a problem on their math homework, but that doesn’t mean that cycle can’t change. While there aren’t any magical potions that will make someone smarter, there are foods that can improve your brain function and memory. Studies have shown that there is a direct correlation to what you eat and how well you perform on thinking and memory tasks.

Small to the sight, but important to the brain, blueberries have not only improve your memory, but also delay other cognitive problems that are associated with old age. Blueberries also contain an abundance of antioxidants called flavonoids that can reverse memory loss due to aging. A study done with 16,000 women concluded that those who ate blueberries at least once a week were able to slow their cognitive decline up to 2-and-a-half years. A study done by the University of Illinois found that blueberries have anthocyanin, which can stop the spread of cancer and block tumor growths.

Chocolate is, in most cases, a universal language for happiness. This is not just because it tastes great, but also because it contains phenylethylamine (PEA). What’s so great about PEA? PEA encourages your brain to release endorphins, also known as ‘happy hormones’, help the body relax and calm. It has also been proven to not only increase blood flow to the brain and heart, but also decrease the chances of a stroke. Furthermore, chocolate lowers your blood pressure and keeps your mind sharp.

Low in cholesterol levels but high in potassium, avocados are considered one of the world’s healthiest foods. Avocados contain 25 essential nutrients including vitamin A, B, C, E and K, as well as iron, phosphorus, to name a few. They are also loaded with fiber and protein and contain an abundance of monounsaturated fats that can be easily burnt for energy. A study done by University of California found that one avocado contains more calories per gram than most foods. Unlike many foods in grocery aisles, these aren’t empty calories: they are filled with nutrients that helps the brain function properly and keeps brain cell membranes flexible.

An apple a day does in fact keep the neurosurgeon away. They are a good source of vitamin C and are the leading source of quercetin, an antioxidant that protects your brain cells. A study done at Cornell University found that quercetin can help attack free radical, which are proven to damage the outer layer of neurons and cause cognitive decline. An experiment conducted at University of Massachusetts concluded that drinking apple juice three times per week can lower your risk of Alzheimer by 75 percent. To keep your brain juices flowing, eat apples with the skins because most quercetin are found on there.

These little swimmers are packed with iron, calcium, phosphorus and vitamin D, which is proven to ward off cognitive decline. Salmon is also an excellent source of vitamins, protein and omega 3 fatty acids, which reduces your chance of blood clots that could result in a stroke. Eating salmon can also fight off Alzheimer disease and protect your nervous system from deteriorating. It is also a natural antidepressant.