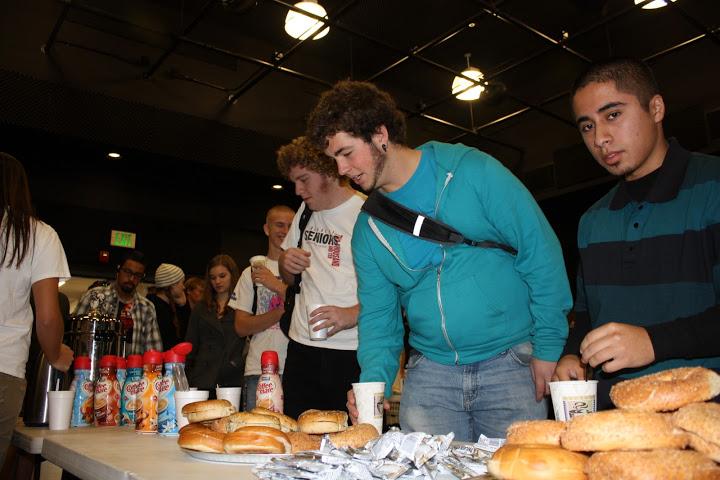 On Friday, December 18th, seniors got a surprise in the black box theater: a full coffee bar hosted by ASB seniors and parent volunteers to remind seniors to “Finish Strong.”

Senior Reina Arbuckle explained that the coffee, which was free and for seniors only, was meant to help stave off senioritis.

Senioritis is, of course, the phenomenon of seniors seeing the end of their high school careers in sight and putting in less effort in the final stretch. Foothill’s Finish Strong program is designed to combat senioritis with rewards like this coffee bar.

“It’s also a recognition of turning in the constitutional papers,” Arbuckle said. “There were five pages for English and Government, so everyone did them.”

Seniors formed a long line to walk past the tables that featured coffee dispensers, approximately a year’s supply of coffee creamer in several flavors, and pastries to accompany the caffeine rush.

At the rate the hot beverages disappeared, it became apparent that seniors like Marika Lawson and William Saint appreciated the event.

“I liked the bagels and the atmosphere,” said Lawson, holding up half of one of the bagels in question.

Saint laughed and agreed. “It was awesome.”

The cleanup may have been less fun for the volunteers than the event itself, but they took it in stride, glad that the coffee bar had turned out to be a success for the Finish Strong program.