The Foothill Dragon Press • May 4, 2014 • https://foothilldragonpress.org/18133/opinion/editorial-when-one-student-publication-is-threatened-we-are-all-threatened/

Editorial: When one publication is threatened, we are all threatened 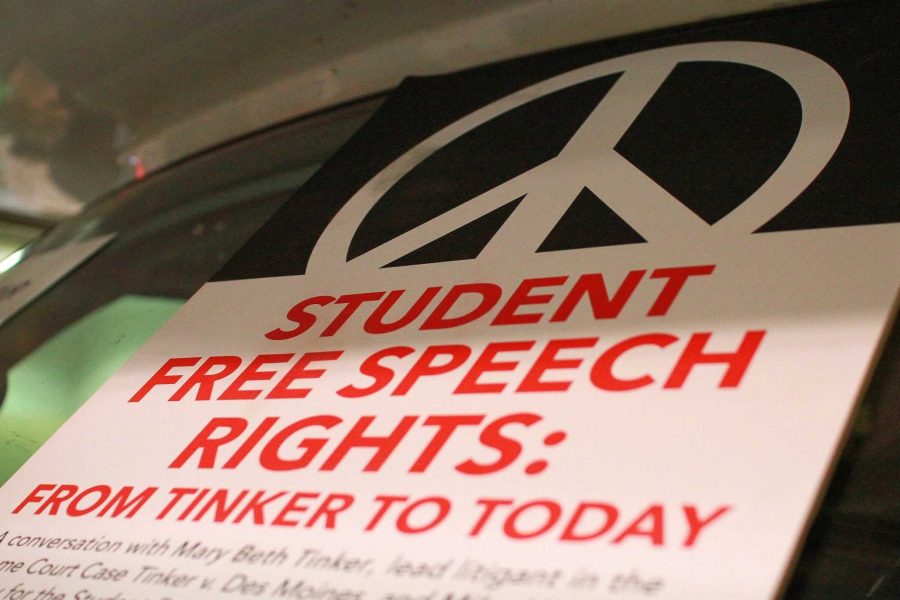 The freedom of students attending Neshaminy High School in Langhorne, Pa., will hang in the balance on Tuesday evening, as Neshaminy School Board members vote to revise district policy to force student editors to publish content with a word that they have determined is racially offensive.

As an act of sensitivity and professionalism the staff voted to no longer use the “R-word” when publishing articles about the high school’s teams. A short time later, three professional publications in the area followed suit, also passing policy against using the term in video reports and articles about Neshaminy and the professional football team.

Playwickian editors wrote, “If racist institutions had remained in other areas of society simply because they were time-honored traditions, America would be a vastly different place.”

The Neshaminy High School administration was not pleased. On Tuesday, April 29, a school board committee recommended new policy that would force the Playwickian to use the school’s official team name in advertisements and letters to the editor. In defense of this new policy, the school’s administration and community members have expressed that the term “Redskins” is not offensive and is a source of school pride.

The Foothill Dragon Press Editorial Review Board has voted 10-0 in support of the rights of the staff of the Playwickian to reject editorial and advertising content that they deem offensive. We believe that the “R-word” promotes a Social Darwinist ideology and strongly urge the Neshaminy School Board to reconsider limiting these students’ freedom of speech.

Because language constantly evolves, control of its use by the government is senseless. A different “R-word,” once considered acceptable to describe the mentally disabled, also fell out of favor as communities became aware of the word’s bigotry and the sorrow it elicits. Publications should be given the freedom to adapt to changing morals, and not be chained to standards of the past.

If passed, the detriments brought on by this new policy will be large and plentiful. The message that would be sent to the students is one of disregard and mistrust; the disregard of these students’ views and their right to free speech, and the mistrust held by school board members for high school students and their ability to use good judgement.

This mistrust will not only discourage students from speaking their mind on issues that affect them in high school, but set a precedent that if they do choose to stand up in the face of injustice, they will be forced to take a seat by the establishment.

Apathy and ignorance towards the world around them is something the Millennial generation of high school students is constantly criticized for, but as soon as a courageous group of students stands up, they are knocked down, undermining what it means to have freedom of speech and freedom of the press.

We also fear that this policy would have the power to climb from county law to state law, or even federal law, in the blink of an eye.

In 1983, a student paper in St. Louis County, Mo., planned to publish a large section in the paper about teen pregnancy. The night before the issue was printed, the school’s principal decided that the spread would jeopardize the identity of the students in it and pulled it from the issue. This dispute made its way up to the Supreme Court, and the ruling was heartbreaking for advocates of student press rights.

Because of this case, better known as Hazelwood School District v. Kuhlmeier, school administrators in most states have the right to censor school publications, and it was made clear that students do in fact shed some of their free speech rights as soon as they walk onto a school campus.

The Neshaminy policy could easily turn into another Hazelwood, weakening the already feeble defense student journalists have in regards to their freedom of speech.

Some may ask why it is so important to protect student journalists and the right they have to a free press. The answer is simpler than some may think.

A free press ensures the future of the country as a democratic and uncorrupted state. No matter what page in America’s long history one flips to, there was always a journalist there to keep the central powers in check. Someone there to ask the tough questions that no one had the courage to utter. Someone to point out the mistakes and injustices taking place that everyone seemed keen to ignore. Someone to inform the public when the government would inform no one. Whether it be the Muckrakers of the late 1800s, those covering the atrocities of the Vietnam War, or the pair of journalists who uncovered the Watergate Scandal, journalists have always been there.

However, a free press doesn’t begin in the professional world. It begins in high school, where the small flame of integrity within students is fanned to produce a mighty blaze of truth.

This is why it is crucial to groom a new generation of journalists, just as curious and outspoken as the last.

We ask the members of the Neshaminy High School Board to consider the deep-set ramifications of this new policy. Freedom of speech is important. It is the duty of the older generation to teach this to their young, to empower their young, and to inform their young on what the true meaning of democracy is.