We need “average” sized models in the fashion industry 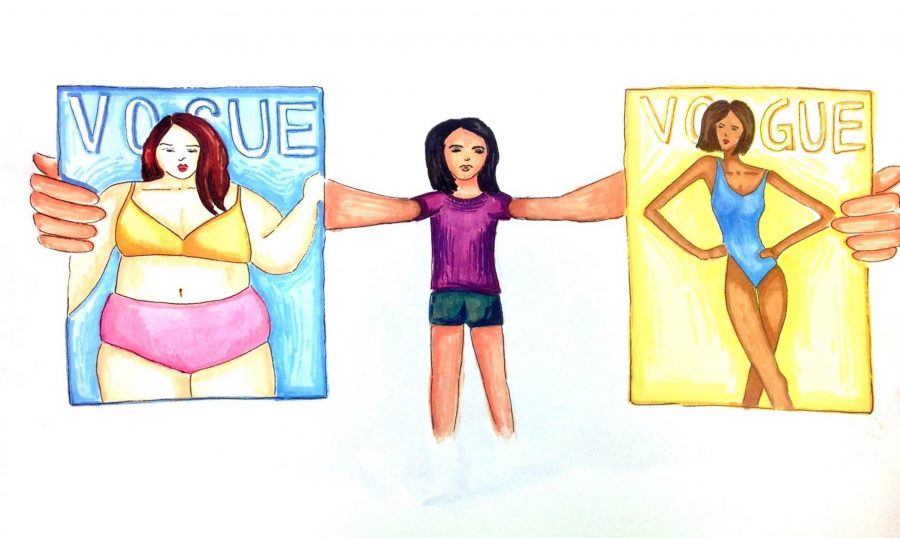 I would consider myself a body positive advocate. I also appreciate articles on the topic. 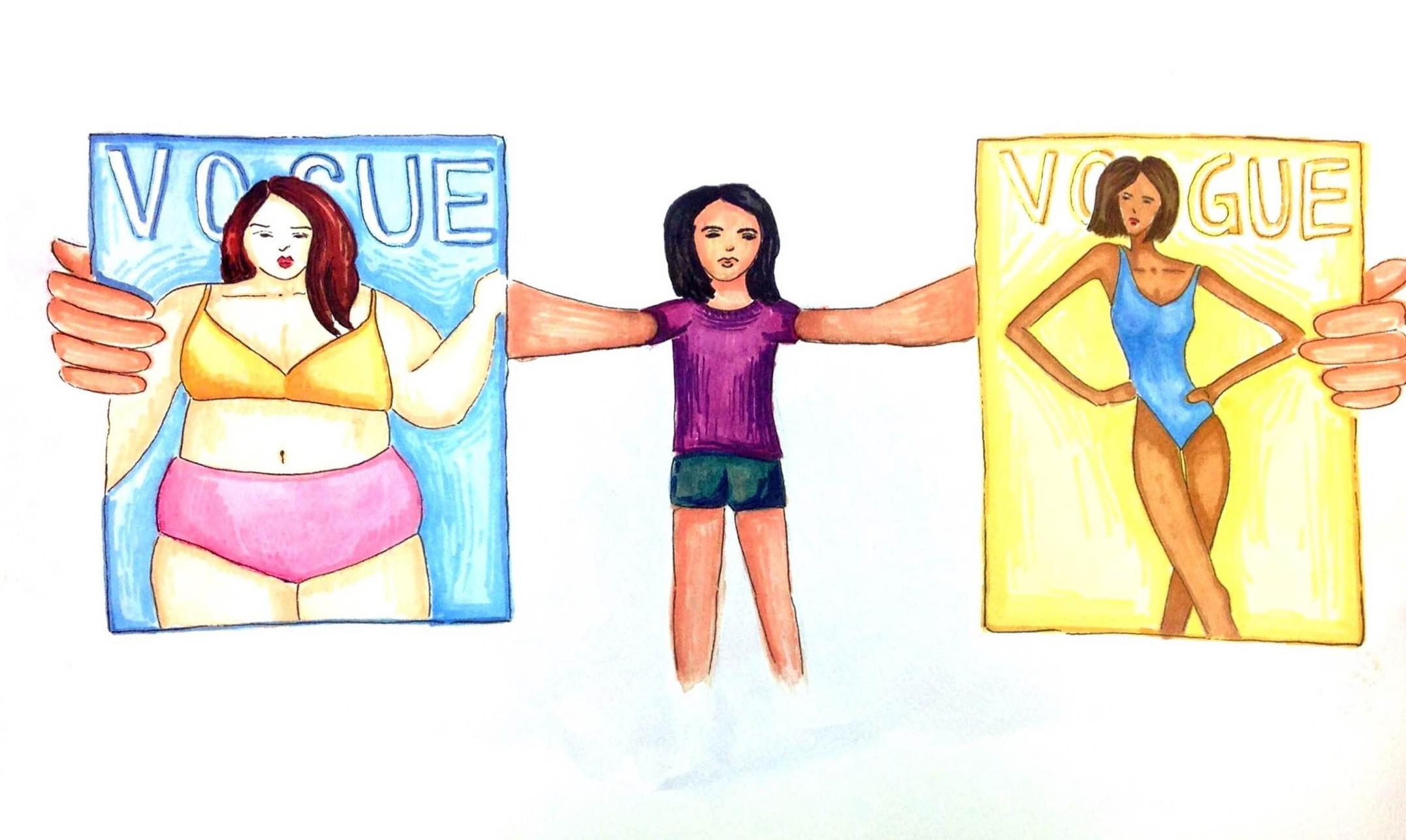 I would consider myself a body positive advocate. I also appreciate articles on the topic. Almost everyday you could find a new article published under titles similar to “this person is breaking boundaries in this market.” When you scroll down to the comments on the articles, all of a sudden you see endless comments either critiquing or defending “skinny-shaming” or “fat-shaming.” To me, it is a mistake to focus so much on body positivity for two groups that are not the “average” or “norm.”

All over the world, eating disorders are becoming more and more common. We see shocking statistics on teens and preteens with anorexia or bulimia, and we now have new classifications for certain eating disorders like binge eating. Yet, I still see young girls hating their bodies and their size because they don’t look like what they think is considered beautiful.

I think we should take a different approach to resolving the horrible problem plaguing the world. The approach people are taking now is clearly not working. Many people now think introducing more “plus size” models to the fashion industry and in our media is the solution. However, these women should not be prioritized for this mission for two reasons.

First, many of them actually are at an unhealthy weight. We should never send young people the message that it is okay to not prioritize health. Models are often asked to gain weight in this industry, which is virtually the same as asking them to lose it. Second, because it doesn’t give young children a person to look at that they think of as “normal.” When we look at people around us, the majority are not the size of plus size models. This sends young girls and boys a confusing message: they should love their body, yet if they don’t look like the thinner models, they are not “normal.”

We need to tell children that their goal should be health. That having a perfectly flat stomach and a “thigh gap” is not what tells us whether our bodies are acceptable. Also, being obese is not the same as being curvy or “real.” Having a BMI of 14 is not common. Having a BMI of 35 is not common. So why the heck are those the only two sizes I see when I shop online or watch runway shows? A healthy BMI is between 19 and 24, yet Kendall Jenner has a BMI of 15 or 16. Tess Holliday (a famous plus size model) has a BMI of 42.

Body image talks are not about shaming. An easy way to discredit real concerns is to say that someone is being offensive and shaming you. Using such strong language makes people uncomfortable to say anything about media and the industry. It should not be offensive to question the diets and lifestyles of people in the public eye. A person on the street is another matter. If a famous model, such as Tess Holliday, looks (and is) extremely obese, it is not offensive to question her lifestyle choices. The human body is not meant to be the size that she is. People with normal and healthy diets who do enough exercise will most likely find it impossible to look like her. She probably does eat unhealthily. Her lifestyle is not a positive role model for children. We do a good job questioning skinnier models lifestyles and questioning if they have eating disorders.

However, we cannot let critiquing of the famous bleed over into critiquing everyday people. It is okay to question people in the public eye because they have opened themselves up to it by putting themselves in the position of being a role model. Everyday people are a different matter. For adults we see on the street, or an acquaintance from school or work, it isn’t respectful to comment on weight. We can’t know what’s happening in their lives and it isn’t any of our business.

Unless they open up to you, or are someone close to you, do not comment on or ask them about their weight. Then it is shaming. Asking a skinny girl that you know if she’s anorexic is rude and extremely hurtful. If she does have an eating disorder, it isn’t affecting or sending a message to anyone. The only person it will hurt is her. Similarly, there is no reason to tell someone who looks overweight that they should eat better.

Recently, there was a bill passed in France to help eliminate “excessively thin” models. (Italy, Spain, and Israel also have similar legislation). Initially, the bill instituted a minimum BMI of 16 for models. Now, it’s been changed so doctors can decide whether a model is healthy.

People have critiqued the bill (particularly when it had the minimum BMI). I would argue that in both cases, France did the right thing. People with a BMI of 16 or under are not an average size. It is not about targeting specific people, but rather making a culture about accepting healthy women as being beautiful. It is about making sure that perfectly normal sized girls don’t feel fat. Just because the super skinny model herself is healthy, doesn’t mean she’s promoting a healthy lifestyle.

We need average sized women in the modeling world. I want to see women who wear a four dress size, or a six, or an eight. Skinny and obese models should not be banned from the fashion industry. Rather, we should encourage the modeling world to represent the real world as far as size goes. I can guarantee that agencies can find women in every size range who are the right height and who the clothes look great on.

We need to show young people that healthy is beautiful. Not the “healthy” that models like Gigi Hadid claim to represent. She still fits into sample sizes. She is a strong looking size zero. She’s stunning, but I fear that promoting her body type as “not skinny” will have no positive benefits.

The discussion should be about health. It should be about making sure every kid can look into a magazine or television screen and see a beautiful and perfect person who looks like them. That they can strive to be “just like” without developing an eating disorder and unhealthy lifestyle.

It can be done. We all need to work our hardest to ensure the movement centers around health, that it centers around getting people with an average weight into the modeling world.