The Foothill Dragon Press • May 21, 2014 • https://foothilldragonpress.org/17972/arts-and-entertainment/tv-movies/3-shows-to-catch-up-on-this-summer/

The three must-see shows to catch up on this summer 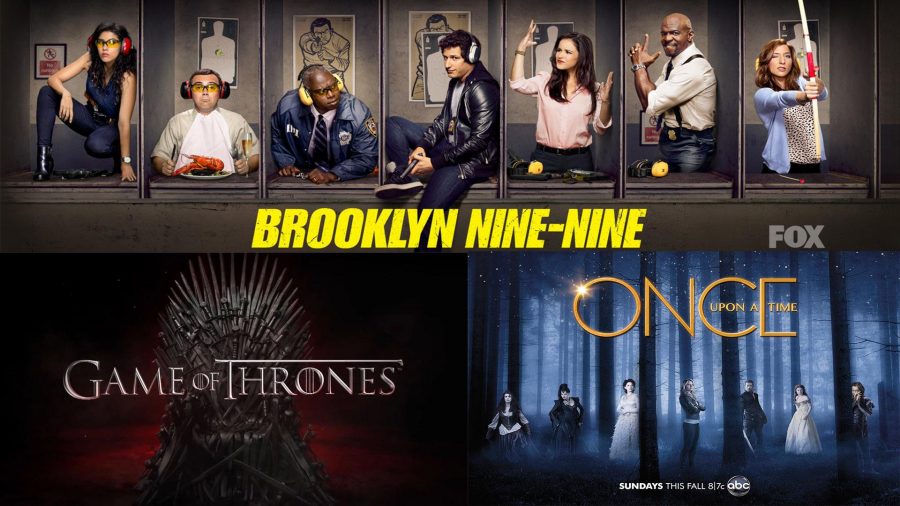 It is frustrating when all of your friends are talking about a show that you don’t watch. What’s even more frustrating is when they’ve all seen it from the beginning and you just picked up on it.

With so many shows that are ending, it seems like you’ve lost your chance to catch up on the shows you just started to watch.

Here are three shows that you can get caught up on this summer, just in time for their premieres and for when you return to school.

It is no secret that the world seems to be obsessed with the adaptation of George R. R. Martin’s novels. In this case, it seems to be socially acceptable to watch the show before reading the book, though hard core fans warn that there are still differences and the books are better.

Set in a fantasy world, this show follows the lives and tribulations of royalty and peasants alike. There is only truth behind the common phrase associated with this show: do not pick favorite characters. Nearly everyone dies and there is no mercy from any character to the next. With wonderfully villainous characters as well as valliant crusaders, this show really has everything.

Game of Thrones is currently on its fourth season, with only 10 episodes in each. It’s an easy show to catch up on because of it’s complicated and addictive plot as well as the short amount of episodes.

Andy Samberg’s new hit TV show has already made headwaves by bringing him his first Golden Globe win. After just finishing its first season, Brooklyn Nine-Nine has already been approved for another.

A comedy about detectives working in the Nine-Nine district in Brooklyn, New York, this show has lovable as well as irritating characters you simply hate to love. It’s absolutely hilarious and original. There are tired out sitcoms and shows that try to be funny, as well as shows that are much too serious, but Brooklyn Nine-Nine seems to have been able to find a healthy medium between these issues.

Andy Samberg’s character, Jake Peralta, is competitive as well as childish in every endeavor he undertakes, including his police work. When a new captain is hired, he finds that it will become increasingly difficult to maintain his old ways of messing around. What follows is hilarity as well as moments that will touch your heart.

Available on Hulu Plus, Brooklyn Nine-Nine’s second season begins on Sunday, June 22nd, giving you plenty of time to catch up on the shenanigans that go down in the 99th precinct with Jake Peralta and his partners.

Once Upon a Time

Some controversy has surrounded this show over the question if it’s still good or not. As someone who was a big fan in the beginning and felt the stabbing disappointment when it started to go downhill, I can safely say that it has picked up again and is better than ever.

Only on it’s third season, Once Upon a Time is a viable candidate to be your summer catch up show. It is immensely interesting, drawing in the child inside of you to find out what really did happen after “happily ever after” in all of your favorite childhood fairy tales.

Emma Swan is brought from her home in New York to the small town of Storybrooke where all of the town’s residents are characters out of a fairy tale, but have no memory of their previous lives. Emma, along with her son Henry, have to save everyone in the town.

There have been complaints that this show began to sour around the second season, but it is well worth getting through just for the surprise twists in season three.

We are placing the ‘Do Not Disturb’ sign up. #OnceUponATime#OUATpic.twitter.com/olGl4kFiOU

It’s not easy to hold a conversation with someone about television, when you have never even seen a single episode. These three shows are popular and haven’t been going on for too long, making it the perfect conquest for your summer Netflix nights.