There is such a thing as too comfortable 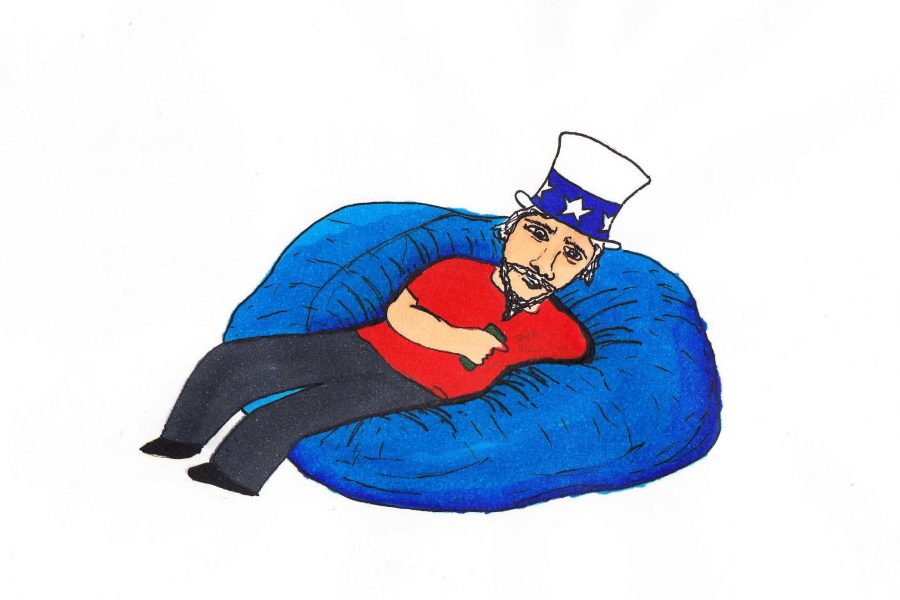 What is the American Dream to you?

Just in case you haven’t quite figured out what exactly that is yet, let me enlighten you as to what mainstream America is trending towards; comfort.

That’s all most of us want. Is trying to be as comfortable as possible in our lives such a sin? Why can’t we live our lives to fulfill their maximum potential for comfort?

There is a lot more to that question than meets the ear.

Ray Bradbury, famed author of Fahrenheit 451, called it. He read the future like a book. His utopian society, built of a people who isolate themselves from human interaction and learning in exchange for technological comforts, such as massive TV’s, and headphones that fit in ears, has never been so brought to life, so real, as it has been in Google’s latest and greatest product, Google Glasses.

Designed as a smartphone for our eyes, Google Glasses are capable of pulling up directions, watching video, reading books, making calls, searching the internet, and so on. If you thought our population, or our culture was obsessed with our phones and our tablets, just wait until we put our glasses on.

If you can, recall the Disney movie WALL-E. Recall a particular scene where this innocent little robot attempts to say hello to humans who are so dependent on their technology, so totally focused on their digital screens, which is strikingly similar to Google Glasses, in front of their faces, that they can’t even take notice of WALL-E. Restricting themselves from all physical and real human interaction, these people’s lives are defined by the material which is on their screen.

These people were so comfortable in their technology, so comfortable with their screens, that they started to lose what made them, to put it best, human. They stopped having intimate conversations with others, and they stopped physical activity. They became so comfortable, they lost sight of the fact that there is more to life than simply being in a state of relaxation.

Though we may not be in a spaceship far away, and though there may not be evil robots dictating our destiny in that space ship, we are quite literally becoming our space traveling counterparts. Google Glasses are only going to accelerate this seemingly unstoppable trend of Americans, though perhaps they think devices such as Google Glasses will bring them closer to friends, isolating themselves from the rest of the world around them, by connecting to a world on screens.

This isn’t some rant on technology. It’s a plea for people to realize that they are evermore increasingly living for comfort, rather living life to it’s fullest by making differences in other lives. Not only is a lifestyle which glorifies comfort as the number one priority detrimental to a person’s life due to it’s seclusion from the outside world, but it is selfish.

What if Martin Luther King Jr. had thought that he would rather get a job as a bus driver, than fight for his race’s rights because he thought it was a more comfortable occupation? There’s more to life than comfort. You may not know what that is yet, what your American Dream is yet.

Get out of your comfort zone and go figure it out.