The end is near, seriously 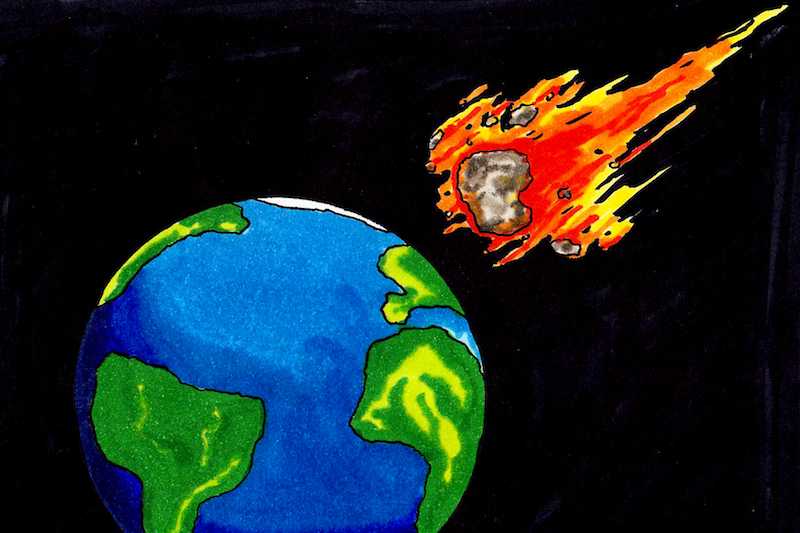 It may be a bit late to inform you that December 21, 2012 has come and gone without the Earth extemporaneously exploding.  The Mayans, or rather our silly interpretation of their calendar, were, regrettably to some, unwarranted.

However, a new comprehensive study funded by NASA reveals that the Mayan civilization and others like it may have actually predicted the end of the world, just in another way.

This research project, based on a model called HANDY, uses historical evidence and the current state of human civilization to make a prediction on the fate of humanity: and bad news, you’re probably not going to like it.

HANDY deduced that the two main factors leading to the collapse of complex and advanced civilizations are the unsustainable exploitation of natural resources and the increasingly unequal distribution of wealth.  Such civilizations which abruptly collapsed include the Roman, Han, Gupta, and Mayan empires.

Now, it may seem that society today is too big to fail.  Through the explosion of technological advances, chiefly the internet, the entire world is more or less connected beyond its international borders.  In addition, countless revolutionary breakthroughs are being made every week in the fields of medicine, physics, computer science, etc.

Still yet, this is no reason for comfort, in fact it might mean much the opposite. According to the study, “Technological change can raise the efficiency of resource use, but it also tends to raise both per capita resource consumption and the scale of resource extraction…”

Basically, the more technologically advanced the world becomes, not to mention the exponentially increasing population, the more resources humans consume.

To add to this issue, many technological advances, like the transition from fossil fuels to renewable energy, are deeply inhibited by big business elites who reap in the profits by exploiting both resources and the masses, both indicators of societal collapse.

Theories as to how human society will ultimately collapse vary from a sudden and widespread famine which kills most of the commoners to a long and sustained war of attrition with the ever depleting resource bank.

In both scenarios, the wealthy elite is shielded from most detrimental effects of environmental destruction until much later than the commoners.  This pattern allows elites to “continue ‘business as usual’ despite the impending catastrophe,” the same pattern observed in the Roman and Mayan civilizations.

So then, with the distribution of wealth across the globe an inverted pyramid, slowly and surely losing balance and heading towards collapse, and with the environment being decimated of its humble resources every moment, society is currently on a fast track to doom.

The obvious question becomes: is it too late?

Strictly looking at history, the answer is yes.  Our past shows us that all civilizations, great or otherwise, eventually collapse in some way, gradually if not suddenly.  Our history also shows us that we do not learn from history, as much as we try.

As previously mentioned, our current state of affairs also testifies to it being too late.

Yet when we begin looking towards the future answers start permuting vastly, in accordance with spiritual faith and world philosophy.

I suppose to answer it as best as any man could is to approach it with a mixture of realism, hopefulness and openness.

Realists would say humans have proved they don’t learn from their mistakes, and that even in the face of impending doom they will turn away without changing until it hits them square in the face.

While this may often be true, I think it is too simple an answer, and frankly a cop out.

Humans as a whole possess a remarkably resilient spirit, and faced with a situation dire enough they often overcome.  Where humans lack in speed and strength we make up for with ingenuity, and it is this trait which may ultimately pull us from the brink of extinction.  Sometimes it takes an obstacle to hit us square in the face before we are willing and able to make a change, something which reigns true in one’s personal life as well.

As hard as it is to pin one trait as the key to humanity’s survival, inspired by a letter written by a prisoner who was executed last week in Texas, humans need more than anything to learn empathy.

As the rich and the super rich continue to siphon wealth from the masses, and as humanity takes and takes from its own home without giving back, we only dig ourselves into a whole, quarreling and fighting as the dirt falls and buries us in heavy stuff.

At risk of sounding prophetic and cheesy, I think that the simple act of considering how one’s action might affect others is immensely powerful.

Surely there will always be wealthy and  greedy elites who lack regard for the collective.  But at one point or another reality will set in, that is the end of the world, and humanity will no longer be able to sweep it under the rug.

Life is truly a fragile and unpredictable thing, so why too shouldn’t humanity’s existence be as a whole?

As may not seem the case with most issues, we are all in this together.  The wealthy can only be shielded from the end of existence for so long.  Our environment’s safety should not be just the concern of hippies and tree-huggers, it concerns us all.

World society’s in need of dire change, and hopefully it won’t come too late.