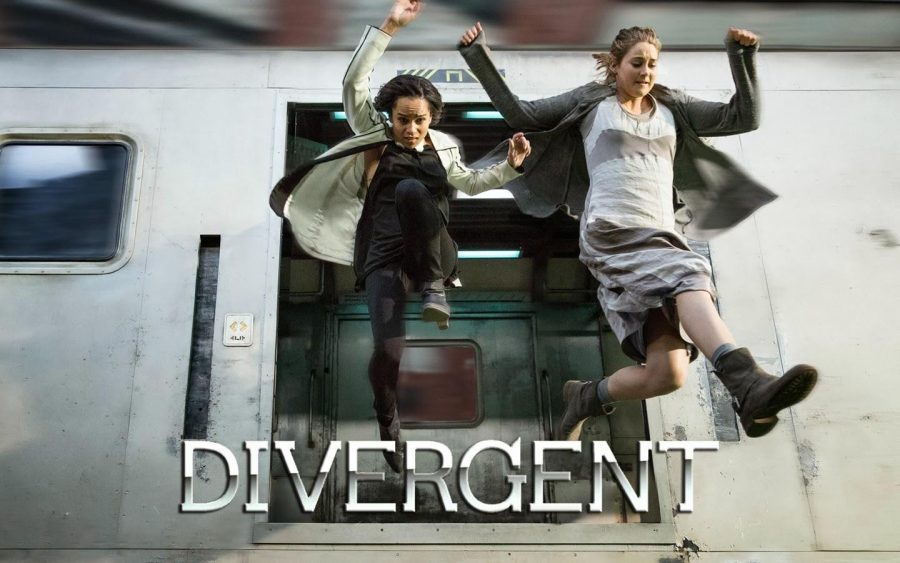 Shailene Woodley stars as Beatrice, or “Tris” as she goes by in the faction she lives in called Dauntless.

In the world of “Divergent,” a futuristic Chicago is separated into five different factions, where, at the age of 16, citizens choose which faction they want to join.

There is a stereotype about how actors who star in shows like soap operas will not advance in show business, and Woodley’s role in “The Secret Life of the American Teenager” caused people to place these stereotypes on her. However, her performance in “Divergent” shattered these thoughts.

Woodley perfectly portrays a character, who, as a female heroine, must learn what the real world is and how she fits into all of it, while also being cast as Divergent, someone who doesn’t fit into any faction and must be slaughtered.

The film follows the book closely, leaving out a few things here and there that don’t change the plot too much, and so far haven’t angered any hardcore fans.

A significant change was Peter’s stabbing of Edward’s eye with a fork, which didn’t make it into the film at all. The character Edward was missing as well, besides a slight mention of his name.

This change didn’t significantly shift the plot, though it took away from some of Tris’s character development in the way she reacts to the stabbing.

The most notable change was in Tris’s fear landscape. Her fear of intimacy was described as being a fear of harsh and forceful intimacy, making it seem like she was actually afraid of rape.

The most surprising change from the book was probably one of the reasons that Four’s character didn’t have much development. He was portrayed as someone Tris should fear, opposed to in the book, where he was gentle and kind.

Theo James’s portrayal of Four wasn’t outstanding, though he may not be an easy character to portray, with his hard outer shell, but sensitive interior. James is a fabulous actor, and began to touch on who Four really is and his complicated nature, but some of the character elements just weren’t right.

First, it was the age. Four is 18, and James does not look 18. Secondly, the character development was practically non-existent. Really, it was the screenwriters who failed Four in the adaptation, not James.

The most satisfying part of the film was a combination of Ashley Judd’s absolutely perfect portrayal of Tris’s mother, and the fact that the author herself, Veronica Roth, made a cameo in one of the most exciting scenes.

Another notable actor was Ansel Elgort. Having been cast in the adaptation of the upcoming movie, “The Fault in Our Stars,” alongside Woodley, he seems to have come out of nowhere.

His portrayal of Caleb Prior, Tris’s brother, was amazing, but to the fans of both Roth’s “Divergent” and John Green’s “The Fault in Our Stars,” it was a bit difficult to keep focused on seeing Elgort and Woodley as siblings, when they will be portraying significant others in the adaptation of Green’s novel.

As the adaptation of such a loved book, the movie was good. Not as good as the book, but good. There were moments when I was gripping my chair and turning away from the scene.

All the parts of the book that were gooey and romantic and the ones that were scary and heart pounding were in the movie, too.

“Divergent” was brave in every sense of the word. Staying true to the novel, and casting actors who understand the book and its meaning created a truly wonderful adaptation of an even better novel.