Despite budget crunch, ASB announces Ren shirts are back 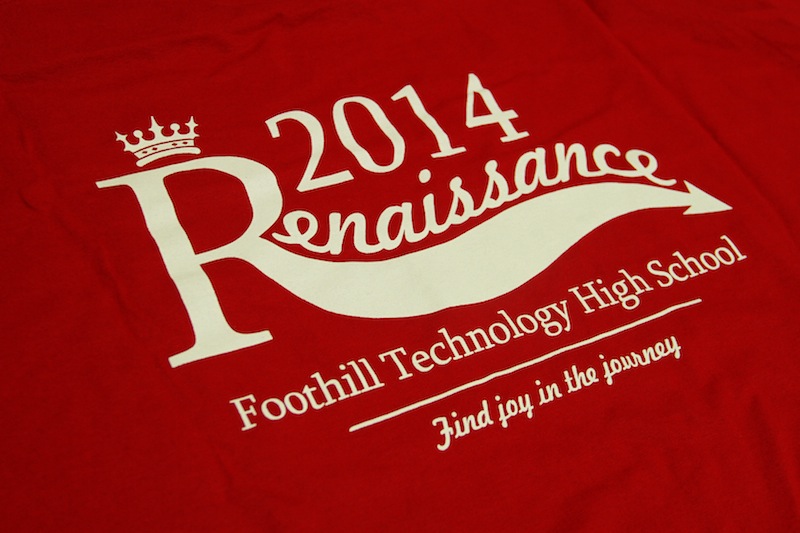 Although budget cuts threatened free Renaissance shirt distribution this year, Foothill’s longstanding tradition will continue on Friday. Shirts will be given out during fourth period and Foothill’s Associated Student Body (ASB) will hold a “pre-release party” during lunch.

ASB did not give out shirts first semester because of a budget crunch, partially caused by low participation in the coupon book fundraiser. Shirts for both semesters usually cost $7,000, and at the time there was not enough money in the budget.

ASB president Carson Graves said that they moved giving Renaissance shirts out to second semester to save money and reward more students.

“We thought, ‘Oh, we’ll push the Ren shirts back to second semester when more people are on Renaissance, so we can reward more people, we’ll spend a max of $5,000 on them for the 800 shirts, and then this will still create the unity that shirts have,’” Graves said. “We’ll still give students what they like the most while saving money, so it’s cost effective and beneficial.”

ASB adviser Melanie “Captain” Lindsey was questioning last September if they would have to make students who did not take part in the coupon book fundraiser pay for their own shirts. Graves said that this will not be necessary and that ASB will pay for the shirts.

“We ended up having enough money that fell over from last year and extras from the senior class last year, they had a good amount of extra money. We used just ASB general money in the budget and it’s [the budget] all good,” Graves said.

ASB will also hold a pre-rally on Friday after giving out shirts during fourth period.

ASB vice president Caleb Bigler said that ASB hopes that the shirts and pre-rally will help unify the student body.

“Next Friday we are finally passing out our new Ren shirts that we ordered. We’re all really excited about that, and I think the rest of the student body will be also… What we hope is that everyone will wear them during lunch, and you’ll see a lot of red, which is the new color of the shirt,” Bigler said.

Bigler said it will look like a “regular Renaissance rally, minus the jolly jumps.” There will not be a full meal as in previous rallies, but there will be snack foods available in the Black Box.

There will be tables set out for Renaissance students with various games, as well as a photo booth. Photos of students in Renaissance shirts will be shown at the “Happiness is Now” rally.

ASB will play music, and there might be karaoke.

“[This rally] is just to amp everyone up for the real Renaissance rally, which will be happening in April,” Bigler said.

ASB is also planning to add some changes to the upcoming Renaissance Fridays.

“We’re looking at different options for Ren Fridays, we’re going to be switching it up. There’s only four, including this Friday, left in the whole year, and they will all be mandatory shirt Fridays,” Bigler said.

There is still a large amount of money left in the budget for Renaissance Fridays, giving ASB the ability to spend more money on them.

“We’ll be splurging for sure,” Bigler said.