Conservatives need to take religion out of government 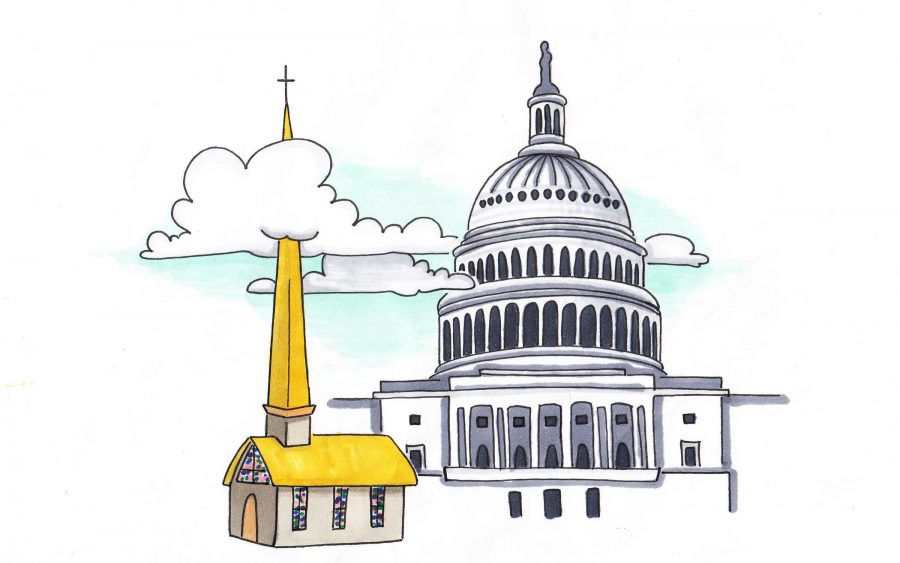 The United States needs to return to its Christian values! That it wasn’t founded on… Conservatives have a great tendency to reference certain “Christian values” that our country was founded on, yet truth be told, those values exist only in the history that has been revised to suit dogmatic fanaticism and exceptionalism.

The United States needs to return to its Christian values! That it wasn’t founded on…

Conservatives have a great tendency to reference certain “Christian values” that our country was founded on, yet truth be told, those values exist only in the history that has been revised to suit dogmatic fanaticism and exceptionalism.

You might often hear, “The American colonies were founded by pious Christian individuals.” This is correct, yet some crucial details are often left out.

This is true in that the Separatists and Puritans of the New England area were very zealous and God fearing. However, the two groups founded their colonies on the principle of religious freedom, exercised in their own misguided ways.

The separatist group wanted to separate from the Church of England, as their namesake suggests. They believed that the Church of England had become corrupt and fled to the New World in an effort to seek a place where they could practice religion in the manner that they pleased.

The Puritans sought to purify the Church of England from its corruption…so they moved to the Massachusetts area. Exactly how these zealots intended to purify the church from across the Atlantic is a little unclear, but the important fact is that they were attempting to freely practice religion.

While both the Puritans and Separatists did not accept Jews, Catholics, Atheists or basically anyone who wished to practice religion differently than themselves, they were setting important precedents for religious freedom and the separation of Church and State.

Now consider the founding of the United States as a sovereign nation. The founding father’s were Christians right? Not entirely.

While it is indeed true that the majority of our founding fathers were of Protestant descent, this was not universal.

In fact, Benjamin Franklin, one of the most distinguished of the founding fathers, considered himself to be a Deist. Deism is the belief that while a god does exist, that entity is aloof from the happenings of the world and does not meddle in our affairs. Needless to say Deists do not attend church or actively worship in any sort.

As a result of this, it was realized that not all men hold the same beliefs, yet all people should have the right to express them. Thus the First Amendment was written, protecting the people from Congress abridging the right to practice religion freely.

The First Amendment was placed first for one clear reason: it was the most important. Packed full with the most essential rights of freedom of speech, freedom of press, and right to peaceably assemble, the right to freedom of religion is the first listed.

The Constitution and the Bill of Rights are the documents used to govern the United States, not the Bible, and sadly the two don’t always align in views. These documents should, and do trump the Bible when it comes down to important decisions such as same sex marriage.

Thankfully the founding fathers had the foresight to place the freedom of religion at the top of the list, and follow the precedents set by their ancestors.

Religious values are NOT the weighing mechanism for what is good and right for our country, nor should they be allowed to become such.

So, when hard-core conservative politicians and candidates reference our “Christian values” remember the First Amendment, and then ask yourself a question, “What Christian values?”