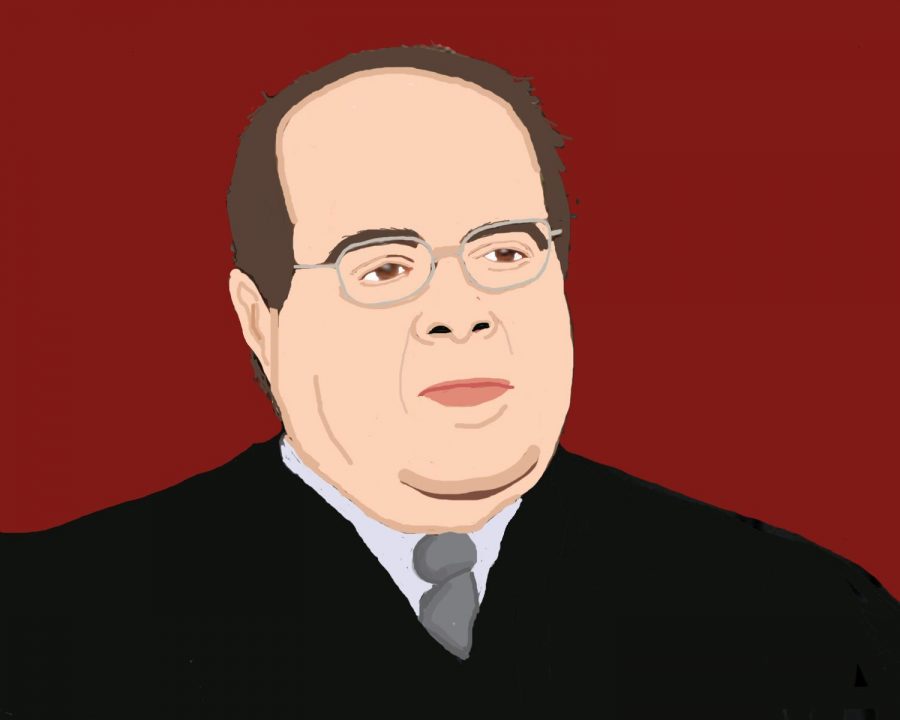 On Sunday, February 14, I got a notification on my phone that Supreme Court Justice Antonin Scalia died at age 79. Unlike most people around me, I did not feel a sense of joy or find it humorous. Instead, I felt empathy for the great loss that many must have felt in losing him. Scalia was not a “bad” or “evil” Justice and he certainly was not a horrible person.

On Sunday, February 14, I got a notification on my phone that Supreme Court Justice Antonin Scalia died at age 79. Unlike most people around me, I did not feel a sense of joy or find it humorous. Instead, I felt empathy for the great loss that many must have felt in losing him. Scalia was not a “bad” or “evil” Justice and he certainly was not a horrible person.

We often see only the bad in people in the government. With Justice Scalia, this is especially true. For example, many people on Twitter rejoiced in his death. Yet, we cannot make assumptions about his character based solely on our disagreement with certain decisions he has made.

The reason we have the Supreme Court is to interpret the Constitution and set precedents for lower courts. Clearly, there will never be an easy agreement or answer when it comes to our government. Generally speaking, there are two common interpretations of the Constitution.

Firstly, there are those more “liberal” Justices that believe the Constitution is a “living” document, and that interpretations of it must change with time. On the other side, there are those that believe in originalism, meaning that Justices should stick with (in general) the original intent of the Constitution. While there is a huge divide between both interpretations, both are equally valid schools of thought.

Justice Scalia was described as (mostly) an originalist. Most of his criticism is because of his rulings on certain cases. In my own eyes, I respect him hugely for doing what he feels our Constitution merits. He was not corrupt in any sense of the word. He was intelligent and influential Justice. He was an avid advocate of what he believed to be right.

Antonin “Nino” Scalia was a friendly man, who was often described as “witty” in court. He gained huge respect from his friends and fellow Justices. Unlike some people in government, we have no reason to hate and harshly criticize Scalia. He is a good person who, particularly in death, deserves the respect of the American public.

I have respect for every Supreme Court Justice, but what made me genuinely believe that Scalia was a person to respect was the stories I read about how he treated his fellow Justices, Ruth Bader Ginsburg in particular. I believe a huge sign of character is how we treat those around us and Scalia treated those around him with respect. Justices Scalia and Kagan went hunting together and considered each other friends. Despite the fact that they often had opposing opinions in court, they acted kindly towards each other.

Ruth Bader Ginsburg and Antonin Scalia were dear friends, in her own words. They had met earlier in their careers and continued to be friends well after. There is currently a comic opera about their friendship and the interesting and fun nature of it.

We can all learn a lot from Justice Scalia. He showed the American public that people with differing political and social views can get along perfectly well. This is a lesson all people involved in politics could learn from. It does not always have to be about a party or ideological lines, and it is important to have respect for fellow colleagues and leaders.

It baffles me that we would celebrate anyone’s death. Particularly of people who did nothing to deserve our disdain. Justice Scalia worked hard to defend the Constitution and acted solely from the view of a judge. He was fair and upheld the role of the Supreme Court to the highest point. My hope is that we begin to judge people on their character, and not only their ideologies. We should show respect to Scalia as an important figure in our country and history.