Sports Editorial: Steroids may no longer be just for pros 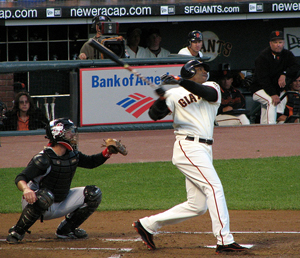 These athletes are all incredible in their sport. They are house-hold names and, to many, heroes. Adding steroid accusation to this list seems unreal and not even fair.

In a world of professional sports where athletes are put on a pedestal and idolized by all for their amazing abilities, thinking that their talents aren’t even real can anger even the most devoted of fans and make everyone wonder why does one have to cheat to be the best.

Unfortunately steroids has been added to the list of how athletes can keep up their game and be “the best.” Performance enhancement drugs have become increasingly more common, and, with athletes “getting caught doping” and having punishment of stripped titles, missing parts of season, and perhaps a ruined reputation.

Some student athletes feel that steroids aren’t even that big of a deal, while others feel that they don’t help the athlete as much as we think.

“Steroids don’t make them hit the ball, the natural talent is always there,” said Collin Boys, a Foothill senior who plays baseball for Buena.

“Athletes take steroids because they feel they’re not good enough, working hard naturally and being the best you can be just isn’t enough for them.”

In sports, wanting to be the best can range from practicing everyday, giving one hundred percent plus more in games, to basically just breathing, sleeping, and living the sport.

With college being a top priority to high school students, and the process of getting there being a scary road, some will go to any extreme to make it. Some student athletes will turn to steroids not for the perks of being big and strong, but just for colleges to notice them and possibly get a scholarship. Even the not-so-nice side-effects of hair loss, severe acne, and permanently stunted growth won’t make some students think twice.

In a dog-eat-dog world, desperate measures are taken to get to the top. High school athletes aren’t thinking of the big picture and the long road ahead. It’s all about getting to the next higher step, and improving in any way possible, a drug enhanced lifestyle, health problems, and false success doesn’t even cross their minds.

The motivation of steroids can range from lack of self-confidence to over-competitiveness or maybe fitting in. No one can stop an athlete from taking steroids, and influence is high when the best of the best feel they have to rely on it. Hopefully, coaches and athletic figures can start getting the message across that being a star athlete means you have to work at it naturally.

Success is best when you do it on your own, and instead of setting impossible standards for athletes, we as a society should accept athletes at what they can do without any “help.”