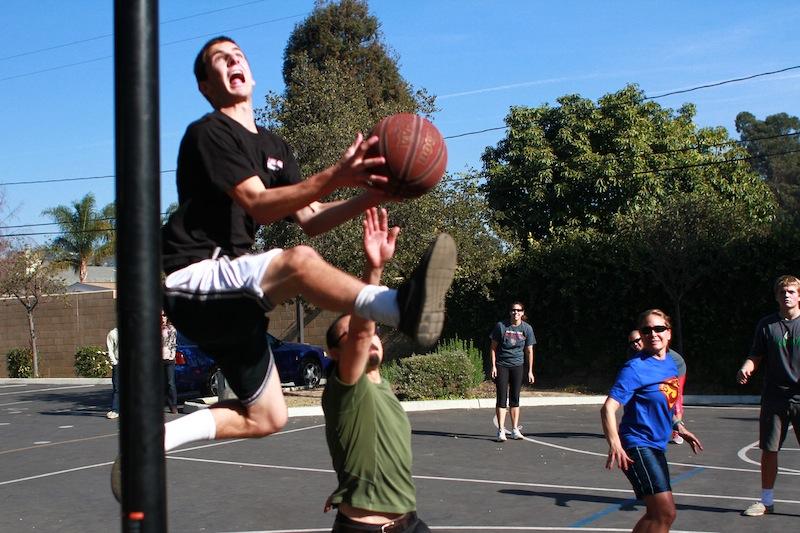 For the first time in twelve years, the student team defeated the staff in the three-versus-three basketball game this Friday.

Captain Logan Werre said that he appreciated having the lunchtime league available, since Foothill has no organized sports available for this school year.

“I thought it was good for people who play sports, like basketball especially,” said Werre. Werre was also the lead scorer for his team, with four baskets.

The star player for the staff team was Bova, who led the scoring with five out of his team’s total six points. Bova also had three offensive rebounds and five defensive rebounds.

Bova and his teammates were disappointed in the final score of the game.

“We’ve won every year, so we put a lot of pressure on ourselves to keep the streak going,” Bova said. “It’s a ‘for fun’ game, but I’m not playing for losing.”

This was Werre’s first year competing in Foothill’s lunchtime basketball league. Werre stated that he was motivated to sign up due to a desire to “beat Mr. Bova,” a goal he and his teammates were able to accomplish.

The staff members, however, were unsatisfied with the final outcome. Said Stevens, “We want a rematch!”