“Catching Fire” captivates with action in a dystopian world 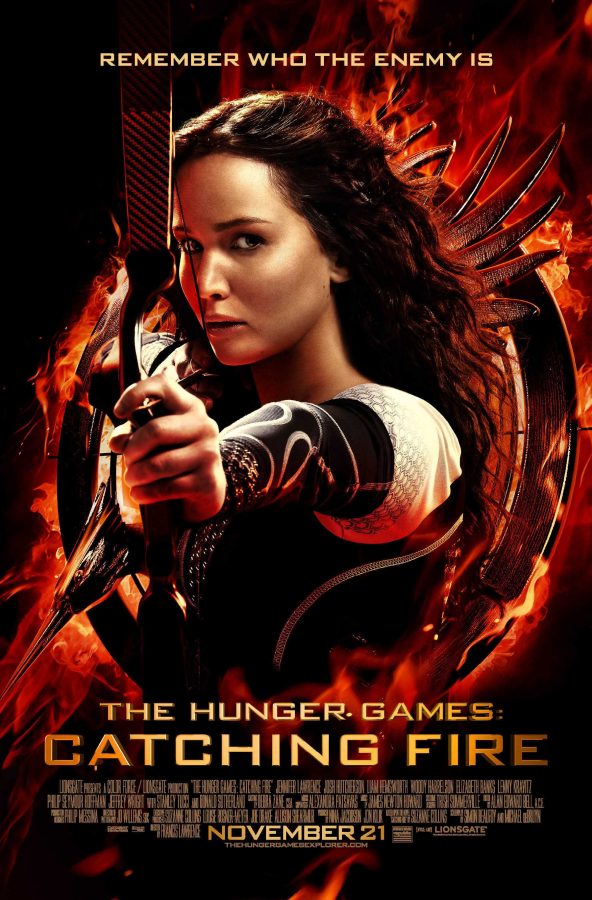 Katniss Everdeen left the 74th Hunger Games as a symbol of hope and defiance of the evil government of Panem, and in “Catching Fire,” she has a new threat: the straight-out-of-an-Orwell-novel Capitol leaders, who view her as a threat to their dystopian society.

“Catching Fire” perfectly captured the high stress and fear of the characters and their world, and didn’t waver much from the original book. The costumes and sets were perfect and helped establish the new themes of revolution that weren’t present in the first movie.

As a sequel, “Catching Fire” was what I expected and wasn’t exactly groundbreaking, but the excitement of the story was well-executed and kept me anxious for entire two hours of the movie. Its November 22 release garnered lots of excitement from longtime fans of the book series or moviegoers who were just curious to see what happened after “The Hunger Games.”

Adapted from Suzanne Collins’s eponymous novel, “Catching Fire” stayed very true to the book, with only a few things that could take a bit longer to understand for those who hadn’t read it.

When it came to things that the book didn’t address, namely many of the visual aspects, “Catching Fire” was amazing. The brutalist architecture and cold concrete rooms in the Capitol reflected strength strictness of Panem, and the oppressive world is also reflected in in Panem’s media, which seemed inspired by Stalin-era communist propaganda.

But the set and costume designers weren’t the real creators of the dystopian world, the Capitol was. With Katniss threatening their society, they threaten her, her family, and her entire District with death and suffering.

There was a lot of violence, emotion, and exciting moments. Someone is either killed, injured, or threatened by either in seemingly every scene. This helped the viewer understand the constant anxiety and fear felt by citizens of Panem.

Though a long movie, “Catching Fire” held my attention with its action, drama, and crazy dystopian storyline made believable through its precise adaption from the book, as well as the sets and costumes.