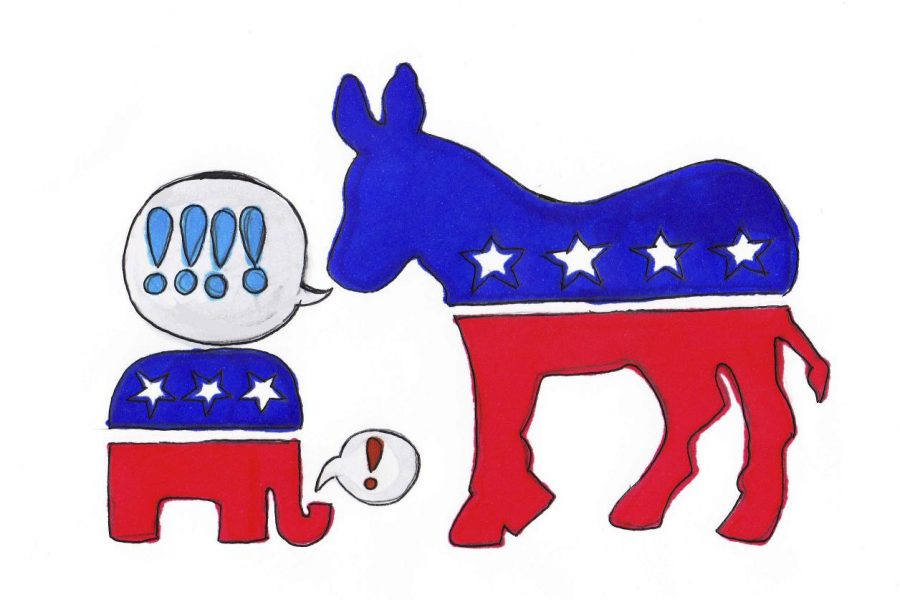 A place where the minority is extremely silenced, where they can’t even be heard, is what Foothill has become.

On a campus that is overwhelmingly liberal, conservative students are becoming less and less relevant.

In the classroom, in the hallways, and at the lunch table, you could go virtually anywhere on campus and talk to almost anybody and find an undisputed liberal way of thinking that defines Foothill Tech’s attitude. Even the teacher’s at Foothill’s campus are for the most part are liberal. Liberal teachers outnumber conservative ones 2:1, according to a survey taken of all of Foothill’s staff.

Feeling the pressure of an extremely lopsided political population, conservative students are becoming more and more hesitant, or even afraid of voicing their opinions on the smallest issues pertaining to political, social, and economic views, because of the relentless attacks by an unfair amount of opposition.

Maybe it’s the city of Ventura, maybe it’s the recent political dominance of the Democratic Party in elections and so-forth, or maybe it’s the liberal environment of the teacher community at Foothill that makes the campus so one-sided. Whatever the reason, Foothill needs a change. Foothill is in desperate need of political diversity (Or as much as you can have in America.)

In the classroom, liberal students dominate lectures, discussions, Socratic Seminars, etc. while the few conservatives are forced to sit silent, and if one of us does happen to voice an opinion that contradicts the belief of the favored majority, they’re pretty much shot down by the rest of the class.

In the hallways, where there is no teacher to at least monitor student arguments and/or discussion, it gets even worse for the minority. Some political conversations sometimes even evolve from calm, intellectual debates into one sided attacks from one group onto one lone person who tried to stand up for what he or she thought was right.

Obviously we can’t expect students to just get up, take one for the team and start becoming young conservatives, and we can’t expect flaming liberals to just stop making their thoughts and ideas known either.

The solution is simple, yet it may be difficult for some to accomplish.

Liberals, you’re going to have to let the other side have their voice be heard. Don’t humiliate. Don’t silence. Don’t give hostile, judgemental glances. Just sit down, have a calm conversation, and if you think your opposition is wrong, tell them politely and convincingly as best you can.

Of course not all liberals attack the few conservatives on campus. However, after a student is stifled for so long under this liberal rule, it seems pointless to even start a debate with so much opposition. After a while of getting blasted by counter argument after counter argument, everything seems like an attack.

Trust me. I’ve been fighting the conservative fight for three years now, and it’s never gotten easy, and unless liberals start letting the other side of the argument be heard, it probably never will.