The value of integrity 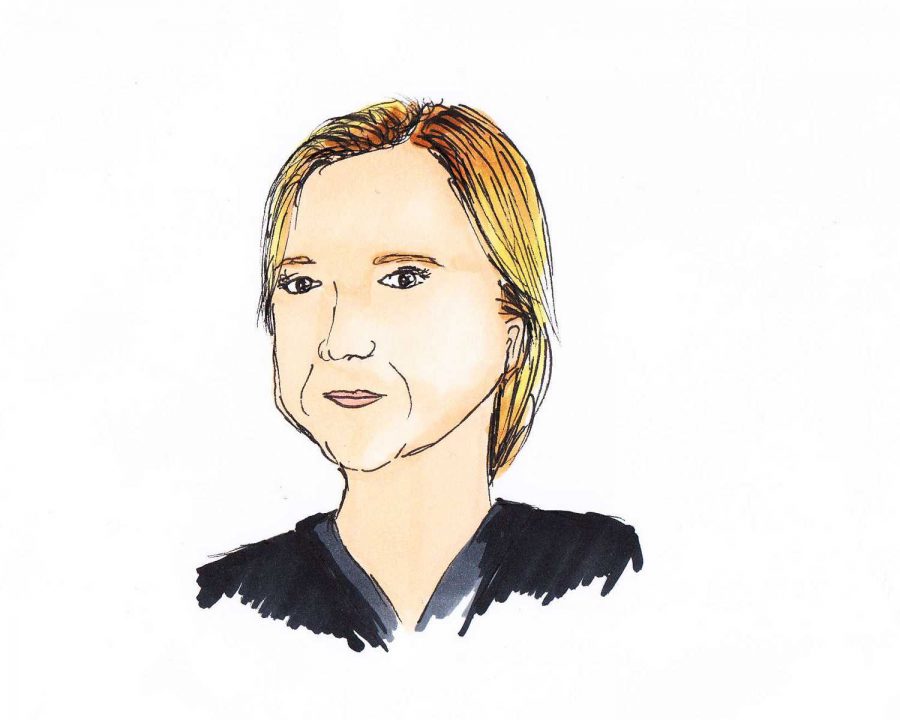 Opinion writer CJ Haberbush believes that the value of integrity is what's led many voters away from Hillary, swaying them toward radicals like Trump and Sanders. Credit: Jessie Snyder/The Foothill Dragon Press.

The Iowa caucus kicked off a long and arduous year of presidential campaigning and debates. The outcome was surprising. The democratic vote was split almost exactly 50 percent to 50 percent between Bernie Sanders and Hillary Clinton. Sanders received 21 delegates, and Clinton received 22. This was a completely unexpected outcome.

The Iowa caucus kicked off a long and arduous year of presidential campaigning and debates. The outcome was surprising. The democratic vote was split almost exactly 50 percent to 50 percent between Bernie Sanders and Hillary Clinton. Sanders received 21 delegates, and Clinton received 22. This was a completely unexpected outcome.

So why did Clinton do far more poorly than expected?

The answer may simply lie in the quality of integrity.

My father has often told me that integrity is the most important quality that a person can have. Among the qualities that he has attempted to instill in me, integrity has always been highly stressed. It is inevitable that I will make mistakes, but the consequences will always be worse if I attempt to lie and cover them up.

I recently had to learn this lesson again. I won’t get into the gritty details, but I lied to my father, and it not so shockingly only made things worse. While I found myself between a rock and a hard place, I also realized that I’d been hearing this same rhetoric elsewhere. Hillary Clinton had put herself in the exact same position as I had put myself.

Hillary Clinton kept archived, classified messages on her private e-mail as a matter of convenience, and then attempted to cover it up. The material wasn’t just “classified,” it was top secret SCI (Secret Compartmentalized Intelligence), the most sensitive material in the intelligence community, and improper handling is a felony offense. Regardless of the severity of her crime, she lacked integrity, which in many ways is far worse than her initial mistakes. Had she been quick to admit her mistakes and ask for forgiveness, in all likelihood the public might be much more forgiving.

Instead she lost the trust of many. You can build one thousand bridges, but burn one bridge and you will forever be known as a bridge burner. Hillary Clinton will always be a bridge burner in the eyes of many. She lied, and for many, her reputation is irreparably damaged.

Her husband made the same mistakes during his presidency. The Monica Lewinsky scandal is still popular fodder for comedy and political attacks, chiefly because Bill Clinton attempted to cover up his lies in a similar fashion.

While the scandals likely would have haunted him regardless, it has had a significantly greater detriment to his reputation than had he simply owned up to his mistakes. He had the opportunity to mitigate the sting of public outrage by taking responsibility and offering his sincerest apologies. Instead his attempts to cover up the mistake caused people to lose their trust and respect for him.

Ironically, the same characteristics of integrity and sincerity are exactly what appeals to many about presidential candidates Bernie Sanders and Donald Trump. Sanders and Trump appear to be different than the “average politician,” because they are both blatantly outspoken with their opinions.

Sanders is running on an audacious platform to enact social change, and openly admits that he favors a form of Democratic Socialism similar to the Scandinavian countries of Europe. Sanders seems sincere and caring, appealing to many younger voters. He shows remarkable courage and integrity admitting that he favors socialism, a word that just a few decades ago was taboo. Many would not have dared to mention socialism in the same sentence as their own names.

Trump, on the other hand, appeals to the same emotions in a very different fashion. Often referred to as a populist candidate, Trump is much more than “not the average politician.” He is simply not a politician at all. Trump makes outrageous statements contrary to the political game typically seen on Capitol Hill, and people love it. While the majority of his statements are completely ridiculous, people do not see him as the typical “lying” politician.

People seem to love the same exact attributes about Sanders and Trump, though the two express them in opposite manners, and thus the two are wildly popular. Despite the fact that Sanders does not realize that the president does not have the power to enact the policies he proposes, and Trump simply does not have policy, the two are still dominating the media. Due to their integrity, many people respect them much more than a candidate like Clinton.

Let’s go back to my father for a moment, a retired U.S. marine, who has told me entertaining stories of his time in the service throughout my childhood. One of my favorites is when he told me about being called in to face his superiors after making a mistake. He owned up to it, to which he received the response “Good integrity, bad judgment.” He still made a mistake, but wasn’t punished for lying to cover it up.

Hillary Clinton showed bad judgment and bad integrity, and now she is paying the price.

Integrity is crucial to receiving respect and trust. So next time you are trying to cover your tracks, stop for a second, and consider the consequences.