Professional athletes are affecting our youth 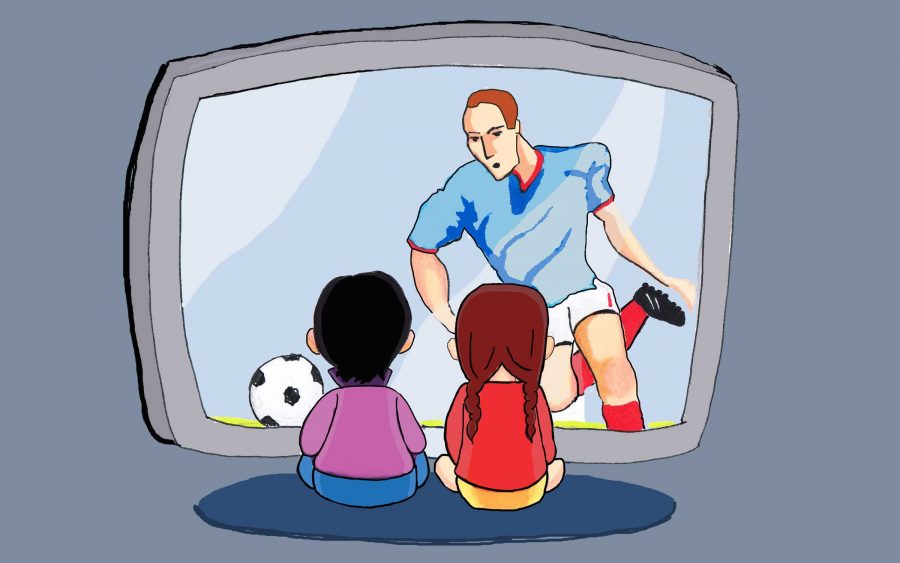 Today, there is a good variety of negative and positive impacts that sports stars have on kids around the globe. I bet that you can relate some of the names I just listed with both positive and negative actions. For example, Jackie Robinson, the first professional African American baseball player. Robinson broke the Major League Baseball color line. Or, on the other hand, there’s OJ Simpson, a 6 time Pro Bowl football player who is currently serving a 33 year jail sentence in Clark County Nevada for armed robbery and kidnapping.

Professional athletes are celebrities, and millions of kids around the world (including myself) grow up watching them play.

Everything that players do on and off the field is being closely watched by fans. We all know that kids love to copy. Copy the gum a baseball player is chewing, the 500 dollar pair of shoes a basketball player wears on the court, and even the shampoo a football player uses after a game. Kids will copy anything that their hero does, which makes this a big money making industry that gives these athletes a ton of power. However, what kids copy the most is a player’s attitude.

This may not be negative, because there are many athletes with good sportsmanship that do a lot to help the community when they are not playing. But, as all of us know, there are unfortunately a lot of well known sports stars that do a lot of shady things.

It’s a fact that there are a lot more athletes with a positive influence. However, you probably never hear about them. The media loves when players commit a crime, or do something unusual that the fan base normally doesn’t see. The media spills out all of this bad influence onto (guess who) our nation’s youth.

As I’ve stated before, kids love to copy. If you can’t think of any athletes that may pose a bad influence on a child, let me pop a few into your head.

Let’s start with something on the more minor side, like NFL star Tom Brady. Brady is a well known football player who just won the Super Bowl, but last year his title of “champion” quickly changed to “cheater.” Brady was accused of deflating the air out of the footballs before each game to make them easier to catch. I’m not here to tell you if I believe the allegations are true or not, but the fact of the matter is that kids all over the country now think that the only reason why Brady is so good is because he cheats.

Is this the message that we want to send young athletes? Cheating is how you become successful?

Let’s step it up a notch to something more intense. Coincidentally another Patriots player, Aaron Hernandez, was recently convicted of murder. Or there’s Ray Rice, a popular NFL player that recently beat his wife to the point of knocking her out while he was extremely intoxicated in an Atlantic City elevator.

It’s also no secret that some professional athletes use performance enhancing drugs in order to get the edge on their opponents. The suspensions of New York Yankee Alex Rodriguez and a number of other baseball players for the use of banned performance enhancing substances reflect this ongoing problem. This can really affect the children who look up to them, which is why I’ll say it again: kids copy.

What do you want your kid, who’s passionate about sports, to grow up to be? Do you want them to become an athlete that works hard to provide for their family and participate in charity work for the community? Or a player that only cares about making money, living the high life and getting endorsement deals?

As a parent, is it your job to constantly monitor who your kids watch? Or teach your kids not to always copy the decisions that your hero makes? Or should we even have to have that conversation at all?

According to a survey by the Kaiser Family Foundation, 74 percent of kids say that it is common for a professional athlete to yell at a referee; 62 percent say that trash talking opponents is the norm; and 46 percent say it’s not uncommon for athletes to take cheap shots at opponents.

Yes, this is the case nowadays. The media reports frequently on sports stars who are displaying irresponsible and inappropriate behaviors in their personal lives, yet the average professional athlete makes 4.5 million dollars. Believe it or not, a survey released just before the Super Bowl suggests that 64 percent of Americans think professional athletes have more influence in society than pastors.

Professional athletes have the ability, if they choose, to use their tremendous influence in this country to show kids how to be a fair, honest, and good person. I think that it’s time to take a step toward change and have these powerful people change the way America grows up.